Fighters On The Rise | UFC Fight Night: Strickland vs Imavov

Make Sure You Know Which Athletes Have Momentum Heading Into UFC Fight Night: Strickland vs Imavov
By E. SPENCER KYTE, ON TWITTER @SPENCERKYTE • Jan. 9, 2023

I know Larry David would prefer that I not say that this far into January, but since we’re getting set for the first event of the 2023 campaign, I think it’s still acceptable.

The opening event of the year is stacked from top to bottom with competitive fights, many of which feature emerging talents and Dana White’s Contender Series (DWCS) graduates.

As someone that enjoys tracking fighters year-after-year and from the early stages of their UFC careers (if not before), cards like this are always appealing to me, and they make finding names to spotlight for you to pay close attention to nice and easy.

With plenty of options to choose from, here are the three athletes competing on Saturday that could rise through the ranks in the coming year. 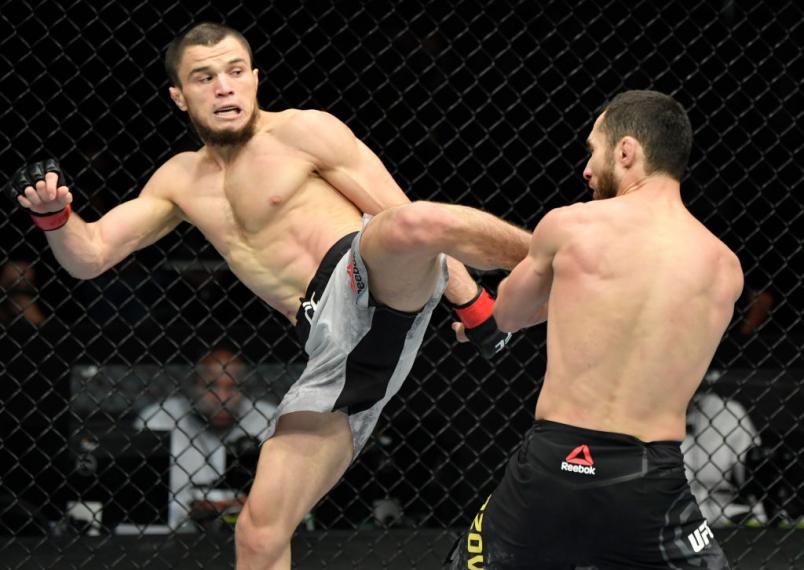 The 26-year-old bantamweight has been every bit as good as advertised thus far in his UFC career.

After arriving with a 12-0 record, he has collected victories over Sergey Morozov, Brian Kelleher, and Nate Maness to push his record to 15-0 and climb into the Top 15 in the 135-pound weight class. While he’s shown greater diversity in the striking realm than his cousin and coach, former lightweight champ Khabib Nurmagomedov, the base of his game remains his grappling abilities and they are off the charts.

This weekend, Nurmagomedov steps in with Raoni Barcelos, which feels like the sternest test of his UFC tenure.

The 35-year-old Brazilian is 17-3 overall, comes in off a good win over Trevin Jones in October, and has the well-rounded arsenal needed to potentially push Nurmagomedov. He’s faced quality competition throughout his career, and is the kind of experienced, savvy, polished fighter that could, in theory, make a prospect pay if they get out over their skis a little too far.

Nurmagomedov is one of the most promising young talents on the roster and profiles as someone with championship upside. Saturday’s main card assignment opposite Barcelos should provide some clarification regarding how close he is to shedding that prospect label and how quickly he might be able to climb the ranks in the ultra-competitive bantamweight division. 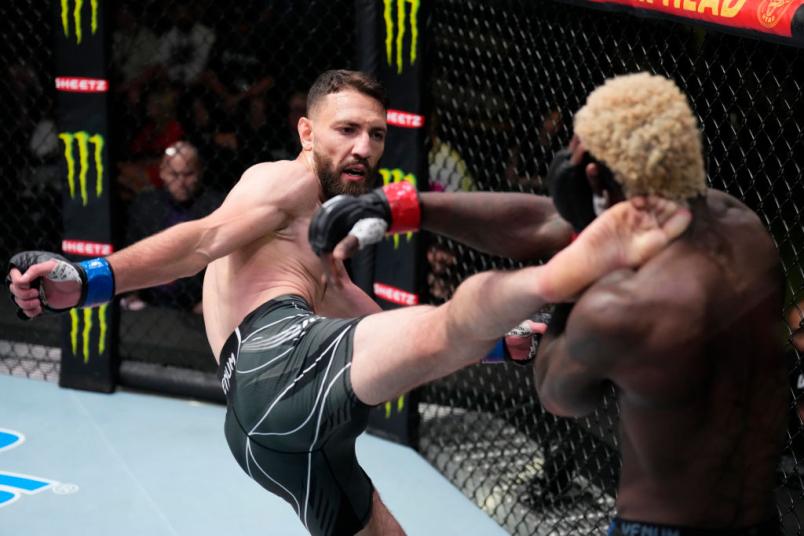 Javid Basharat of England kicks Trevin Jones of Guam in their bantamweight fight during the UFC Fight Night event at UFC APEX on March 12, 2022 in Las Vegas, Nevada. (Photo by Chris Unger/Zuffa LLC)

A member of the DWCS Class of ’21, Basharat earned a pair of victories in his rookie year in the UFC in 2022, and he looks to maintain his unbeaten record as he kicks off this year in a clash with Class of ’22 alum Mateus Mendonca.

The 27-year-old “Snow Leopard” struggled at times on the regional circuit to get fights because of his reputation as a top prospect, and showed why in his freshman year in the Octagon. After beating the aforementioned Trevin Jones in his debut, Basharat took a good step up in competition and defeated Tony Gravely in his second appearance of the year.

Basharat is well rounded and confident in every phase, happy to trade on the feet, battle in the clinch, or tangle on the ground. He’s at his best when he’s working in all three phases and keeping opponents guessing, and as he continues to garner more experience, a move towards the rankings is likely to follow.

Mendonca earned a contract with a statement win last fall on Dana White’s Contender Series, pushing his record to 10-0 with a 48-second finish of Ashiek Ajim. A member of the Chute Boxe Diego Lima camp, the 23-year-old should be well prepared to make the walk to the Octagon for the first time and, like Basharat, he carries the confidence of someone that has yet to taste defeat.

For Basharat, this is a quality test that will help ensure he’s the kind of high-upside fighter many forecast him to be. Mendonca isn’t someone to be taken lightly, and if Basharat can spoil his debut while handing him the first loss of his career, a further step-up should follow later in the year. 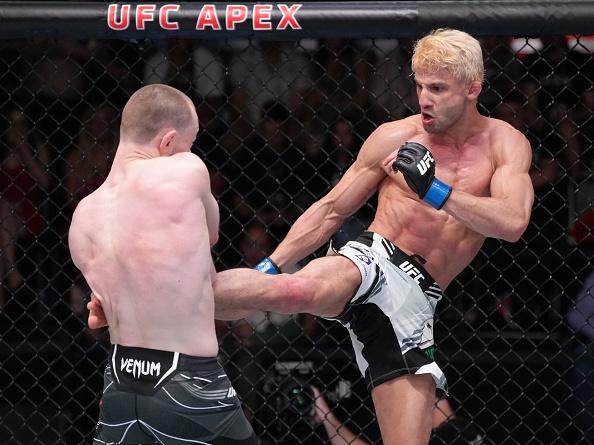 Allan Nascimento of Brazil kicks Jake Hadley of England in a flyweight fight at UFC APEX on May 14, 2022 in Las Vegas, Nevada. (Photo by Jeff Bottari/Zuffa LLC)

Just before Mendonca makes the walk for the first time, his teammate Nascimento will saunter to the Octagon for a flyweight showdown with Carlos Hernandez.

The 31-year-old Brazilian feels like a dark horse contender in the 125-pound weight class heading into this year — an experienced fighter with a 19-6 record and coming off a very strong showing against British prospect Jake Hadley in his lone appearance of 2022. Though he’s just 1-1 under the UFC banner, Nascimento’s debut loss to Tagir Ulanbekov came by way of split decision in a fight many observers feel “Puro Osso” deserved to win.

The Chute Boxe Diego Lima representative has very good size for the division and a wealth of experience, both of which served him well against Hadley and should work in his favor here against Hernandez, as well.

Another DWCS product competing on Saturday, Hernandez has won eight straight since dropping his professional debut, including a split decision win to earn his UFC contract, and another over Victor Altamirano in his promotional debut last February. He faced limited competition on the way to the Contender Series, and has been in close fights since, but you can be sure the team at the VFS Academy will have him ready to go for this one.

Flyweight is rich with talent, but a little short on experienced, veteran competitors, which is why it feels like there is room for Nascimento to potentially make a little push forward this year. He looked sharp in his win over Hadley last year, and if he can replicate that effort here — or improve upon it — he could find himself facing someone with a number next to their name in his second fight of 2023.