There Are A Ton Of Rising Stars On Saturday's Card. Here Are Three To Look Out For.
By E. Spencer Kyte, on Twitter @SpencerKyte • Jul. 20, 2021

This week’s edition starts with an apology, offered up to the various athletes competing on Saturday that could have been featured in this space, but were ultimately not selected through no fault of their own.

When you’re limited to three names and there are more than half-a-dozen deserving athletes to choose from, there are going to be more competitors that don’t get a moment in the spotlight than that do, and that’s unfortunate because Macy Chiasson, Kyler Phillips, Randy Costa, Nassourdine Imavov, and Elise Reed are all Fighters on the Rise, but this weekend’s card is just so packed with emerging names that they weren’t selected this time around.

But file those names away for later because you’re going to hear them again — on Saturday night inside the Octagon, in this space in the future, and climbing the ranks in their respective divisions, as well — and continue reading because the athletes featured below have shown they too are going to be forces within their individual weight classes and have the potential to be three of the athletes everyone is talking about the most when the smoke clears and the dust settles on Saturday night.

This is the July 24 edition of Fighters on the Rise.

Through his first two appearances inside the Octagon, Punahele Soriano has made it impossible to ignore him and overlook his upside in the middleweight division.

A graduate of Dana White’s Contender Series, the 28-year-old Hawaiian earned a first-round stoppage victory in his debut against Oskar Piechota at UFC 245, starting the night with a bang by detonating a left hook on the Polish veteran’s chin. Hip surgery resulted in the Xtreme Couture representative spending all of 2020 on the sidelines, but when he returned earlier this year on Fight Island, Soriano made sure to make up for that lost time, registering a second straight first-round stoppage victory to push his record to 8-0 overall.

Saturday night, Soriano faces Brendan Allen in a bout that is both a step-up in competition and a chance to gauge where the heavy-handed Hawaiian fits in the fluid middleweight ranks at the moment.

A fellow Contender Series alum, Allen won his first three UFC appearances before suffering a loss to Sean Strickland but has since rebounded with a first-round submission win over Karl Roberson. He is, by most estimations, a little further along in his development and career than Soriano, which is why this is such a compelling matchup for the undefeated up-and-comer.

Beating Allen would put Soriano on the fringes of the Top 15 and send him into the final five months of 2021 on a three-fight UFC winning streak, poised to take on even greater challenges and perhaps even position himself to make a Top 10 push in 2022.

Much like Soriano, Maverick has used her first two UFC appearances to establish herself as one of the top young talents on the roster, following up her breakthrough 2019 campaign under the Invicta FC banner with a win over UFC vet Pearl Gonzalez to start 2020 before adding a stoppage victory over Liana Jojua in her promotional debut at UFC 254. Five months later, the 24-year-old PhD student at Old Dominion University pushed her winning streak to seven with a unanimous decision triumph over Gillian Robertson that elevated her into the flyweight rankings and put her on a fast track to contention in the 125-pound weight class.

A powerful grappler with crisp, aggressive striking and excellent fluidity in the cage, Maverick has shown poise and savvy beyond her years in her first two UFC appearances, making proper mid-fight adjustments against Jojua to shift the momentum in her favor and navigating numerous tricky exchanges on the canvas with the more experienced Robertson in March. As much as her physical abilities are obvious and make her a tremendous prospect, it’s those intangibles that really set her apart from her peers. 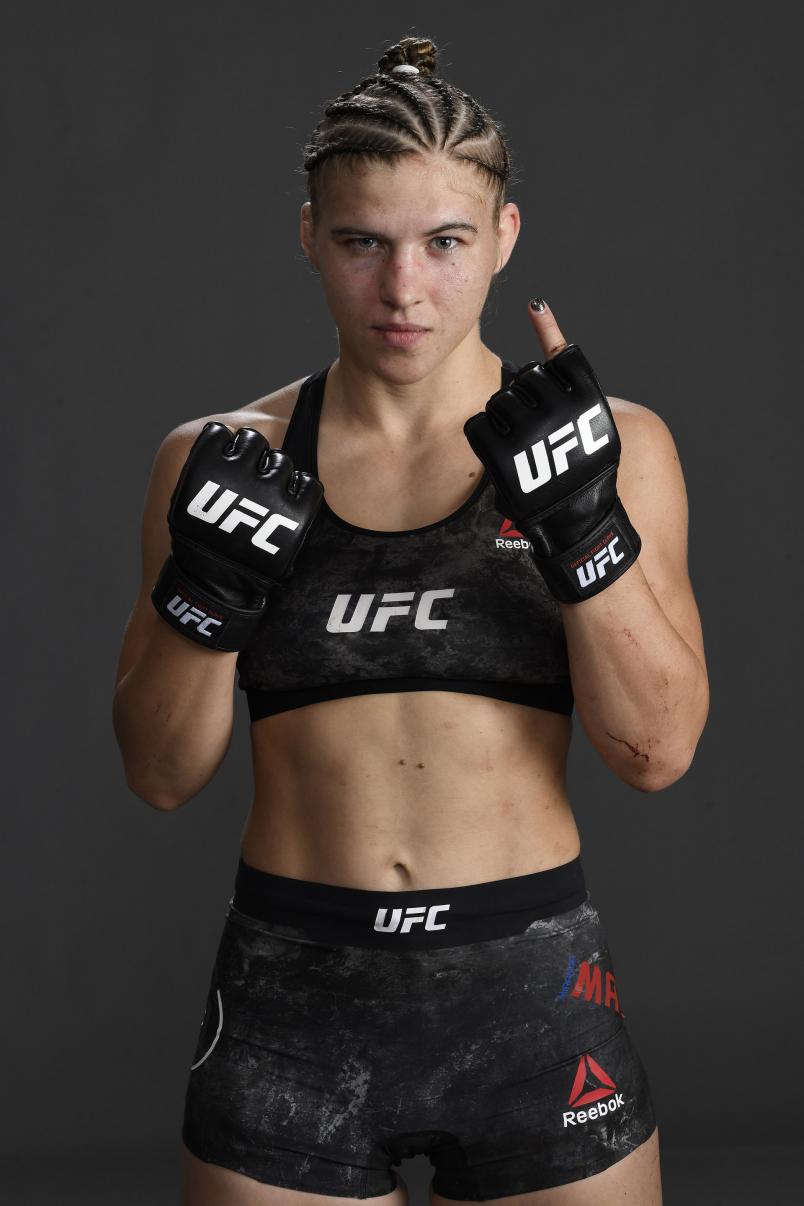 This weekend, Maverick squares off with Maycee Barber, the 23-year-old who raced out of the gate with a trio of stoppage victories to begin her UFC tenure before losing to veteran Roxanne Modafferi, shredding her knee, and falling to Alexa Grasso in her return to action earlier this year. It’s a dangerous fight for the highly regarded Maverick and one you can expect her to approach with the same focus, tenacity, and preparation as she has throughout her brief, but impressive, UFC run to date.

Neither Modafferi nor Grasso were able to put Barber away, so if Maverick can secure a finish on Saturday night, it could propel her even further up the rankings and put her in a position to face someone like Grasso or another member of the Top 10 in the final quarter of the 2021 campaign.

It’s been a pretty strong last 12 months for Adrian Yanez, who returns to action on Saturday night in a fan-approved, eagerly awaited clash with Randy Costa that was politely negotiated and arranged by the two bantamweights on Twitter.

Last August, he literally punched his ticket to the UFC with a 39-second knockout win over Brady Huang on the Contender Seres, and then two months later, he aced his debut assignment, dropping Victor Rodriguez with a head kick halfway through the first round to run his winning streak to five. In January, Yanez silenced veteran Gustavo Lopez, exhibiting slick counterstriking throughout before putting him on the deck just 27 seconds into the third round 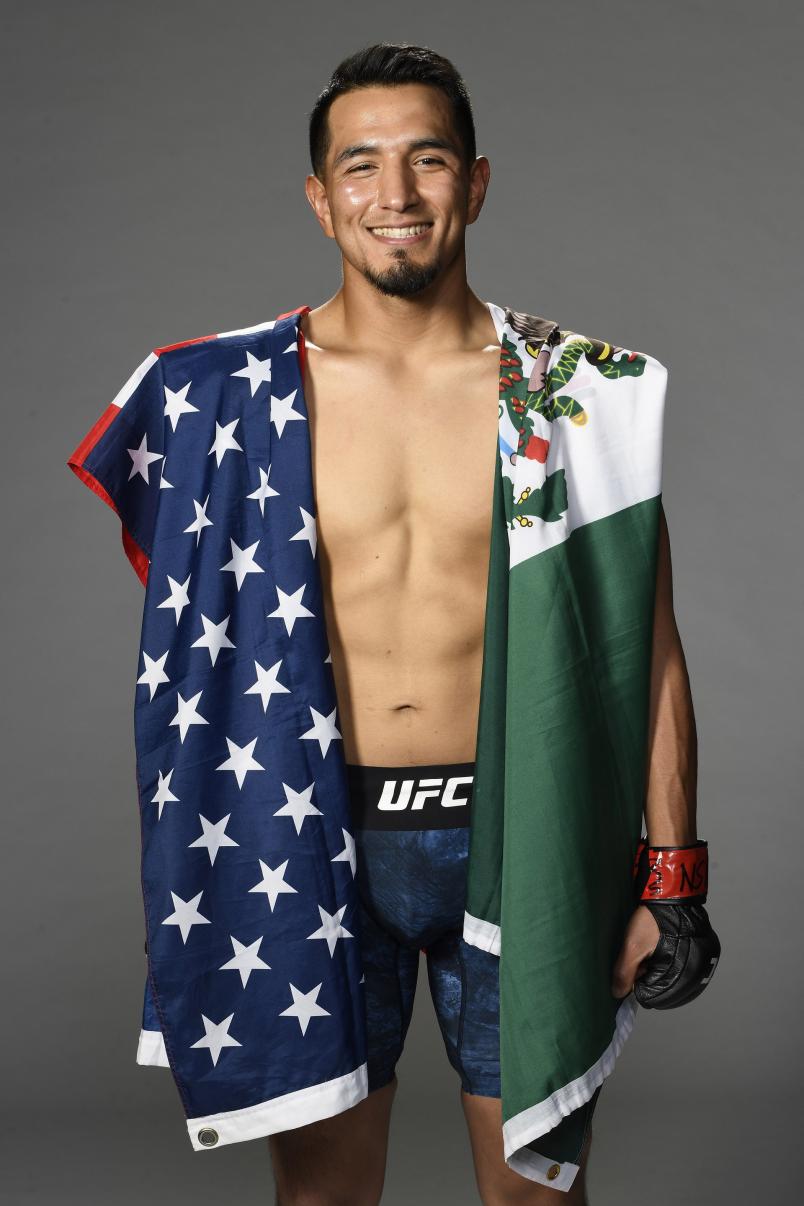 Now 13-3 overall, the 27-year-old Houston native has already established himself as one of the top emerging talents in the ultra-competitive bantamweight ranks, and this clash with Costa on Saturday is an opportunity to further showcase his skills in what should be an action-packed affair. After losing his promotional debut to Brandon Davis at UFC 236, “The Zohan” has responded with back-to-back first-round stoppage wins over Boston Salmon and Journey Newson, cementing himself as a dangerous, developing finisher in the 135-pound weight class.

Yanez has shown flashes of championship upside to start his UFC career, as his quick hands and precise counterstriking ability are elite tools that will only continue to get better as he gains further experience and confidence inside the Octagon. Costa is the kind of all-action opponent that will force him to be at his best this weekend, and if he can secure another victory — and ideally another finish — Yanez should head into the back half of the 2021 campaign on the fast track to facing Top 15 competition.