Fighters On The Rise | UFC Fight Night: Kattar vs Chikadze

Depending on your age, you either sang the above as (a) the theme song to Welcome Back, Kotter, the ‘70s sitcom starring Gabe Kaplan and featuring a young John Travolta, (b) the first single of Bad Boy recording artist Mase’s album of the same name, or (c) didn’t sing it at all because you’ve never heard of either, in which case, I feel really old.

Don't Miss Any Of UFC Fight Night: Kattar vs Chikadze

Regardless of where you fall in that tetra pack of options, welcome to another year of Fighters on the Rise, where ahead of each fight card, we’ll give you a little more information about a trio of talents poised to step into the Octagon that are either already making strides in their respective divisions or have the potential to as soon as the impending weekend.

This space has introduced fans to feature champions, current contenders, and some of this year’s top rising stars and will continue to do the same this year, beginning with the three competitors featured this week.

Here’s to another great year inside the Octagon filled with breakthrough performances and brilliant newcomers, most of whom will hopefully pass through this space.

This is the 2022 debut of Fighters on the Rise. 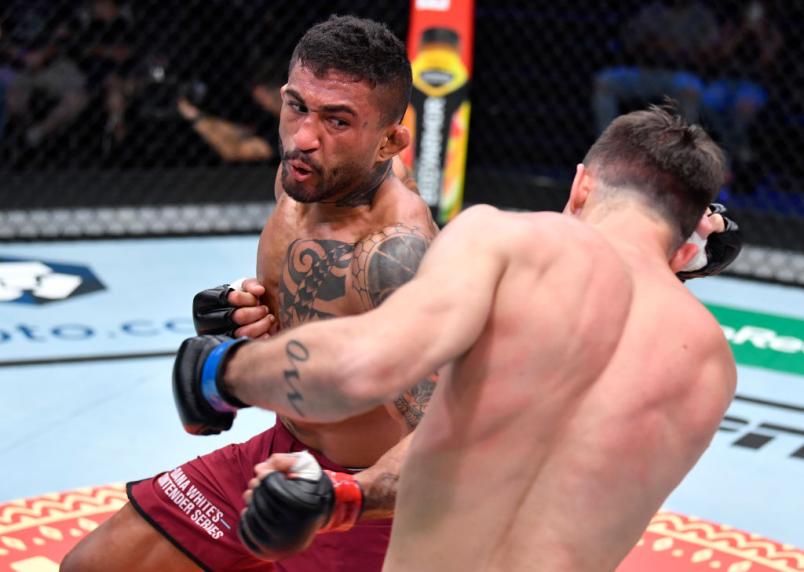 The bout was halted 10 seconds in the third round after Brito inadvertently poked Lopes in the eye, resulting in Brito losing a point, while still sweeping the scorecards with scores of 29-28 across the board. He had controlled the pairing with the LUX Fight League standout up to that point, and rightfully earned a contract at the end of the night.

Brito made his pro debut at the tail end of 2013, lost, was out of action for a year, and split a pair of bouts in 2015 to begin his career with an uninspiring 1-2 record. He drew level with a win in his next bout, fought to a draw to move to 2-2-1 through five fights, and hasn’t looked back since, rattling off 10 straight victories heading into Saturday night’s contest.

While he didn’t face any familiar names during his time competing in Brazil, Brito stopped regional veteran Jose “Chepe” Mariscal, who owns victories over UFC featherweights Pat Sabatini and Youssef Zalal, in his final appearance prior to his DWCS victory.

Saturday’s pairing with Algeo is a perfect opportunity to get a read on where Brito currently fits and could ultimately settle in the deep 145-pound weight class, as the 32-year-old Pennsylvania native is battle-tested, solid everywhere, and coming off a narrow defeat that he’s had to linger on longer than I’m sure he would have liked.

If he picks up a win in his debut and pushing his winning streak to 11, don’t be surprised if Brito steps into the fast lane in the featherweight division in order to see just how far he can take things before encountering any speed bumps. 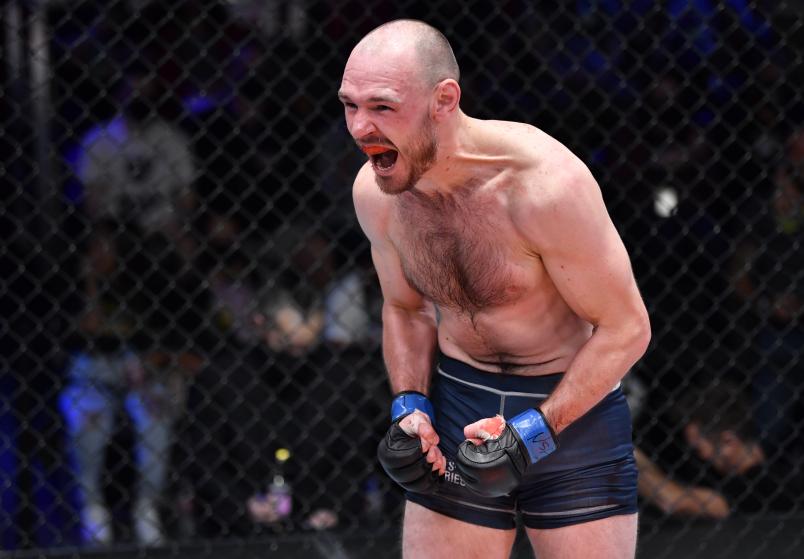 Borshchev was paired off with previously unbeaten Scottish lightweight Chris Duncan in mid-October in what was expected to be a back-and-forth scrap. Instead, the technical Team Alpha Male representative navigated Duncan’s pressure and takedowns in the first, getting the better of the exchanges on the feet before felling him early in the second with as clean a left hook as you’re going to see in MMA.

Where We Stand: UFC 2022 Division-By-Division Guide

Though he’s just 5-1 as a mixed martial artist, “Slava Claus” brandishes experience in boxing and kickboxing along with his early MMA efforts, and he has an opportunity to keep his momentum rolling in this matchup with Bush on the opening UFC fight card of the year.

A member of the Glory MMA & Fitness team in Lee’s Summit, Missouri, the 27-year-old Bush dropped a unanimous decision to Austin Hubbard in his short-notice promotional debut in April. He’s 7-3 for his career, logging most of those bouts under the LFA umbrella, and training under James Krause, you know he’ll come ready on Fight Night.

Much like Brito’s pairing with Algeo, this is an excellent initial matchup for Borshchev — a fight against someone with comparable experience and limited time spent in the Octagon, where expectations are measured, and everything going forward can be predicated off his performance on Saturday night. 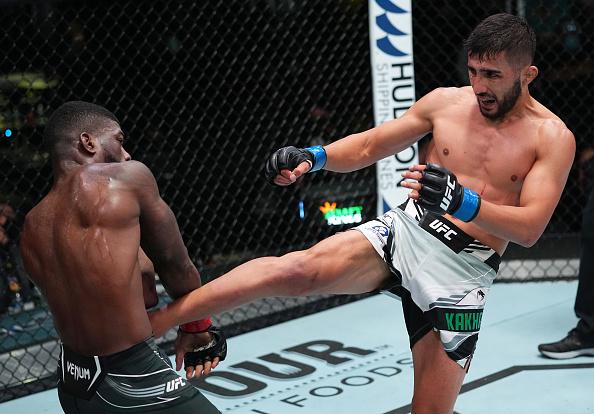 Saidyokub Kakhramonov of Uzbekistan kicks Trevin Jones of Guam in a bantamweight fight during the UFC Fight Night event at UFC APEX on August 21, 2021 in Las Vegas, Nevada. (Photo by Chris Unger/Zuffa LLC)

When the UFC reached out to see if Kakhramonov would fill in for Mana Martinez on short notice opposite Trevin Jones last summer, they probably believed the Team Oyama member was somewhere in and around Irvine, California, where the team trains.

Instead, he was visiting his native Uzbekistan, but after a quick 14-hour-ish flight, some promotional photos, and a stint in the sauna, he hit the scales on Friday morning, stepped into the Octagon on Saturday evening, and came away with a third-round submission win for his efforts, pushing his record to 9-2 in the process.

Now the talented 26-year-old is back for his sophomore appearance, taking a step up in competition to face off with veteran New Yorker Brian “Boom” Kelleher early on Saturday’s fight card.

Currently riding a three-fight winning streak, Kakhramonov bounced through a few different promotions before landing in the UFC, earning wins over Jerrell Hodge and Askar Askar, while suffering his first career loss to fellow UFC sophomore Umar Nurmagomedov. He’s finished seven of his nine career victories, including each fight in his current winning streak, and showed tremendous resolve and tenacity in navigating into the third round and stopping Jones in mid-August.

Kelleher represents a moderate step up in competition — a 35-year-old stalwart who returned to bantamweight and the win column the same night Kakhramonov defeated Jones. A dozen fights into his UFC run, “Boom” is 7-4 inside the Octagon, including wins over Iuri Alcantara, Ode’ Osbourne, and Hunter Azure.

Kakhramonov’s win over Jones put him on the map, and a victory over Kelleher would certainly raise his profile in the crowded 135-pound weight class, setting him up for another quality pairing in his second appearance of 2022.