Fighters On The Rise | UFC Fight Night: Hall vs Strickland

There Are A Ton Of Rising Stars On Saturday's UFC Fight Night: Hall vs Strickland. Here Are Three To Look Out For.
By E. Spencer Kyte, on Twitter @SpencerKyte • Jul. 27, 2021

A busy month of July wraps this weekend with a fight card at the UFC APEX featuring a couple crucial matchups in fluid divisions, plus a handful of prospects in the early stages of their UFC careers, emerging talents looking to take the next step, and a few veterans angling to get things moving in the right direction again.

Sit back, relax, and enjoy — this is the July 31 edition of Fighters on the Rise.

Sean Strickland is unbeaten at middleweight. 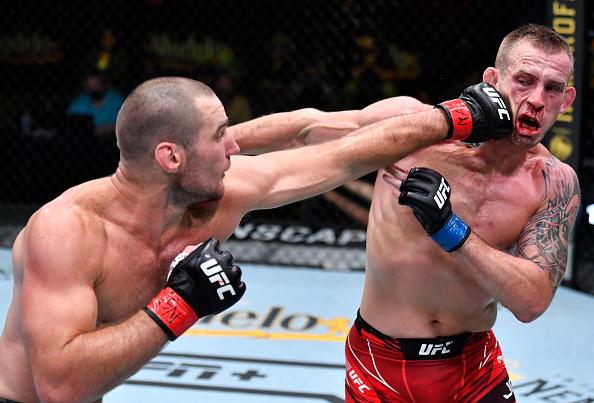 Sean Strickland punches Krzysztof Jotko of Poland in a middleweight bout during the UFC Fight Night event at UFC APEX on May 01, 2021 in Las Vegas, Nevada. (Photo by Jeff Bottari/Zuffa LLC)

That fact gets forgotten or lost in the totality of his resume to date quite frequently, but the 30-year-old technician went 13-0 on his way to the UFC and earned victories in his first two appearances inside the Octagon in the 185-pound ranks before decamping for welterweight, where he went 5-3 with victories over Tom Breese, Court McGee, and Nordine Taleb.

A motorcycle accident put his career in jeopardy and ultimately kept him sidelined for two full years, and when he finally returned last fall, he did so back at middleweight, earning a dominant decision win over Jack Marshman. A couple weeks later, Strickland added a second-round stoppage win over Brendan Allen to his resume, and at the start of May, he pushed his overall winning streak to four with his third win in barely six months by out-hustling Krzysztof Jotko.

Now 23-3 overall — and a perfect 18-0 at middleweight — Strickland headlines this weekend’s fight card in a clash with surging veteran Uriah Hall, who earned a stoppage win over Anderson Silva on Halloween, the night Strickland made his return. Last time out, Hall earned a quick stoppage win in his rematch with Chris Weidman at UFC 261 when he checked an early kick resulting in the former champion suffering a broken leg; the victory extended Hall’s winning streak to four.

There is nothing flashy or one individual area of Strickland’s game that really stands out — he’s just a fundamentally sound, technical fighter with an outstanding gas tank and heaps of confidence, with a little bit of a nasty streak mix in there for good measure.

He likes fighting — scratch that, he loves fighting - and if he pushes his winning streak to five with a victory over Hall on Saturday, he’d likely propel himself into the Top 10 in the middleweight rankings and set himself up for a future date with an even bigger name closer to title contention next time out.

Cheyanne Buys' UFC debut didn't go as planned. Paired off with late replacement Montserrat Conejo, the Dana White Contender Series alum was largely controlled on the canvas for the opening two rounds, dragged to the floor and held there by the savvy Mexican grappler. It was a frustrating evening for the Las Vegas native, and a rough night for the Buys family, as a whole, as earlier in the evening, her husband, fellow Contender Series graduate JP Buys, suffered a second-round stoppage loss in his own initial appearance inside the Octagon. 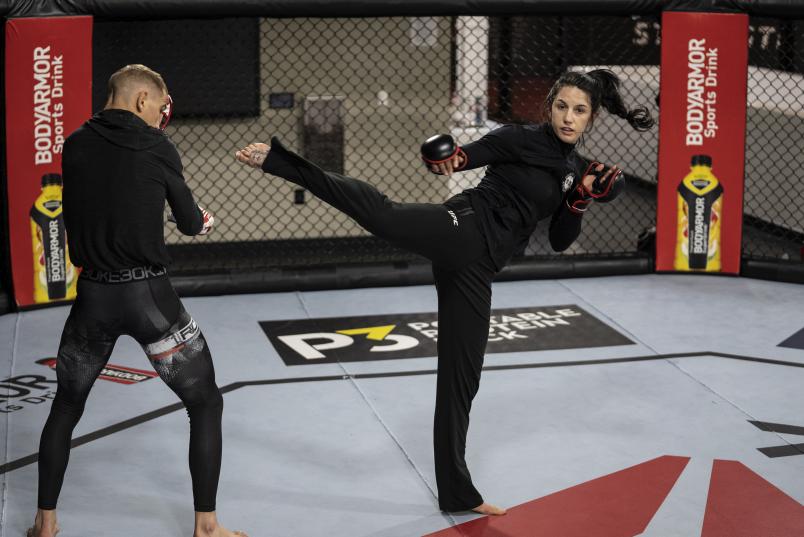 But the strawweight hopeful showed flashes in the third round, piecing up Conejo on the feet in the third, doing a much better job of maintaining space and letting her hands go, returning to the aggressive, attacking form that made her a name to watch during her days on the regional circuit.

Earlier this year, Buys moved back to Las Vegas to reconnect with the team at Xtreme Couture and take advantage of the UFC Performance Institute, and heads into this weekend's matchup with Gloria de Paula with a renewed intensity and feeling much more comfortable than she did making her first walk to the Octagon in March. Ultra-competitive and keen to get in a dust-up, Buys is the type of attacking, grimy fighter that has the potential to quickly establish herself as a fan favorite with her style and push towards a place in the rankings if she can string together a couple quality performances.

Both she and de Paula dropped their first outings and head into this main card clash desperate to avoid an 0-2 start in the UFC. Combining that urgency with a return home to Las Vegas feels like the right combination of elements needed to bring out the best version of Buys this weekend and put the 26-year-old talent back on the winning track.

Neither of Trevin Jones’ first two trips into the Octagon have gone exactly as planned, and yet he’s walked out of there without seeing the third round both times, leaving fight fans (and this writer) eagerly wanting to see more.

Debuting on two days’ notice last August, Jones was on the business end of things in the opening round of his clash with Timur Valiev, but turned it around in the second, finishing the highly regarded prospect with a right hook and follow-up blows on the ground. The bout was declared a no contest after Jones popped for marijuana in his post-fight drug screening, but the impact of the performance was imprinted on peoples’ memories. 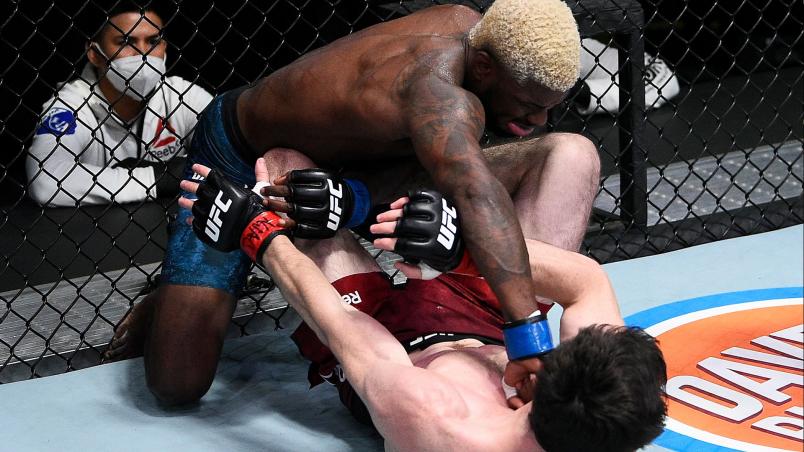 Then at UFC 259 in March, Jones stepped in with Mario Bautista, who replaced the injured Randy Costa, and lit up the MMA Lab representative, further showcasing his sharp, powerful hands, getting Bautista out of there just 40 seconds into the middle stanza.

Now unbeaten in his last four and clearly locked in, “5 Star” returns to Las Vegas this weekend to square off with Ronnie Lawrence, a graduate of Dana White’s Contender Series who turned in a strong effort in his promotional debut earlier this year.

The 30-year-old Jones, who was born in New Orleans and now resides in Guam, is a thunder-fisted wild card in the talent-rich bantamweight division, and if he topples a highly regarded prospect like Lawrence on Saturday night, he’ll likely secure a considerable step up in competition for his fourth appearance and land high on the list of emerging names to watch going forward in not only the 135-pound weight class, but the UFC as a whole.