Following a trip to Houston for UFC 265 and a week to recover from the action-packed event, business resumes this week back at the UFC APEX with a card featuring a plethora of intriguing, emerging talents and headlined by a middleweight clash between Top 10 fixtures Jared Cannonier and Kelvin Gastelum.

Whenever a fight card comes together, everyone hustles to grade the lineup, offering advanced thoughts on how things might play out and the level of entertainment one can reasonably assume they will receive by tuning in.

Personally, I look at these shows more like movies, with the pay-per-views obviously representing must-see franchise fare that demands your attention, and events like this serving as those smaller studio productions where breakout talents usually shine through, or familiar names deliver an unexpected performance.

Cannonier and Gastelum are the stars that are billed above the title, with flyweight standouts Alexandre Pantoja and Brandon Royval filling the top supporting actor positions, and the following three competitors serving as the potential breakout stars from this weekend’s offering.

This is the August 21 edition of Fighters on the Rise. 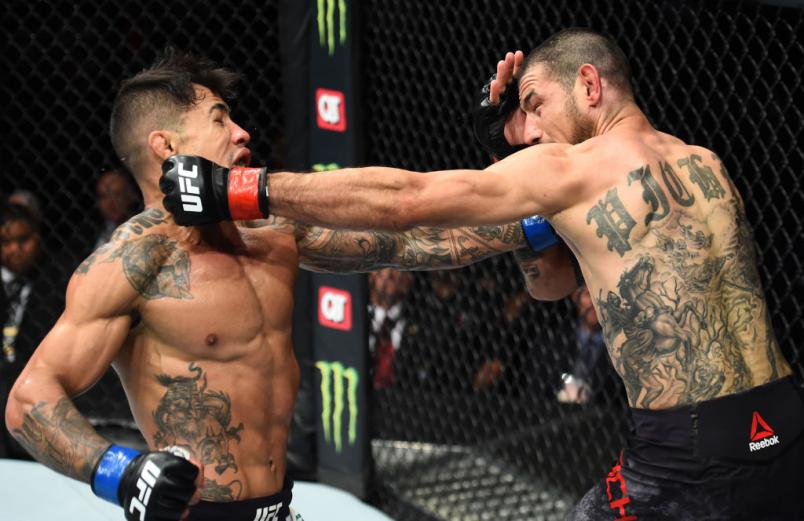 Sticking to our cinematic theme, Vinc Pichel is a classic “That Guy” — someone that has popped up a bunch of different times over the years, always capturing your attention, but whose name often escapes you. In this case, it tends to happen when talking about low-key standouts in the talent-rich lightweight division.

A cast member on Season 15 of The Ultimate Fighter, “From Hell” is 6-2 inside the Octagon, having earned consecutive victories since his June 2018 defeat at the hands of Gregor Gillespie. Injuries have limited the 38-year-old grappler’s ability to make steady progress up the divisional ladder, but from a talent standpoint, the Factory X Muay Thai representative is certainly capable of hanging with the division’s elite.

For the third consecutive fight, Pichel returns this weekend after more than a year away from the Octagon, looking to extend his two-fight winning streak to three when he squares off with Austin Hubbard.

Last time out, the California native dropped the opening round against veteran Jim Miller, but rallied to dominate over the final 10 minutes, earning a clean sweep of the scorecards, including a 10-8 round in the second from one of the judges. Aggressive and powerful, Pichel has all the tools to be a potential force in the middle of the division and is a nightmare matchup for anyone looking for an easy night at the office; it’s just a matter of staying healthy and continuing to string together wins.

If I were to liken Pichel to any actor that has previously earned the “That Guy” designation, it would be Stanley Tucci, because while some may not know him by name, those that do know he’s an outstanding talent and a joy to watch every chance you get. 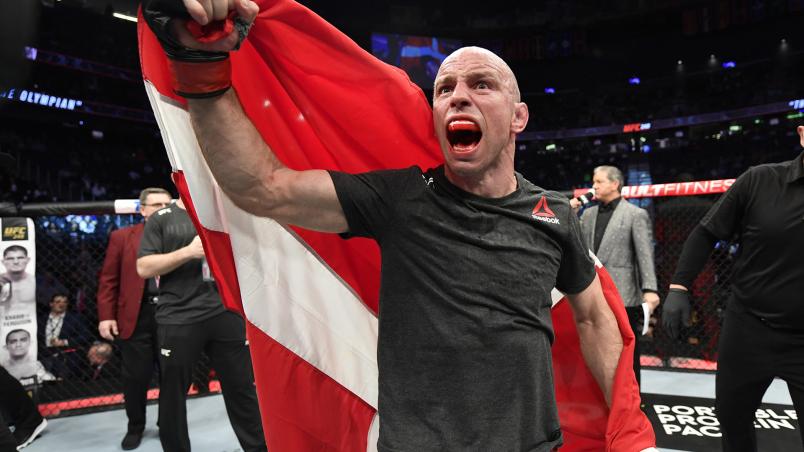 Mark O. Madsen of Denmark celebrates after defeating Austin Hubbard in their lightweight fight during the UFC 248 event at T-Mobile Arena on March 07, 2020 in Las Vegas, Nevada. (Photo by Jeff Bottari/Zuffa LLC)

Just like Madsen, the 55-year-old Mikkelsen was born in Denmark, experienced tremendous success at home, where he is a massive star, and has, in recent years, began to make his mark with the North American audience, delivering standout performances in Casino Royale, Rogue One, and Doctor Strange, in addition to his captivating turn as Dr. Hannibal Lecter on the cancelled-too-soon television series Hannibal.

Similar to his countryman, Madsen is a big deal at home in Denmark — an athletic hero who represented his country in Greco-Roman wrestling at three Olympics, claiming the silver medal in the 75kg weight division in 2016. After logging a pair of appearances as a mixed martial artist while still an active international wrestler, Madsen went all-in on MMA beginning in 2018 and has amassed eight straight victories since, pushing his record to 10-0 overall.

Each of his last two victories have come inside the Octagon, and this weekend in Las Vegas, he takes a considerable step up in competition, sharing the cage with 53-fight veteran and UFC Hall of Famer Clay Guida.

Madsen has always been acutely aware of the fact that he has a limited window to reach his goals inside Octagon and this matchup with “The Carpenter” on Saturday should serve as a strong test to see where he’s at in his development and provide a clearer picture of how high he might be able to climb in the ultra-competitive 155-pound weight class.

A strong showing this weekend against Guida, who enters off a win over Michael Johnson in February, could have at-home matchmakers lobbying for “The Olympian” to receive an even greater opportunity next time out, the same way that those of us that love the rakish charm Mikkelsen brings to every role want to see him cast in pretty much everything. 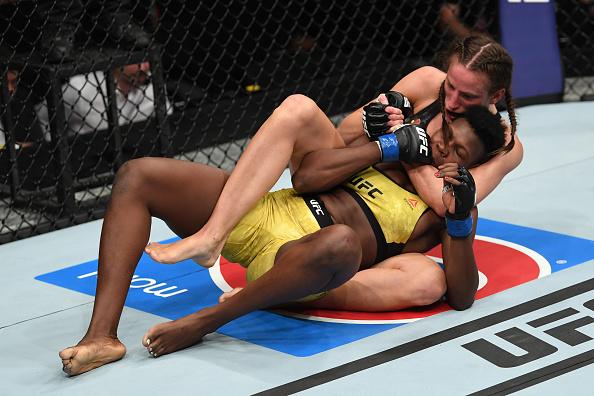 The 29-year-old Malecki is a classic “It Girl” — an MMA up and comer with quality striking that is just four fights into her professional mixed martial arts journey, but has thus far shown obvious sides of greater potential.

She’s Florence Pugh before she blew all the way up, or Lashana Lynch after she blows everyone away, perhaps literally, as Nomi, the next 007 in the upcoming James Bond flick No Time to Die, directed by Cary Joji Fukinaga.

Malecki landed in the UFC after being part of the cast on Season 28 of The Ultimate Fighter, where she lost her lone bout to Leah Letson, but showed enough promise to earn an opportunity to compete inside the Octagon. Thus far, she’s made the most of those opportunities, posting victories over Duda Santana and Veronica Macedo in her first two outings.

She was forced to withdraw from her lone booking of 2020 and similarly had to pull out of a scheduled clash with Norma Dumont earlier this year, but this weekend, the 29-year-old Swedish bantamweight finally returns to the cage, welcoming Josiane Nunes to the UFC. A former Muay Thai world champion, Malecki has tremendous size and reach for the division, standing five-foot-nine and brandishing a 74-inch reach, both of which should serve her well against her opponent this weekend.

The thing with Hollywood “It Girls” is that carrying that designation isn’t always a precursor to unbridled success. While some do go on to lengthy, successful careers, others never quite get there, like Gretchen Mol.

Which one will Malecki be? Only time will tell, but this weekend’s date with Nunes should provide a little further clarity about her future potential.

Tags
On The Rise
UFC Vegas 34