Back across the pond we go!

March’s return to the O2 Arena in London was so successful, so entertaining, so enjoyable, so electric that the UFC has opted to make a second trip to the shores of the Thames this year with another fight card filled with local favorites in highly competitive matchups.

A few of the stars of the year’s first event are back — Tom Aspinall headlines again, looking to build on his first-round submission win as he takes on Curtis Blaydes; and Molly McCann aims to follow up her spinning elbow stunner in a scrap with Hannah Goldy — while others like Marc Diakiese and Nathaniel Wood look to get in on the action by fighting at home in England for the first time in three years.

Mix in returning former light heavyweight title challenger Alexander Gustafsson, a middleweight clash between Jack Hermansson and Chris Curtis, and the trio of ascending talents profiled below, and you’ve got yourself a terrific collection of fights sure to satiate the ravenous UK audience on Saturday.

This is the July 23 edition of Fighters on the Rise. 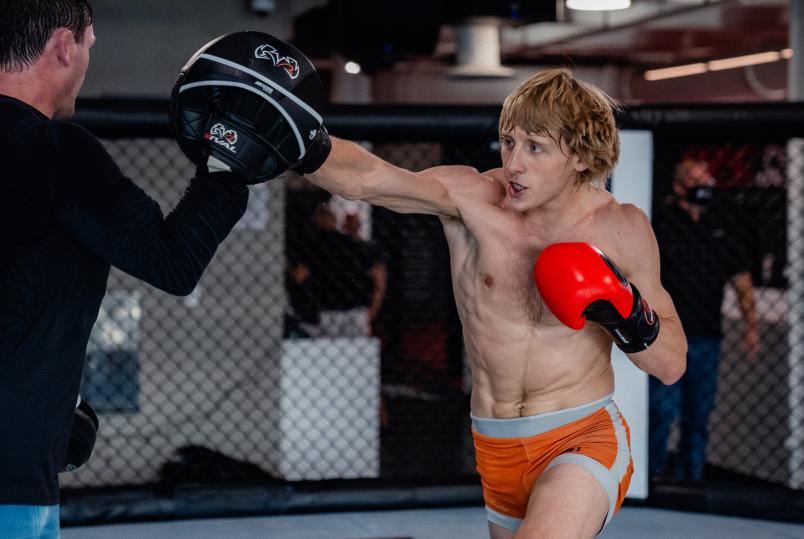 I didn’t include “Paddy the Baddy” in the tetra-pack of emerging talents set to compete the first time the UFC blew into London this year because there were a couple fighters closer to making a genuine impact in their respective divisions (and one ultra-prospect you’ll hear more about below) set to compete and I wanted to make sure to give them a shout out.

But then Pimblett went and set the joint on fire with his walkout and blew the roof off by finishing Kazula Vargas in the first round. It wasn’t the cleanest performance, but the fan favorite gave the fans what they wanted, and now he’s back looking for a third straight UFC win and you best believe he’s going to get the crowd into a frenzy once more.

The 27-year-old from Liverpool is 18-3 overall and enters on a four-fight winning streak, with each of those victories coming inside the distance. At his core, Pimblett is best when he’s grappling, showing good control and submission skills, as well as a willingness to dive on opportunities and pull guard if necessary. His striking is quality enough that he can hang on the feet and he’s got some pop too, as witnessed in his debut won over Luigi Vendramini, but the Scouser does his best work on the canvas.

His skills in that realm should be tested this weekend when he takes on Jordan Leavitt, a fellow grappler coming off a narrow decision win over Trey Ogden and who has a 3-1 record inside the Octagon, including a pair of finishes. He has an awkward style, but is strong in the clinch, flexible in grappling situations, and coming in with zero pressure as he looks to topple the emerging British talent.

Pimblett has the charisma and magnetism to be a massive star — there is no denying it — and if he continues stacking victories, a headlining gig at home in Liverpool feels like an automatic stop somewhere down the line. 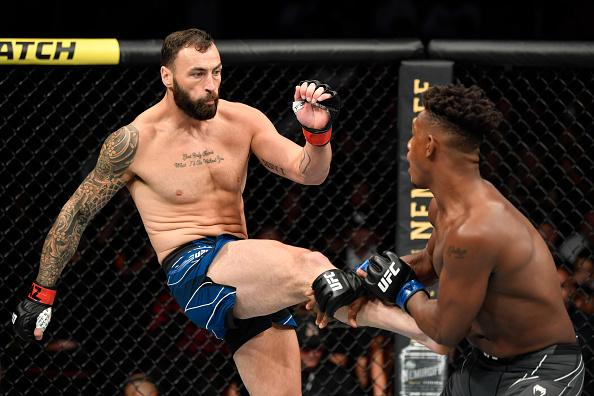 Paul Craig of Scotland kicks Jamahal Hill in their light heavyweight fight during the UFC 263 event at Gila River Arena on June 12, 2021 in Glendale, Arizona. (Photo by Jeff Bottari/Zuffa LLC)

The Scottish light heavyweight is a perfect example of a fighter that needed a little time to get comfortable competing on the biggest stage in the sport and figuring out his approach inside the Octagon.

Craig went 3-4 over his first seven appearances, but flashed upside with late submission wins over Magomed Ankalaev and Kennedy Nzechukwu during that “figuring it out” process. Since suffering a first-round knockout loss to Alonzo Menifield on June 29, 2019, the 34-year-old “BearJew” has gone 5-0-1, earning stoppages in each of those victories and Performance of the Night bonuses in four of the five.

Two fights back, Craig clamped onto the arm of rising contender Jamahal Hill and dislocated his elbow, and last time out, he showed once more why no one should engage with him on the ground by deftly locking up a triangle choke when Nikita Krylov made the mistake of wading into his guard. In an age of generalists, Craig remains a specialist, and that is at the top of his field, at least in the light heavyweight division.

Saturday in London, he faces off with Volkan Oezdemir, who has become the entrance exam fighters need to pass in order to start facing the established set in the 205-pound ranks. A former title challenger, the Swiss veteran has faced several of the top names in the division, most recently going the distance with Ankalaev last October in a fight that showed the streaking Russian wasn’t quite ready for prime time.

Already positioned one spot ahead of Oezdemir in the rankings, a victory for Craig on Saturday could vault him to the fringes of contention and a date with an even more established name next time out. He’s shown a great deal of improvement since his early efforts, and might be a sneaky title threat if things continue to break in his favor going forward. 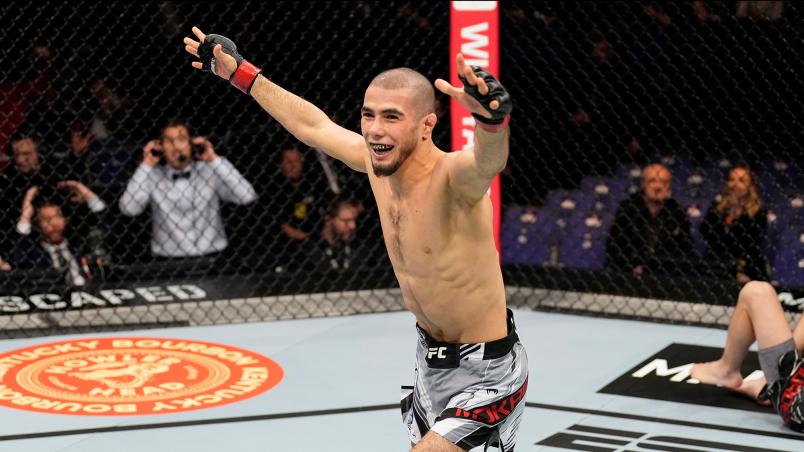 Muhammad Mokaev of England celebrates his victory over Cody Durden in a flyweight fight during the UFC Fight Night event at O2 Arena on March 19, 2022 in London, England. (Photo by Chris Unger/Zuffa LLC)

It didn’t take long for Mokaev to show that the hype surrounding him is real, as the ultra-talented prospect needed just 58 seconds to dispatch Cody Durden in his promotional debut to open the last UFC show in London in March.

One of the most accomplished amateur competitors to migrate to the Octagon, Mokaev is undefeated as a pro and tabbed by many to be a future champion, despite being just 21 and having all of eight professional appearances under his belt. With excellent grappling, continually developing striking, and recently shifting his training camp to American Top Team, the sky is the limit for “The Punisher,” and it feels like only a matter of time before he breaks into the rankings and starts working his way towards the top of the flyweight division.

He gets the toughest test of his young career this weekend, as he returns to London to face off with LFA champ Charles Johnson, a 31-year-old veteran on a four-fight winning streak and an 11-2 record overall. His losses came against familiar names — Sean “Shorty Rock” Santella and Brandon Royval — and he earned a pair of stoppage wins to successful defend his LFA flyweight belt, including a fifth-round finish of Carlos Mota earlier this year.

This is another test for Mokaev, who left Russia with his father as a child, settling in Wigan, where he excelled in wrestling. He has all the raw materials to become an absolute force in the sport going forward, but it will be interesting to see how quickly he progresses and how he responds to each subsequent challenge placed before him.

Thus far, Mokaev has been perfect, and another victory in London might make it difficult to continue bringing him along slowly.