The first quarter of the 2022 UFC fight calendar went by in a flash, and the second quarter is set to start with a bang as UFC 273 touches down at VyStar Veterans Memorial Arena in Jacksonville, Florida with a loaded fight card capped by a pair of championship bouts.

In the main event, featherweight champ Alexander Volkanovski goes in search of his third successful title defense, while veteran contender Chan Sung Jung — “The Korean Zombie” — looks to claim gold in his second career championship opportunity. Before those boys hit the Octagon, bantamweight rivals Aljamain Sterling and Petr Yan will settle their differences and determine the one true king of the 135-pound weight class in their highly anticipated rematch.

There are several other key divisional matchups and compelling pairings up-and-down the fight card, including appearances by three fighters looking to build on their momentum and use UFC 273 as a launch pad to even greater opportunities in the second half of the year.

This is the UFC 273 edition of Fighters on the Rise. 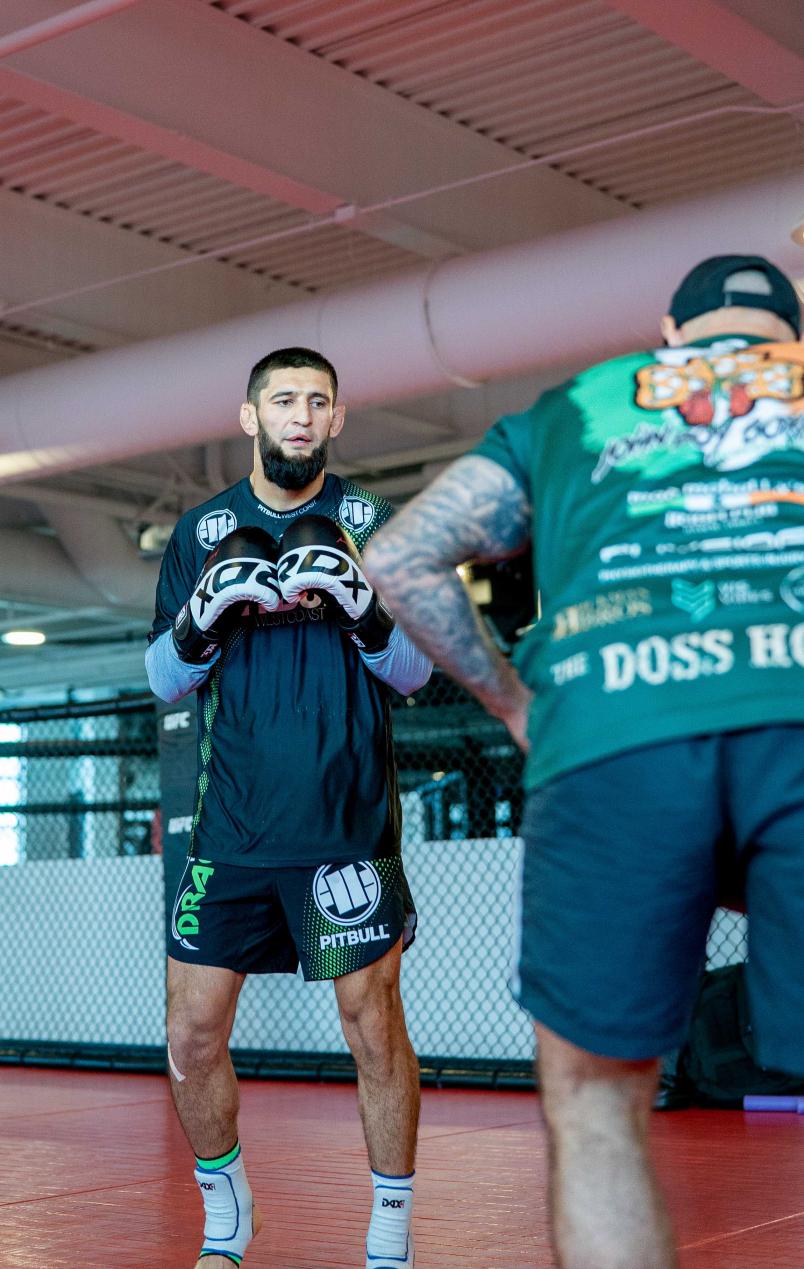 This is going to be the final time that the unbeaten rising star lands in this series because on Saturday night, we’re going to learn exactly where Chimaev fits within the welterweight division, as he steps in to face off with Top 5 standout Gilbert Burns.

No fighter has generated as much interest and intrigue over the course of the “Pandemic Era” in the UFC than Chimaev, who burst onto the scene with two dominant victories in 10 days during the initial run of events on Fight Island, and followed it up with a quick, clean first-round stoppage win over Gerald Meerschaert two months later. After more than a year on the sidelines battling health issues, “Borz” returned at UFC 267 and picked up right where he left off, mauling Li Jingliang unlike any fighter has in the past.

Chimaev’s statistical data through four fights looks like you’re playing the latest UFC video game on easy mode, as he’s absorbed a single, solitary strike in those four appearances, and that came in his debut win over John Phillips. In his last three fights, the 27-year-old terror has turned in clean sheets, needing a single takedown against Rhys McKee and Li in order to work to a finish, and putting the veteran Meerschaert away with the last of the four shots he landed in their 17-second encounter.

He has spoken about smashing everyone and has thus far delivered, which is what makes this weekend’s matchup so utterly fascinating.

Burns is a different level of fighter than the opponents Chimaev has faced thus far — a multi-time Brazilian jiu jitsu world champion and a former title challenger; and someone with significantly more experience and a more well-rounded, diverse skill set than the streaking contender’s previous adversaries. He’s lost just once since moving up to welterweight and won two additional bouts at lightweight before that, sending him into Saturday’s contest with a 7-1 mark in his last eight appearances.

And yet it is Chimaev who is the overwhelming favorite heading into this contest.

There is no question that Chimaev is an outstanding talent with obvious skills and a flair for the dramatic, but now it’s time to find out if he’s truly ready to challenge for championship gold in the UFC welterweight division or if he still needs a little more seasoning. 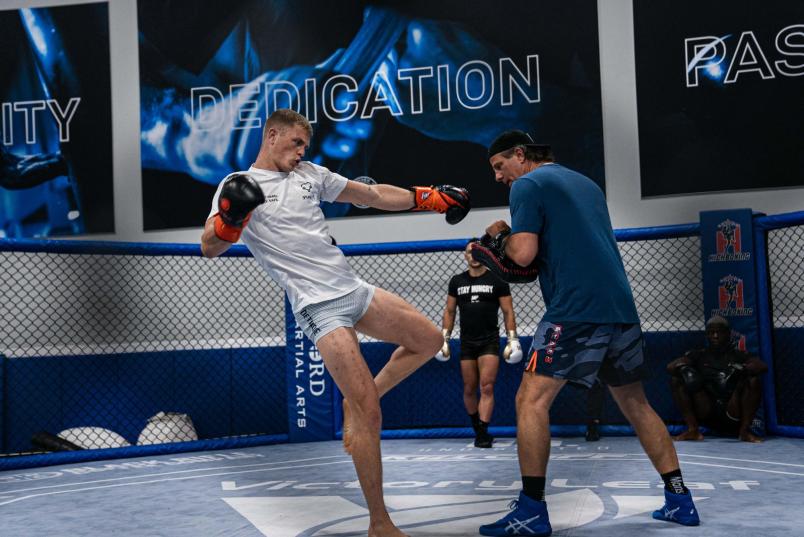 In contrast to Chimaev, the 24-year-old Garry came away from his first-round knockout win over Jordan Williams in his debut at UFC 268 talking extensively about not being in a rush, recognizing that he’s still young in the game with plenty of things to learn, room to grow, and time to accomplish everything he wants to accomplish.

Brandishing the nickname “The Future” automatically puts a target on your back and expectations on your shoulders, but thus far, the Irish welterweight has handled everything thrown his way with aplomb. Last year alone, the unbeaten prospect stopped former UFC fighter Rostam Akman and collected Cage Warriors gold with a unanimous decision win over Jack Grant before decamping for South Florida, linking up with the Sanford MMA crew and winning his UFC debut in Madison Square Garden.

His performance against Williams in NYC actually underscores why so many are high on Garry’s prospects going forward, as he remained calm and patient despite an unfavorable start and still managed to put away the Dana White’s Contender Series grad in the final seconds of the first round. In a high-pressure moment when things weren’t going his way, he didn’t panic, stuck to the game plan, and closed things out as soon as the opportunity presented itself.

Now he returns for his sophomore outing opposite Darian Weeks, who turned up on short notice in December and forced Bryan Barberena to dig deep in order to pull out a victory. The 28-year-old doesn’t have a ton of professional experience yet, but he had an extensive amateur career and showed in his debut that he’s more than capable of competing at this level.

Garry rose to the occasion in his first trip into the Octagon, managing to stand out on a standout pay-per-view event, and it will be interesting to see what he can do for an encore here. 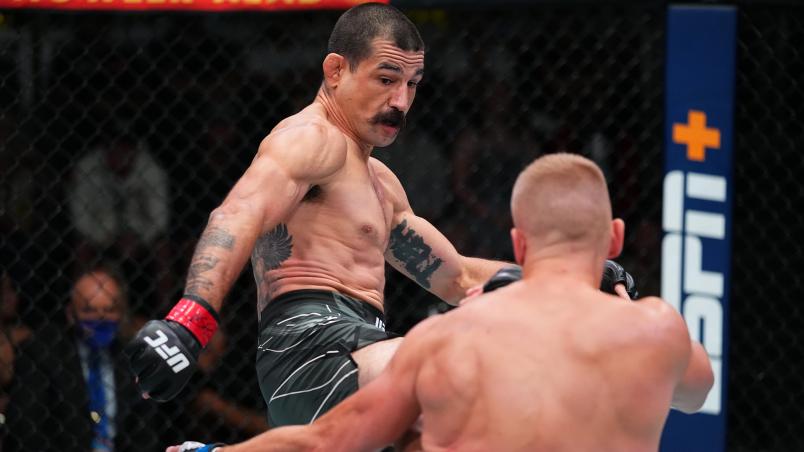 Pichel is one of those guys that has been around for a while, but doesn’t have the same mileage on his tires as others that have been on the roster for a decade, as injuries produced extended absences and have limited him to just eight fights since the start of 2014. To put that into context, welterweight champ Kamaru Usman debuted 18 months later in the summer of 2015 and has logged 15 appearances (and 15 victories) during that same time span.

Despite the various stops and starts, Pichel has been ultra-consistent and tremendously successful, posting seven victories and one defeat, which came against Top 10 lightweight Gregor Gillespie nearly four years ago. In his last three outings, “From Hell” has dispatched Roosevelt Roberts, Jim Miller, and Austin Hubbard, using his wrestling skills, strength, and overall grittiness to grind out three straight quality victories.

This weekend, the Ultimate Fighter Live alum squares off with unbeaten Olympic bronze medalist Mark O. Madsen in what profiles as a competitive, grappling-heavy affair between two men in their late 30s looking to make a run towards the top of the division. Bouncing the Danish fighter from the ranks of the unbeaten while posting a fourth consecutive victory in the treacherous 155-pound weight class would certainly propel Pichel further up the divisional ladder, and should position the Factory X Muay Thai representative to earn a marquee assignment in the second half of the year.