Find Out Which Fighters Are Trending Upward As We Get Closer to UFC 271: Adesanya vs Whittaker 2
By E. Spencer Kyte, on Twitter @SpencerKyte • Feb. 8, 2022

We’re off to Houston’s Toyota Center for the second pay-per-view of the year, where a championship rematch in the middleweight division sits atop the marquee, while a collection of emerging talents look to show out on the undercard.

Israel Adesanya and Robert Whittaker have been heading towards a second meeting since the moments immediately following their first encounter, which Adesanya won by second-round stoppage to become the undisputed UFC middleweight champion. Now, 28 months later, with “The Last Stylebender” having successfully defended his title three times and the former champion having registered three clear victories over a cast of top contenders, the rivals will run it back with the belt once again hanging in the balance.

Before they hit the Octagon, a parade of newcomers and emerging names will make their way into battle, eager to announce their presence or continue climbing the ladder in their respective divisions, led by last year’s Rookie of the Year.

This is the UFC 271 edition of Fighters on the Rise. 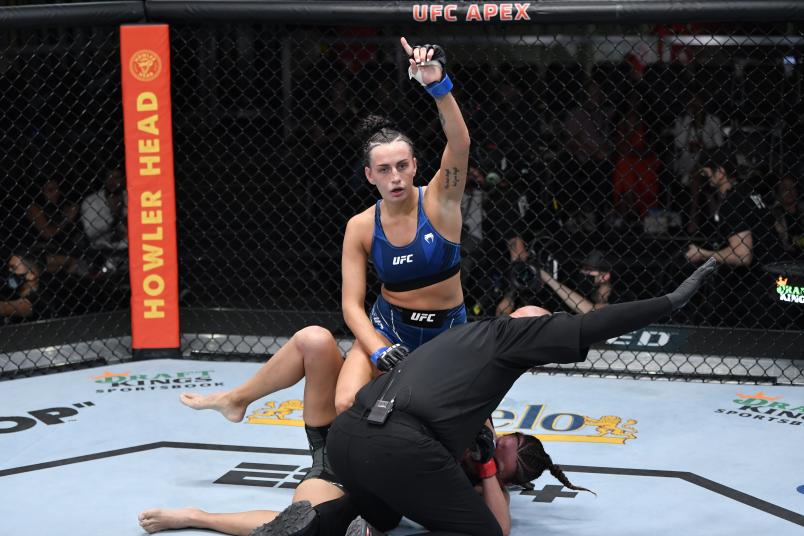 “King Casey” had an incredible first year competing inside the Octagon in 2021, making three appearances and earning three finishes to catapult herself into the rankings in the flyweight division, saving her most impressive performance for last.

After pounding out Shana Dobson in her debut and putting Lara Procopio to sleep in her second appearance, the 24-year-old Scottish-Australian standout, who resides in Las Vegas and trains at Xtreme Couture, collected a Performance of the Night bonus for her second-round stoppage win over Antonina Shevchenko. While beating the older sister of the divisional champ doesn’t earn you a title opportunity, the effort surely put O’Neill on Valentina Shevchenko’s radar, and if last year’s breakout sensation can continue putting up dominant results, the two could certainly end up sharing the Octagon in the future.

Casey makes the first start of her sophomore year this weekend by facing off with Roxanne Modafferi in what will be the final fight of the American veteran’s outstanding career.

A pro since 2003 and a women’s MMA pioneer, Modafferi has been a fixture in the 125-pound weight class since its inception, serving as a perpetual tough out for fellow veterans and up-and-coming hopefuls alike. Although she’s struggled to earn consistent results, Modafferi has delayed the rise of new names in the division several times over, most notably at the start of 2020 when she handed Maycee Barber the first loss of her career.

Casey doesn’t operate like a 24-year-old with just eight professional appearances when she’s inside the Octagon, showing impressive patience and discipline while also knowing how and when to crank things up to 11 and chase down a finish. If she can keep her winning streak rolling through this weekend, another step up in competition and a move further up the rankings will be in her future. 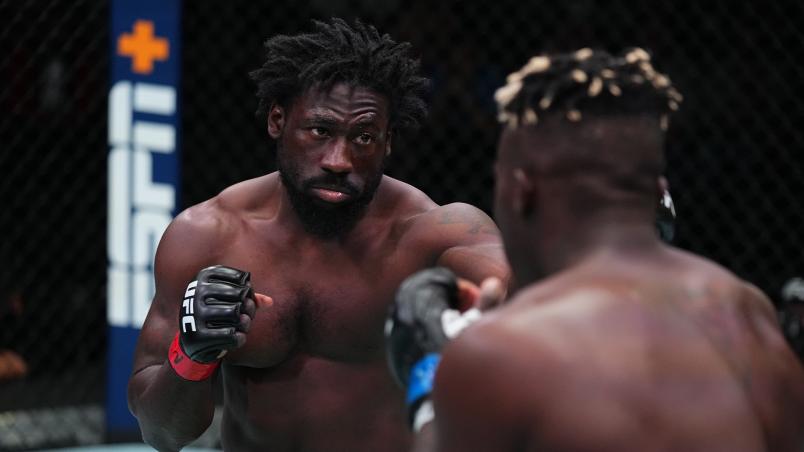 One of three competitors to graduate to the UFC after first landing a development deal on Dana White’s Contender Series, William Knight has quickly established himself as someone to keep close tabs on in the light heavyweight division.

After getting past fellow DWCS alumnus Aleksa Camur in his debut, Knight dropped his first appearance of 2021 to Da-un Jung, landing on the wrong side of a unanimous decision verdict. He got back into the win column with a bonus-winning knockout of Fabio Cherant in August and rounded out the year by coming out ahead on the cards in a clash with Alonzo Menifield in December to push his record to 11-2 overall.

Preview Every Fight On UFC 271: Adesanya vs Whittaker 2

In three-and-a-half years, the 33-year-old went from making his professional debut to brandishing a 3-1 record in the UFC, and he’s ready to start his second full year on the roster by extending his winning streak with a victory over Maxim Grishin on Saturday. Originally paired with fellow veteran Ed Herman, the 37-year-old Grishin more than three times the experience of Knight, but just a 1-2 mark through his first three UFC outings.

Always in the gym and always ready to compete, Knight pounced on the opportunity to replace Herman and face the Russian veteran, knowing that a victory over someone as seasoned as “Maximus” would help carry him further up the divisional hierarchy and provide him with invaluable experience as he continues his climb towards the Top 15. 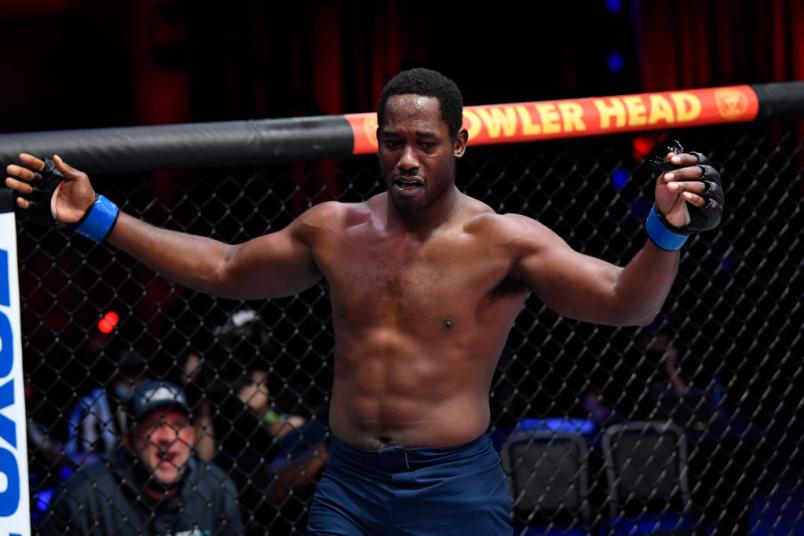 The tenth member of the DWCS Class of ’21 to make their first trip into the Octagon this year, Dobson arrives in Houston for his UFC debut sporting a 6-0, 1 NC record, where five of his victories have come by way of stoppage, including three straight in the opening round.

The 30-year-old Ohioan has ties to all the standouts that have come through the area over the years, having trained with the Matt Brown and the Strong Style Fight Team in the past, while having UFC Hall of Famer, “The Godfather of Ground-and-Pound,” Mark “The Hammer” Coleman in his corner for his contract-winning victory over Hashem Arkhagha in September.

Though he likely would have loved to be on the March event slated for Columbus, Dobson gets the opportunity to turn up at that show as a spectator and potentially coming off his first UFC victory after he steps in with Jacob Malkoun on Saturday in Houston.

It’s always a little challenging to get a good read on an emerging competitor with limited experience like Dobson, but he scored a 35-second knockout win over Black House product and former Contender Series competitor Kailan Hill prior to his win over Arkhagha, which provides a solid baseline when it comes to setting expectations for his debut and rookie campaign. Malkoun is a teammate and training partner of Whittaker’s and coming off a win over Abdul Razak Alhassan last April, so a strong outing and a victory this weekend would quickly establish where Dobson fits in the division.

There always feels like there are more opportunities to make headway in the middleweight division than other weight classes, and a strong debut effort on Saturday would put the unbeaten newcomer on the right path to climbing the ladder in 2022.