See Which Fighters Have Momentum Heading Into UFC 263: Adesanya Vs Vettori 2
By E. SPENCER KYTE, ON TWITTER @SPENCERKYTE • Jun. 8, 2021

This is a blockbuster event, simple and plain.

Headlined by a pair of rematches with championship gold hanging in the balance which are preceded by a highly anticipated welterweight clash between Leon Edwards and Nathan Diaz, the UFC 263 main card is a smorgasbord of MMA delights that should have fans counting down the hours until Bruce Buffer steps into the Octagon on Saturday to get things underway in Glendale, Arizona.

In addition to the stacked pay-per-view offering, Saturday’s preliminary card features a crucial meeting between flyweight contenders Lauren Murphy and Joanne Calderwood, am intriguing featherweight pairing featuring rising stars Movsar Evloev and Hakeem Dawodu, and a lightweight clash between Drew Dober and Brad Riddell that has legitimate Fight of the Night potential.

On top of that, UFC 263 also includes a chance to get another look at a collection of up and comers looking to keep making headway in their respective divisions.

Here is a close look at those athletes.

This is the UFC 263 edition of Fighters on the Rise. 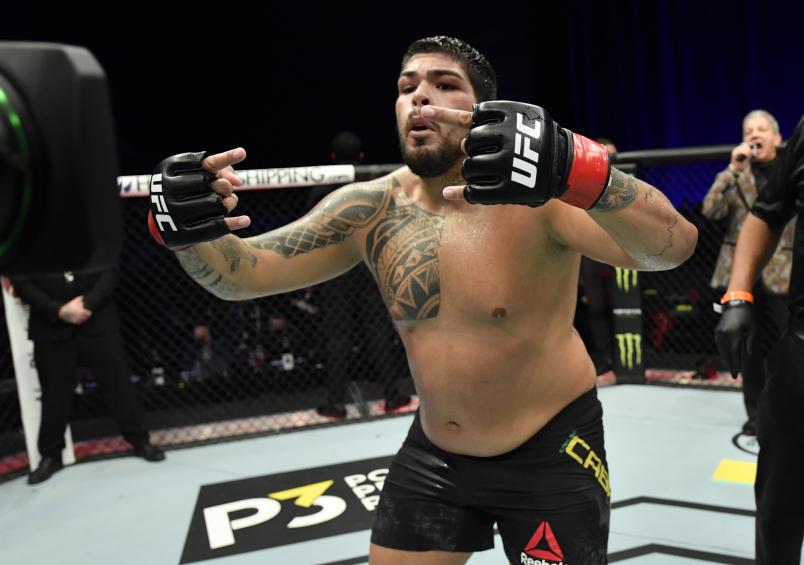 Carlos Felipe of Brazil celebrates after his split-decision victory over Justin Tafa of Australia in a heavyweight bout during the UFC Fight Night event at Etihad Arena on UFC Fight Island on January 17, 2021 in Abu Dhabi, United Arab Emirates. (Photo by

Brazilian heavyweight Carlos Felipe ended a nearly three-year hiatus last summer, landing on the wrong side of a majority decision verdict in his promotional debut against Serghei Spivac in July.

But less than three months later, the 26-year-old newcomer returned to the cage and collected his first UFC victory, outworking Yorgan De Castro to push his record to 9-1 overall. Earlier this year, Felipe edged out Justin Tafa in January, sending him into Saturday’s bout with Jake Collier on a two-fight winning streak and standing as one of the most intriguing new additions to the heavyweight roster.

Brimming with confidence and quick to talk at his opponents inside the Octagon, Felipe is both a big personality and a big-time prospect, one that should only continue to improve as he shakes off the rust from his extended absence and continues collecting time inside the cage. He’s shown solid striking and a willingness to throw down through his first three appearances, and as he further improves his conditioning and defensive wrestling, Felipe could blossom into a bona fide threat in the heavyweight division.

Much like Felipe, Collier ended a prolonged stint on the sidelines in 2020, losing his return bout to rising star Tom Aspinall before securing a victory over Gian Villante in his second start of the year. The former middleweight and light heavyweight competitor is tough and boasts a significant experience advantage, which makes this a great opportunity to gauge where the Brazilian fits within the divisional hierarchy and start projecting what kind of heights he could reach before the year is out. 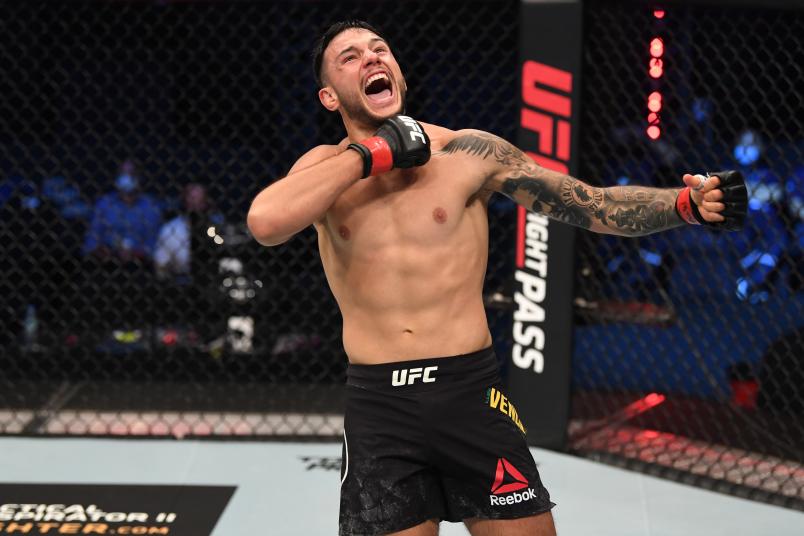 While “The Italian Dream” challenges for the middleweight title in the main event, “The Italian Stallion,” Luigi Vendramini, will look to continue making his mark in the lightweight division earlier in the evening.

The 25-year-old Vendramini made his promotional debut on short notice in fall of 2018, starting out well before suffering a second-round stoppage loss against then-surging welterweight Elizeu Zaleski dos Santos. A serious knee injury sidelined him for the whole of 2019 and a large portion of last year, with Vendramini finally making his sophomore appearance in the Octagon in early October.

More than two years after his last appearance, the Brazilian prospect wasted little time registering his first UFC victory, dispatching Jessin Ayari in 72 seconds to push his record to 9-1. This weekend, Vendramini squares off with France’s Fares Ziam, who similarly picked up his first UFC victory in his second UFC start two weeks after Vendramini.

A black belt in Brazilian jiu-jitsu who has flashed quality striking skills in his first two appearances inside the Octagon, Vendramini is one of those developing talents to play close attention to going forward, as his short-notice effort up a division against dos Santos and his return victory over Ayari last fall feel like the kind of performances we’ll look back on in the future as early indicators of his elite potential. 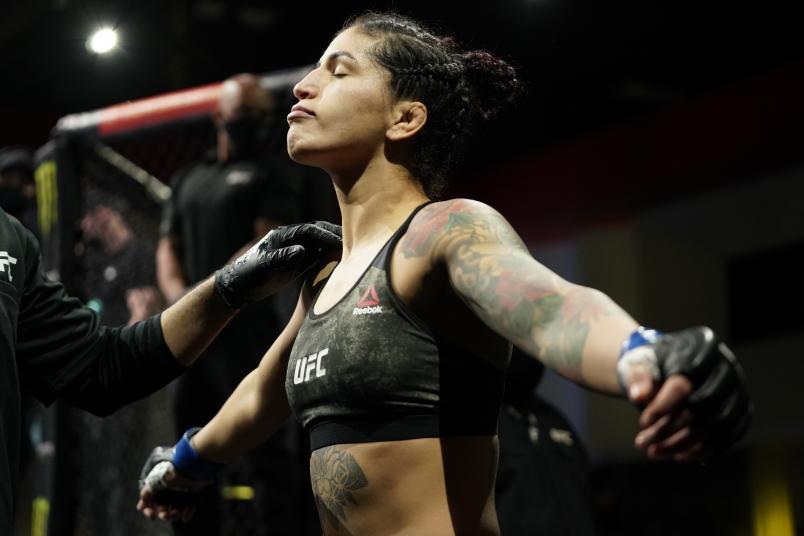 Pannie Kianzad of Iran prepares to fight Sijara Eubanks in a bantamweight fight during the UFC Fight Night event at UFC APEX on December 19, 2020 in Las Vegas, Nevada. (Photo by Cooper Neill/Zuffa LLC)

Pannie Kianzad landed on the wrong side of the results in each of her first two UFC appearances, falling to Macy Chiasson in the featherweight finale on Season 28 of The Ultimate Fighter before dropping a decision to Julia Avila seven months later after earning a victory on the regional circuit in between.

Since then, however, the 29-year-old has turned a corner, stringing together three straight victories heading into her intriguing preliminary card clash with Alexis Davis this weekend in Glendale.

Working behind smooth, technical striking, Kianzad has posted consecutive wins over Jessica-Rose Clark, Bethe Correia, and Sijara Eubanks to run her record to 15-5 and earn a place in the bantamweight rankings. She’s a quality athlete who moves fluidly in the cage and really seems to be putting everything together after being an intriguing talent with inconsistent results earlier in her career.

A former title challenger and veteran of the sport, Davis returned to the bantamweight division earlier this year with a unanimous decision win over Sabina Mazo and stands as a perfect step up in competition for the streaking Kianzad on Saturday. She’s tougher than a three-dollar steak and always down to scrap, which means “Banzai” will need to be at her best if she wants to extend her winning streak to four and take another step forward in the 135-pound weight class.