Fighters On The Rise: UFC 256 Edition

In all my years of doing this series, this might be the best collection of fighters ever to grace this space, and that’s saying something because more than a couple current and former champions have been here, as well as several prominent contenders.

But in terms of a trio of talents with tremendous upside, this is a truly special bunch.

All three of the athletes featured below would head into 2021 in title contention if they’re victorious on Saturday night at UFC 256, as each is facing their most high-profile opponent to date as part of an outstanding lineup headed into the Octagon this weekend at the UFC Apex.

This is the UFC 256 edition of Fighters On the Rise.

One of the top rookie performers of 2019, Gane finally makes his first appearance of 2020 in an appetizing matchup against former champion Junior Dos Santos that carries the potential to launch him into both the thick of the title chase and UFC stardom.

The 30-year-old is undefeated in his six-fight career, with half of his victories coming inside the Octagon. After registering submission wins over Raphael Pessoa and Don’Tale Mayes, “Bon Gamin” closed out his freshman year in the UFC with a unanimous decision victory over Tanner Boser in Busan, South Korea.

Gane trains under Fernand Lopez at The MMA Factory in Paris, where Francis Ngannou got his start, but while the comparisons are easy, the two are actually quite different. While Ngannou is an unmatched physical specimen, Gane has far more polish, technical acumen, and a diverse offense, as exhibited by his heel hook finish of Mayes last October.

How To Watch UFC 256 In Your Country

Don’t let Dos Santos’ three consecutive losses fool you: “Cigano” remains a formidable threat in the heavyweight division and the kind of talented, experienced veteran that could quickly press pause on Gane’s rapid rise up the heavyweight ranks.

This is a considerable step up in competition after nearly a year on the sidelines, but it’s also a tremendous litmus test for the promising talent who only made his professional debut in August 2018.

If Gane can go out and hand Dos Santos a fourth consecutive defeat, he’ll climb into the Top 10 and position himself for another crucial pairing with championship ramifications whenever his 2021 campaign kicks off. 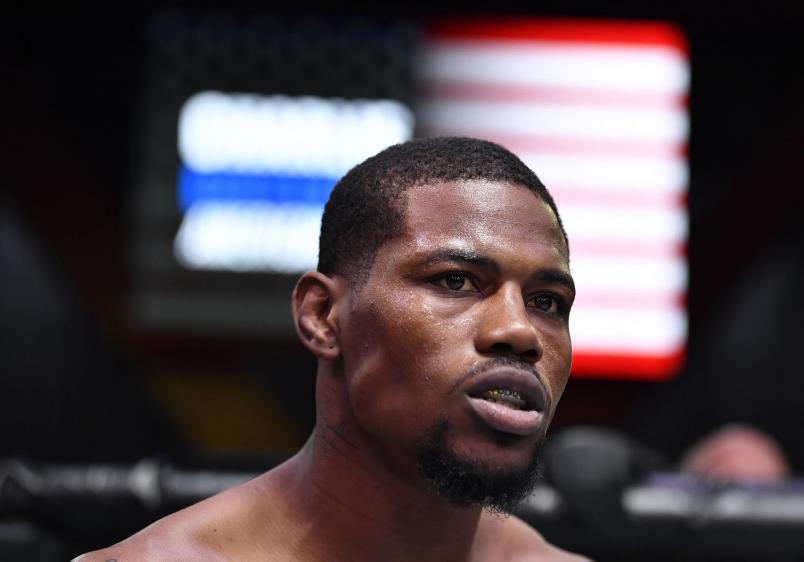 Texas’ “Trailblazer” is already 4-0 this year and he looks to go 5-for-5 when he steps in this weekend against Ronaldo “Jacare” Souza in a compelling middleweight matchup.

Since closing out last year with a second-round submission loss to Brendan Allen, the talkative and talented Holland has posted victories over Anthony Hernandez, Joaquin Buckley, Darren Stewart, and Charlie Ontiveros. Three of those four victories came inside the distance and all of them took place during in a 25-week span between May 16 and October 31. He’s not only talked about wanting to be as active as “Cowboy” Cerrone in his heyday, but he’s lived that life over these last several months and worked his way into position to crash the rankings with a record-tying fifth win of the year in his most high-profile bout since his short-notice debut against Thiago Santos in August 2018.

Watch Inside The Octagon: UFC 256

A fixture in the middleweight title picture from the outset of his UFC career, the 40-year-old Souza enters on a two-fight skid and competing for the first time since last November, but those setbacks came against Hermansson and current light heavyweight champ Jan Blachowicz, which illustrates the level of competition the Brazilian veteran has faced throughout his time in the Octagon.

The Fighter of the Year race is pretty wide open, in my opinion, and if Holland goes out and secures a fifth victory by toppling an experienced, established veteran like Souza, he’ll definitely earn himself a place on my ballot at the end of the year. 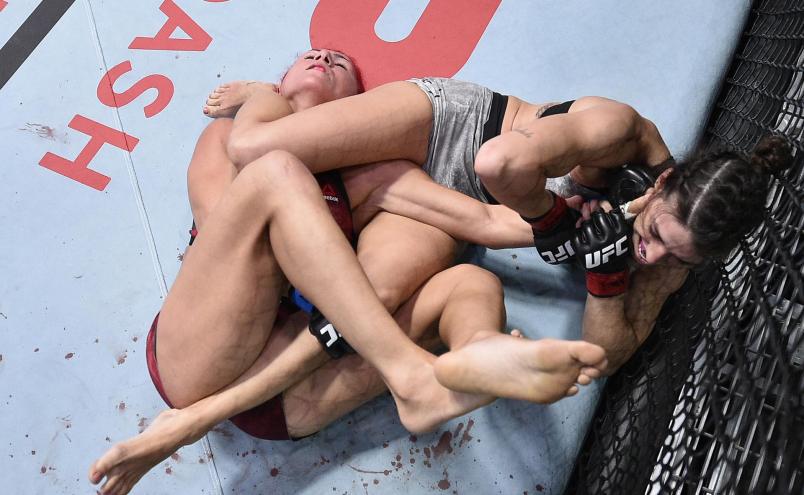 A Brazilian jiu-jitsu standout whose transition into mixed martial arts garnered a ton of attention, Dern is really starting to find her groove now inside the Octagon.

She pressed pause on her career following victories in each of her first two UFC appearances to give birth to her daughter, then suffered her first setback when she returned, dropping a unanimous decision to Amanda Ribas. But thus far in 2020, Dern has showcased how dangerous she is on the canvas with a pair of quick submission victories, tapping out Hannah Cifers in May and Randa Markos in September, finishing each inside the opening five minutes.

This weekend, Dern faces a stern test as she steps in with Virna Jandiroba.

The former Invicta FC strawweight champion dropped her debut to former UFC titleholder Carla Esparza but, like Dern, she arrives in Las Vegas on a two-fight winning streak, having also earned submissions in each of those victories. Last time out, the 32-year-old made quick work of veteran Felice Herrig, tapping her out in under two minutes to push her record to 16-1.

Dern may be the more recognizable name in this pairing, but she’s the less experienced member of the tandem and the one facing the toughest test of her career on Saturday night. Jandiroba is a highly respected competitor and if the talented 27-year-old can hustle into the Octagon and collect a third straight victory, it will elevate her from prospect to contender and send her into 2021 as one of the most intriguing rising stars in the UFC.