Find out which fighters are trending ahead of UFC Sao Paulo
By E. Spencer Kyte, on Twitter @SpencerKyte • Nov. 10, 2019

For the third and final time this year, the Octagon travels to Brazil, touching down in Sao Paulo for a 12-fight affair headlined by a crucial light heavyweight clash between top contender Jan Blachowicz and divisional newcomer Ronaldo “Jacare” Souza, who is hoping his transition from middleweight goes more like that of Anthony Smith and Thiago Santos and less like former champs Luke Rockhold and Chris Weidman.

Each of the year’s previous two stops in the South American hotbed produced new names to track that have gone on to become bona fide contenders in their respective divisions.

In February, Jairzinho Rozenstruick arrived on the heavyweight scene with a second-round stoppage win over Junior Albini. Since then, “Bigi Boy” has put Suriname on the map and himself in the championship mix with rapid finishes of Allen Crowder and Andrei Arlovski and a main event assignment opposite Alistair Overeem next month in Washinton.

When the company returned three months later for UFC 237, Jared Cannonier solidified his standing as someone to watch in the middleweight ranks by defeating Anderson Silva, while Alexander Volkanovski punched his way to a title shot with a hard-fought victory over Jose Aldo. Cannonier has since added a second-round finish of Jack Hermansson to bolster his standing as a top contender, while “Alexander the Great” is slated to challenge Max Holloway for the featherweight title in the co-main event of UFC 245 next month in Las Vegas.

Will any future contenders and title challengers emerge from the collection of newcomers featured below? Only time will tell.

Here are three fighters to watch this weekend in Sao Paulo.

Muniz has used the last two summers to make his way onto the UFC roster.

Two years ago, the 29-year-old middleweight scored a unanimous decision win over Bruno Assis during the all-Brazilian run of the Contender Series and while he didn’t earn a contract, he did earn a return trip to Las Vegas. This past August, Muniz waltzed into the cage and made quick work of previously unbeaten wrestler Taylor Johnson, transitioning to his back and sinking in a rear naked choke to close out the encounter less than two minutes after it began. 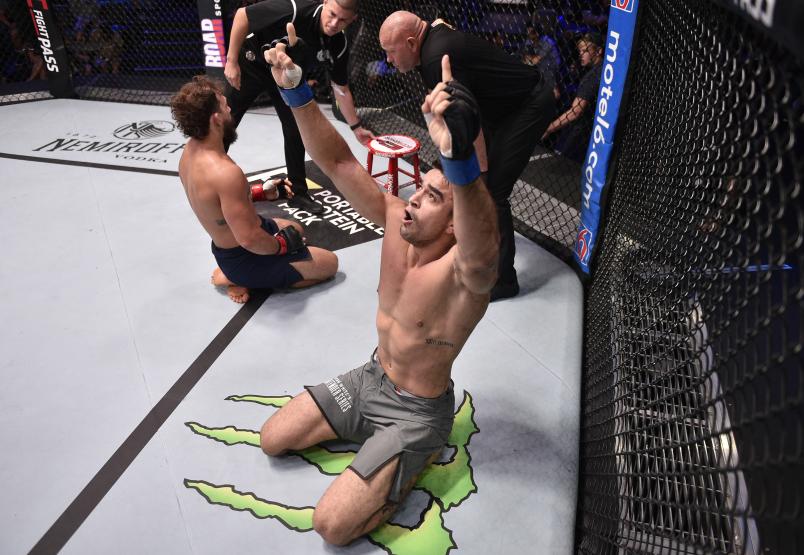 That effort was enough to merit a call to the big leagues, and Saturday, he’ll make his debut against Antonio Arroyo, who followed a similar path to competing in the UFC.

Sporting an 18-4 record in his career, Muniz has just a single loss over his last 13 fights, that coming against undefeated Azamat Murzakanov. He’s earned finishes in all but two of those triumphs and if he can manage a similar result this weekend against his similarly streaking countryman Arroyo, Muniz will establish himself as someone to keep tabs on in 2020.

Garagorri made his promotional debut in August when the UFC ventured to his home country of Uruguay for the first time, with the 30-year-old featherweight collecting a unanimous decision victory over Humberto Bandenay to push his record to a perfect 13-0. 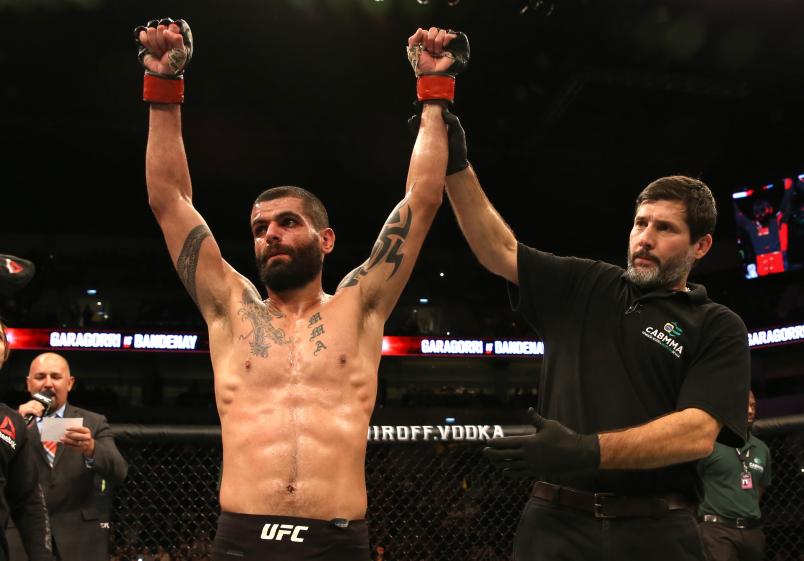 MONTEVIDEO, URUGUAY - AUGUST 10: Eduardo Garagorri of Uruguay celebrates after his victory over Humberto Bandenay in their featherweight fight during the UFC Fight Night event on August 10, 2019 in Montevideo, Uruguay. (Photo by Alexandre Schneider /Zuffa

For his sophomore appearance in the Octagon, Garagorri welcomes 24-year-old Brazilian prospect Ricardo Ramos to the UFC’s 145-pound ranks for the first time. Coming off a unanimous decision win at the end of June and brandishing a 4-1 record through his first five UFC starts overall, Ramos has been a highly regarded member of the bantamweight class throughout his tenure and carries that tag with him into his featherweight debut.

Garagorri showed excellent poise and sound technical skills in dispatching Bandenay in what was surely an emotional, tense debut. With that one behind him and now heading on the road to compete for the first time, don’t be surprised if the seasoned sophomore delivers an even better showing this time around.

One of two female fighters to earn a contract during the third season of Dana White’s Contender Series this past summer, Cortez looks to maintain the strong form she displayed competing inside the UFC Apex into her promotional debut as she ventures to Sao Paulo to face off with Vanessa Melo.

Back in July, the 25-year-old dominated her bout with Mariya Agapova in Las Vegas to run her winning streak to five, which includes a split decision victory over the previously unbeaten Erin Blanchfield in her last appearance under the Invicta FC banner. After initially being paired off with Duda Santana, Cortez will instead face off against Melo, who works as a sub for the second time in as many appearances after filling in opposite Irene Aldana in her promotional debut. 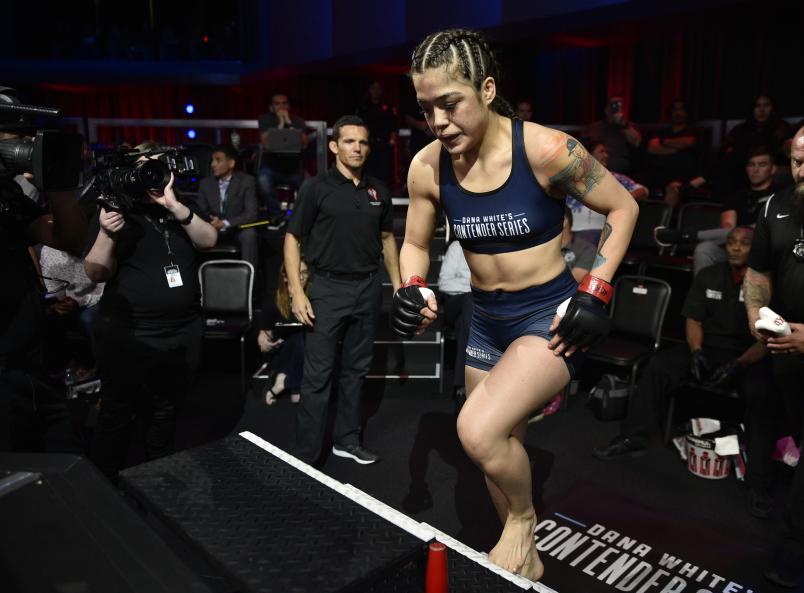 The Brazilian came in over the bantamweight limit for that one, but with a little more time to prepare, hopefully it won’t be an issue here. Prior to losing to Aldana, Melo had collected five straight victories, including wins over Daiane Firmino and Mariana Morais, two experienced hands on the Brazilian regional circuit.

Cortez was perfect as an amateur and has rolled since dropping her pro debut in August 2017, and if she can keep that up this weekend in Sao Paulo, she’ll head into next year with a win in her UFC debut behind her and a ton of momentum carrying her into even greater opportunities in the ultra-competitive bantamweight division.