Fighters On The Rise: February 27 Edition

See Which UFC Athletes Are On The Rise Heading Into UFC Fight Night: Rozenstruik vs Gane
By E. Spencer Kyte, on Twitter @spencerkyte • Feb. 23, 2021 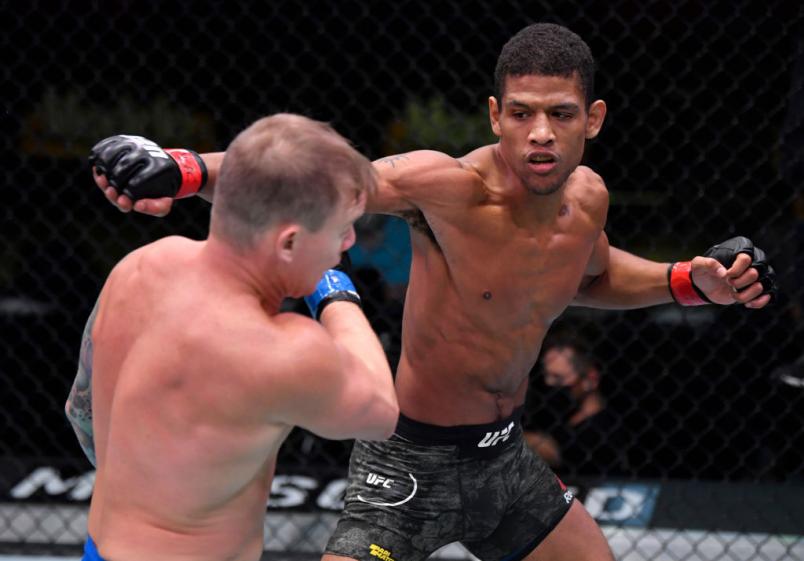 Now entering his second decade on the UFC roster, Alex Caceres arrives in Las Vegas on one of the best runs of his career.

A contestant on Season 12 of The Ultimate Fighter when he was still in the very early stages of his professional career, the now 32-year-old has grown up inside the Octagon, with Saturday’s bout with Kevin Croom marking the 24th time Caceres has made the walk under the UFC banner. After struggling with inconsistency for vast stretches of the last 10 years, he heads into this weekend’s contest on a three-fight winning streak and having won four of his last five overall.

It’s never been an issue of talent or raw tools with Caceres, who has a tremendous frame and reach for the featherweight division and has always exhibited the kind of natural gifts and fluidity that many aspiring fighters would love to possess. The piece that often appeared to be missing as the mercurial perennial prospect navigated the peaks and valleys of his professional career was focus, as the exceedingly laid-back Miami native occasionally seemed too laissez-faire for someone about to get into a fistfight.

But during the course of his current winning streak, Caceres has shown improved focus and a greater sense of urgency right out of the chute, locking in as soon as the bout begins, and the results have been telling.

After scoring a unanimous decision win over scrappy Fortis MMA representative Steve Peterson in the summer of 2019, the long-time MMA Lab representative dominated upstart Chase Hooper. A couple months later, Caceres turned in one of the best performances of his career, making quick work of late replacement Austin Springer, finishing the former Contender Series competitor in under four minutes at the end of August.

Saturday night, Caceres shares the Octagon with Croom, an experienced regional veteran who made a splash in his short notice debut last September, choking out Roosevelt Roberts, only to have the rapid submission win be overturned following the bout after testing positive for marijuana.

This is the kind of fight that should make it clear whether Caceres is finally starting to put it all together and truly taking things to the next level, as Croom is a high-risk opponent who is going to bring the fight to the tenured UFC featherweight from the outset.

While a victory this weekend won’t necessarily catapult Caceres into the Top 15 in the talent-rich 145-pound weight class, it would push his winning streak to four and signal that more than a decade after strutting and dancing his way into our lives via The Ultimate Fighter, “Bruce Leeroy” just might be ready to take a major step forward in his career 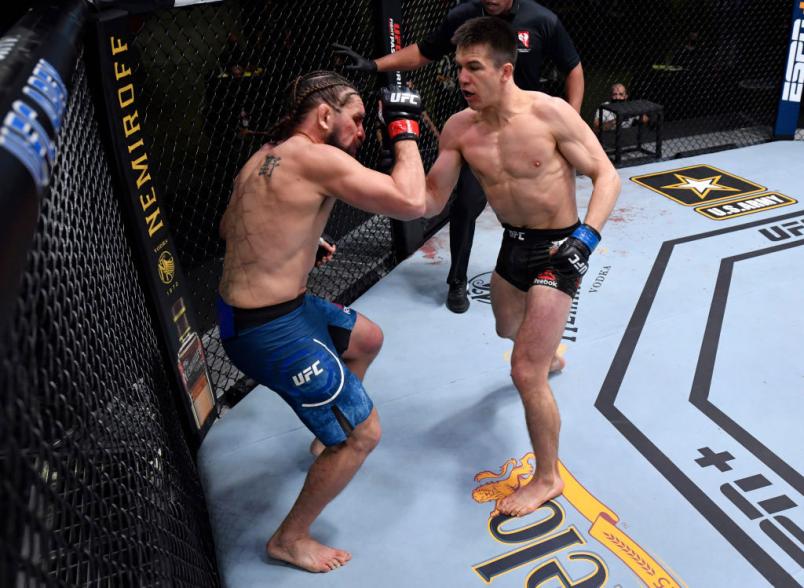 Alexander Hernandez is one of those young fighters that burst onto the scene with a couple terrific performances, hit a rough patch, and is now in the process of regaining his footing and looking to move forward in the treacherous UFC lightweight division.

The 28-year-old made his promotional debut on just under three weeks’ notice at UFC 222, immediately announcing his presence with a 41-second knockout win over Beneil Dariush. After adding a unanimous decision triumph over Olivier Aubin-Mercier to his resume four months later, Hernandez was thrust into the thick of the lightweight title chase to start 2019, but ran into a rejuvenated and ready Donald Cerrone, who halted his eight-fight winning streak.

A bounce-back win over Francisco Trinaldo at home in San Antonio was followed by a first-round stoppage loss to Drew Dober last May when the UFC returned to action in Jacksonville, Florida, and prompted some soul searching and a change of location for the confident lightweight.

Hernandez relocated to Englewood, Colorado to work with Marc Montoya and the team at Factory X Muay Thai, and made a statement in his first outing since the switch, blowing through Chris Gruetzemacher in less than two minutes on Halloween.

This weekend, Hernandez shares the Octagon with Thiago Moises in one of those Highlander-esque pairings where only one of the emerging lightweights is going to move forward off a win.

While his initial push into the title picture proved a bit hasty, there is no denying that Hernandez has exhibited a ton of potential over the course of his six-fight UFC run and is the type of talent who could easily string together three, four, five victories to once again make a push towards contention, especially given how good he looked in his first showing since moving to Colorado.

If he emerges victorious this weekend in Las Vegas, don’t be surprised if Hernandez is once again in the mix as a potential dance partner for others on the fringes of the Top 15 or those holding onto a place in the lower third of the rankings. 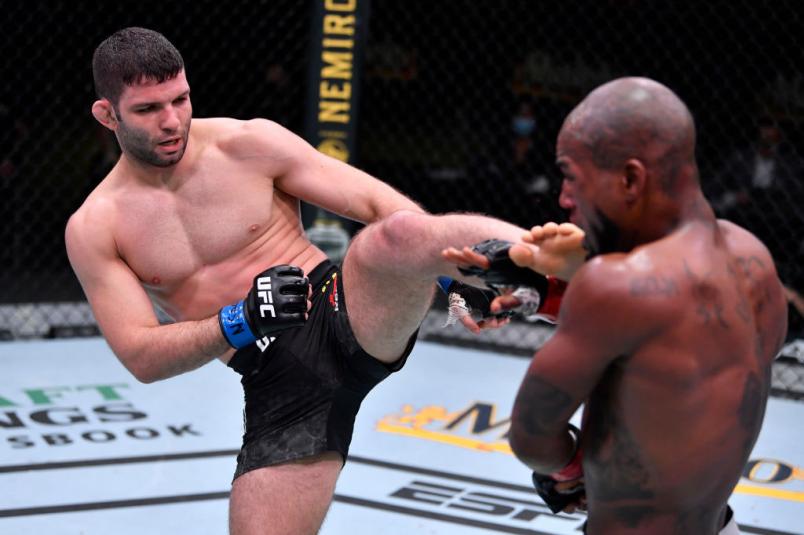 It may have taken Thiago Moises a couple fights to find his footing in the UFC, but the 25-year-old Brazilian heads into this weekend's clash with Alexander Hernandez on a two-fight winning streak and poised to potentially make some noise in the lightweight division.

Moises rose to prominence on the regional circuit under the RFA banner, where he claimed the promotion's lightweight title and earned victories over the likes of Zach Freeman and Jamall Emmers. After earning a place on the UFC roster with a first-round knockout win on one of the all-Brazilian editions of the Contender Series in the summer of 2018, Moises landed on the wrong side of the scorecards in his debut against Beneil Dariush. A decision win over Kurt Holobaugh followed, but another tough assignment brought another decision loss to ultra-talented lightweight Damir Ismagulov.

Since then, however, Moises has found a rhythm. Last May, he scored a second-round submission win over Michael Johnson and followed it up with a unanimous decision triumph over veteran Bobby Green in October. Now 3-2 in the UFC and 14-4 overall, the emerging Moises has a chance to take another step forward in the treacherous lightweight ranks when he takes on Hernandez on Saturday.

A fixture at American Top Team in South Florida since he was 17 years old, Moises has the potential to be a Top 15 staple in the crowded lightweight division and can take a major step towards achieving that goal with a quality effort against Hernandez this weekend. After getting the better of a pair of veteran stalwarts in 2020, this is the type of matchup that can further elevate his standing in the 155-pound ranks to kick off what he hopes will be a similarly successful 2021 campaign.