Fighters On The Rise | UFC Fight Night: Kattar vs Emmett

Make Sure You Know Which Fighters Are On The Rise Heading Into UFC Fight Night: Kattar vs Emmett
By E. Spencer Kyte, on Twitter @SpencerKyte • Jun. 14, 2022

Austin, Texas is a great place for profiling emerging competitors, as the city has become one of the hotbeds for all things emerging in so many different areas over the last several years.

Emerging companies, emerging bands, emerging food trends and restaurants spring up out of Austin on the regular, and this week, a trio of emerging fighters are slated to step into the Octagon and put their skills on full display, eager to show why they deserve to be considered as names to watch in their respective divisions.

Two are UFC sophomores, though the time between their first and second appearances are quite different, while the third is a rising star getting a home state showcase as he looks to build on an outstanding start to his time inside the Octagon.

On a card laced with intriguing fights and capped by an ultra-competitive matchup in the talent-rich featherweight division between Calvin Kattar and Josh Emmett, these three ascending names have a real chance of showing out on Saturday night.

This is the June 18 edition of Fighters on the Rise. 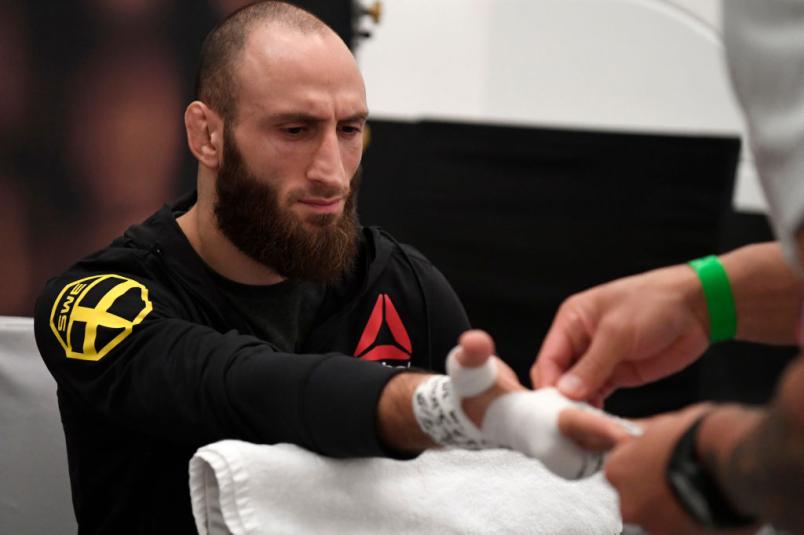 The saying “timing is everything” is usually used to confer someone being in the right place at the right time, but it can work in reverse as well, as Kutateladze could likely tell you.

In the fall of 2020, the Georgian lightweight got the call to the Octagon and made his UFC debut on Fight Island, registering a split decision victory over fellow newcomer and previously undefeated KSW two-weight world champion Mateusz Gamrot. Since then, “Gamer” has gone on to rattle off three consecutive stoppage wins to climb into the Top 15 and land his first main event assignment later this month, while this weekend marks Kutateladze’s first trip back into the cage since that victory.

Preview Every Fight On UFC Fight Night: Kattar vs Emmett

The fight with Gamrot was close and competitive, as you would expect in a contest where the judges were split, and whether you agree with the verdict or not, Kutateladze gave the now-ascending Polish standout a tough fight, which illustrates his levels and makes his long overdue sophomore appearance one to pay close attention to this weekend.

The 30-year-old, who had a pair of matchups with Don Madge scuttled last year, gets the opportunity to re-establish his momentum this weekend in another quality clash against a talented, but unheralded lightweight in Damir Ismagulov. The Russian veteran was scratched from his last appearance after missing weight by a considerable margin, but has won 15 straight overall, including all four of his trips into the Octagon.

After halting Gamrot’s undefeated run in his debut, the “Georgian Viking” has the chance to put an end to another lengthy run of success on Saturday night in Austin, and if he does, Kutateladze will head into the second half of the year as a dark horse in the talent-rich lightweight division. 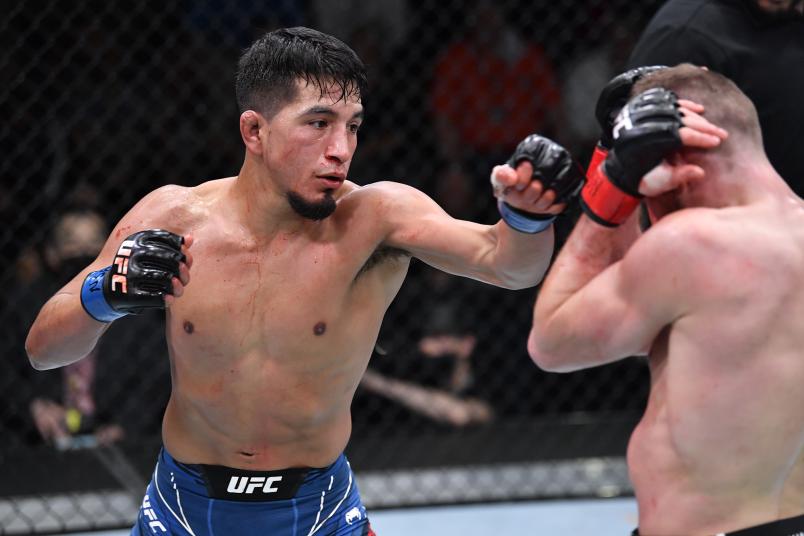 For the first time in his UFC career, Yanez lands an assignment away from the UFC APEX, returning to his home state of Texas to make his 2022 debut opposite Tony Kelley.

In his first 13 months on the UFC roster, all the 28-year-old bantamweight prospect did was post a 4-0 record with three straight stoppage wins to begin that run, followed by a hard-fought victory over British veteran Davey Grant. He earned Performance of the Night bonuses in each of his first three outings, and Fight of the Night honors with Grant, cementing his standing as an exciting, all-action emerging star in the loaded bantamweight division.

Yanez, who trained under the late Saul Soliz, earned his place in the UFC with a hellacious first-round knockout win over Brady Huang on Season 4 of Dana White’s Contender Series, and fought a tough slate on the regional circuit before that, establishing his bona fides as a serious prospect.

After losing his debut to Kai Kamaka in a Fight of the Night-winning scrap, Kelley has picked up consecutive wins upon moving down a division, out-hustling Ali Al-Qaisi before collecting a second-round finish of Randy Costa last time out.

The pairing with Kelley is an opportunity for the Dr. Pepper fiend to get back in the Octagon, register another victory, and continue moving forward in the 135-pound ranks. 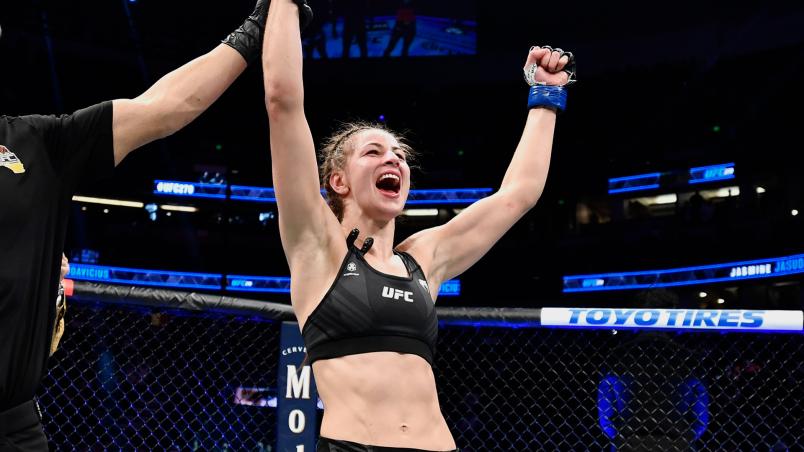 Jasmine Jasudavicius of Canada reacts after her victory over \ in their flyweight fight during the UFC 270 event at Honda Center on January 22, 2022 in Anaheim, California. (Photo by Chris Unger/Zuffa LLC)

After punching her ticket to the UFC with a hard-fought victory on Dana White’s Contender Series last fall, Jasudavicius made her debut in January and turned in a comparable effort opposite Kay Hansen at UFC 270, registering a unanimous decision victory to push her winning streak to three and force one of her best friends to get a tattoo of her face on her person.

Quick version: years ago, when Jasudavicius was starting out in MMA, her best friend told her if she got to the UFC, she would get a tattoo of her face on her body. Jasudavicius could have asked for “payment” after winning on DWCS, but instead wanted to actually compete inside the Octagon first. She did, she won, and an awesome story got its permanent ink happy ending.

That friend and any of Jasudavicius’ other friends may want to temper their betting ways with the UFC flyweight, because through eight fights, the Niagara Top Team representative is showing signs of upside in the 125-pound weight class.

The 33-year-old is 7-1 in her career and riding a three-fight winning streak since her split decision loss to Elise Reed two summers ago. In each of her last two outings, Jasudavicius has displayed the kind of tenacity and grittiness that can’t be taught, as well as improving hands and strong work in the clinch. She started competing a little later than most emerging talents but has reached this level in a short amount of time, which underscores her upside and gives a reason to be optimistic about what she could do in the coming years.

View The Entire Card Going Down In Austin

Silva has significantly more overall experience, but the quality of her competition is hard to define, as the 25-year-old has largely faced opponents with limited experience. She’s won nine of her last 10 outings after starting her career with a 3-4-1 mark — the lone setback coming against strawweight contender Marina Rodriguez —and her record is flecked with finishes that should give Jasudavicius reason to be wary when the fight hits the canvas.

This is a quality second assignment for the promising Canadian and if she can cruise past Silva this weekend, she’ll head into the second half of the year assured of a spot on the mid-year list of the top newcomers and ready for another step up in competition.