FIGHTERS ON THE RISE - FEBRUARY 20 Edition

In a little less than two months, Daukaus went from being the older brother of middleweight prospect Kyle Daukaus to a bona fide person of interest in the UFC heavyweight division, as tandem first-round finishes of Parker Porter and Rodrigo Nascimento thrust the Philadelphia police officer into the spotlight.

Daukaus is one of those unassuming types that illustrate what a difference sound fundamentals, quality conditioning, and carrying dynamite in your hands can do for you in the heavyweight division. He’s also tougher than a three-dollar steak, willing to eat one to land one, and showed in his bout with Porter than he’s capable of swarming opponents with volume and pace, something you don’t always see in the big boy ranks.

This weekend, Daukaus gets the opportunity to catapult himself into the Top 15 as he squares off with Aleksei Oleinik.

The 43-year-old Russian submission ace had his two-fight winning streak snapped by Derrick Lewis last time out, but he’s proven over the last several years to be a tough assignment for a number of hopefuls looking to climb up the divisional ladder at his expense. Between his wealth of experience and uncanny abilities on the ground, Oleinik has the potential to be a nightmare matchup for anyone that takes him lightly and doesn’t approach grappling with him with an abundance of caution.

But as a tenured member of the Top 15 and a respected veteran of the sport, a win over Oleinik is the type of victory that can take a relative newcomer from “interesting to track going forward” to “in the mix” in a hurry, and if Daukaus can pick up a third consecutive UFC win this weekend and extend his overall winning streak to four, folks will have to start referring to Kyle as the younger brother of intriguing Top 10 heavyweight Chris Daukaus. 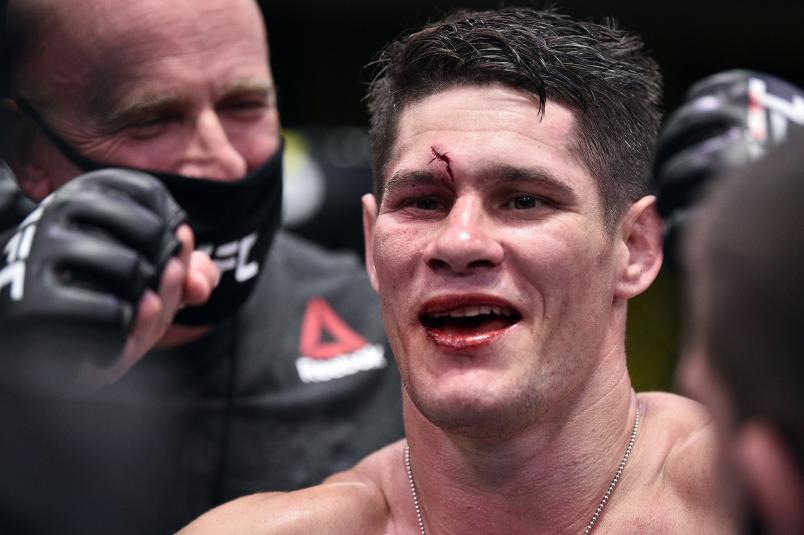 Charles Rosa celebrates after his decision victory over Kevin Aguilar in their lightweight fight during the UFC Fight Night event at UFC APEX on June 13, 2020 in Las Vegas, Nevada. (Photo by Chris Unger/Zuffa LLC)

Injuries and tough assignments have kept Rosa from ever really establishing a rhythm and flow inside the Octagon, but after getting back into the win column in his second appearance of 2020, the 34-year-old featherweight staple looks to start a run this weekend when he takes on Darrick Minner.

An unbeaten standout with a ton of buzz during his days on the regional circuit, the Peabody, Massachusetts native made a splash in his UFC debut, venturing to Stockholm, Sweden on short notice to go three-hard rounds against Dennis Siver, kicking off a career in the Octagon that would see him toggle between solid victories and losses to ultra-talented fighters.

Finally healthy and able to compete regularly, Rosa ran into a buzzsaw last May, landing on the wrong side of the grappling exchanges against Bryce Mitchell at UFC 249, but rebounded with a gritty, hard-fought split decision victory over former LFA champ Kevin Aguilar to bring his record level at 4-4 in the UFC.

After dropping his promotional debut in February, Minner scored the first victory of his UFC career in September, authoring one of the biggest upsets of the year by choking out highly touted Canadian prospect TJ Laramie in less than a minute.

Rosa has always been recognized as a tough out in the featherweight ranks and the type of scrappy competitor upstarts needed to beat in order to move forward in the division, which is why he’s shared the cage with ranked fighters like Mitchell, Shane Burgos, and Yair Rodriguez when they were on their way up, but now it’s his turn to try to make a run towards the top of the division.

Healthy, hungry, and focused on fulfilling the promise he showed during the nascent stages of his career, a second straight victory for Rosa on Saturday night would further solidify his standing as a dangerous threat just outside the Top 15 and create an opportunity for a step up in competition next time out that could potentially carry him into the rankings. 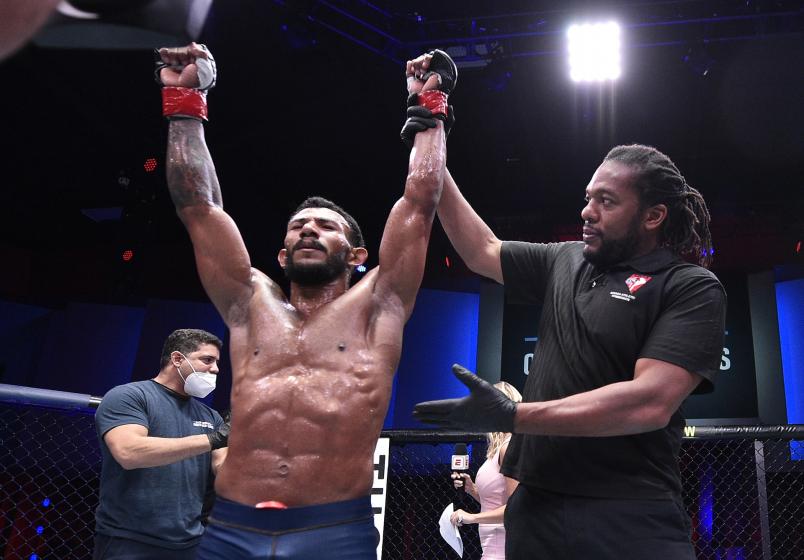 Alves’ arrival in the UFC is a testament to his perseverance and ability to shine in the biggest moments.

The Brazilian veteran began his career with seven consecutive victories but spent the next three years mired in a frustrating run where he amassed a 3-6 record in nine starts. Just when it seemed like he was turning a corner by collecting three straight victories, Alves hit another rough patch, dropping three of his next four fights to leave his record at 14-9 at the close of 2016.

The 30-year-old MMA Masters representative hasn’t lost since, rattling off five straight victories including a pair of stoppages in front of UFC President Dana White, the last of which came in August on the Contender Series. Those tandem finishes were enough to convince White that Alves was deserving of a place on the UFC roster, and now the newcomer gets the opportunity to make an instant splash in the featherweight division as he squares off with CFFC champ Pat Sabatini on Saturday.

A fellow 30-year-old with a championship pedigree on the regional circuit, Sabatini tags in for former TUF winner Mike Trizano, who was forced to withdraw due to an ankle injury. Brandishing a 13-3 record that includes an early career win over current UFC competitor Tony Gravely and five wins over his last six starts, Sabatini is a proven finisher and perennial tough out, having earned 11 of his 13 wins inside the distance while two of his three losses have come on the scorecards, with the other coming as a result of an injury.

Alves seems to have tapped into something over his last five fights — a way to blend his natural aggressive tendencies with the patience to pick his spots, create opportunities to finish, and end things inside the distance — and if he can continue to do so this weekend against a very game, very dangerous Sabatini, he could very well secure a third straight victory with Dana White looking on and establish himself as an intriguing addition to the featherweight ranks.