Fighters On The Rise | UFC Fight Night: Blaydes vs Daukaus

A week after making its return to London, the UFC Octagon touches down in Columbus, Ohio for the first time in 13 years with an absolutely packed fight card that includes hometown favorite Matt Brown and heavyweights Curtis Blaydes and Chris Daukaus battling it out in the main event.

Where an event in London felt like a return to normalcy, the UFC heading back to Columbus feels like as much of a throwback as Team Alpha Male’s Song Yadong lobbying for a fight with Dominick Cruz two Saturdays ago — classic 2009 vibes where all that’s missing is The Black Eyed Peas’ “I Gotta Feeling” bumping in the background.

The last time the UFC held an event in Columbus — UFC 96 — the 10-fight card produced seven finishes and a tremendously enjoyable night of action, and this weekend shouldn’t be any different.

Here’s a closer look at three emerging talents to watch for on Saturday at Nationwide Arena.

This is the UFC Columbus edition of Fighters on the Rise. 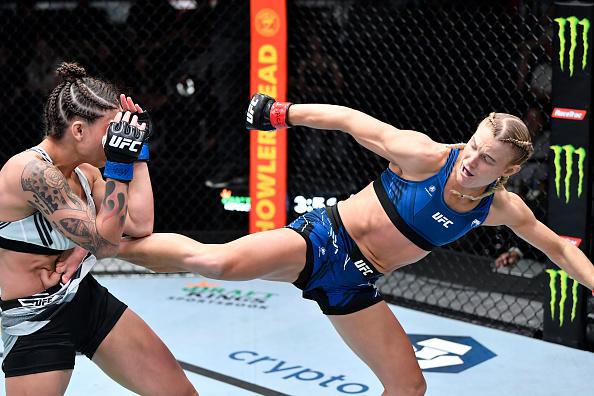 A black belt in karate from Nice, France, Fiorot debuted in the Octagon last January, registering a second-round stoppage win over Victoria Leonardo that pushed her winning streak to six. Just over five months later, she extended that run to seven with a similar result against Tabatha Ricci, and in October, the 32-year-old made it eight straight with a unanimous decision win over Mayra Bueno Silva to cap one of the best rookie campaigns of 2021.

“The Beast” was booked to make her first start of the year earlier this month at UFC 272 opposite Jessica Eye, but the veteran was forced to withdraw, leaving Fiorot without a dance partner. But she’s moved from one former title challenger to another, as this weekend, the ascending flyweight steps in opposite Jennifer Maia.

While there have been a number of impressive newcomers working their way up the ranks in the 125-pound weight class over the last year, what separates Fiorot is not only her kick-heavy, karate-based style, but also her power and high-volume approach. The French standout has earned six of her eight career wins by stoppage, and currently lands an average of just over seven significant strikes per minute, connecting at a 42 percent clip.

This matchup with Maia is another step up in competition for the ascending second-year UFC fighter, but the right step at this time and a result of what she’s been able to accomplish already. The Brazilian is a tough out for anyone in the division, having only been bested, by decision, by champion Valentina Shevchenko and former title challengers Katlyn Chookagian and Liz Carmouche since landing in the UFC.

Given Maia’s track record, a victory for Fiorot would clearly be a massive result that catapults her into title contention in the flyweight division. 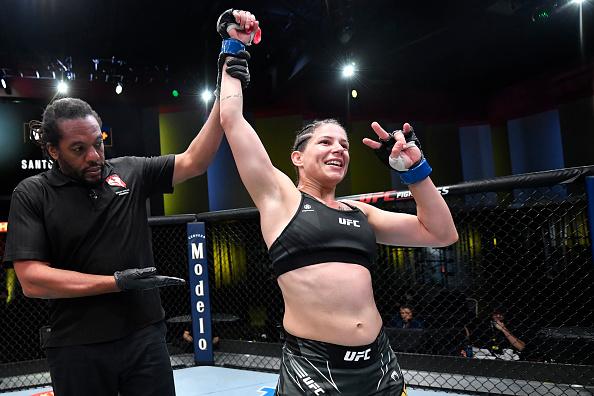 Karol Rosa has quietly and steadily been working her way forward in the bantamweight division since arriving in the UFC in the summer of 2019.

Entering on a two-fight winning streak that included avenging the first loss of her career, the Brazilian kicked off her tenure with a split decision victory in Shenzhen, China over Lara Procopio and has looked increasingly impressive since, arriving in Columbus this weekend with a 4-0 mark inside the Octagon as she readies to take on veteran Sara McMann.

There is nothing flashy about Rosa’s game — she’s simply a fundamentally sound, stick-to-what-works fighter from a good camp that continues to show improvements each time out. She’s dominated each of her last three opponents, sandwiching a victory over Joselyne Edwards that highlighted her grappling abilities between wins where she boxed up Vanessa Melo and Bethe Correia, landing well over 100 significant strikes in each of those three-round contests.

Much like with Fiorot’s bout against Maia, Saturday’s pairing with McMann represents a significant step up in competition for the 12th-ranked Rosa, but it’s the correct pairing for the 27-year-old at this moment. She’s proven herself to be a legitimate Top 15 talent and is looking to distance herself from the pack of hopefuls trying to work their way up the divisional ranks alongside of her, and beating McMann would go a long way to showing she’s capable of hanging with the best the 135-pound weight class has to offer.

McMann is a powerhouse grappler who has been in the Octagon with the best bantamweights in the world. Last time out, the Olympic silver medalist controlled the action on the canvas against current champ Julianna Pena, securing takedowns, avoiding submissions and landing ground-and-pound through the first two rounds before getting submitted in the third.

This is the type of litmus test Rosa needs to pass in order to climb into the Top 10 and establish herself as someone to think about as a potential title challenger down the line. Rosa is just now reaching the start of what many consider an athlete’s physical prime, and with the experience she’s already garnered and the skills she’s already displayed, seeing the Brazilian take a big step forward and continuing her ascent beginning this weekend would not be surprising at all. 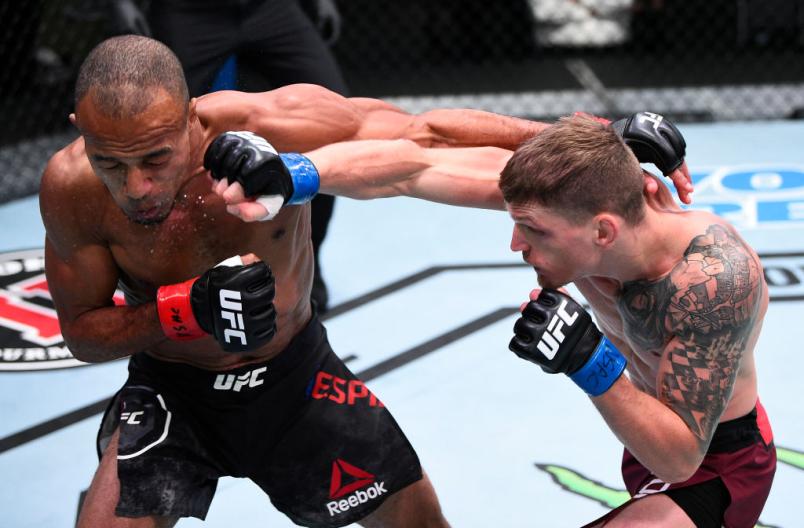 David Dvorak has won 16 consecutive fights, the last three of which have come inside the UFC Octagon.

Say what you want about the level of competition he faced during that stretch or where he was competing, but understand this: if winning 16 consecutive fights anywhere, against any caliber of opponent were easy, more people would be riding 16-fight winning streaks. Since few can boast such an accomplishment, it should tell you how good Dvorak is once he steps into the fray.

The 29-year-old Czech flyweight earned a pair of victories in his 2019 rookie campaign in the UFC, besting Bruno “Bulldog” Silva and Jordan Espinosa by unanimous decision to ascend into the Top 10 in the 125-pound weight class. Last May, he was slated to face Raulian Paiva, but the Brazilian was pulled from the event due to issues with his weight cut, and replaced at the 11th hour by Juancamilo Ronderos.

Dvorak did what you want to see any Top 10 talent do against a newcomer in a late-replacement situation, submitting Ronderos in less than three minutes.

Saturday night, the “Undertaker” squares off with Matheus Nicolau in a clash of Top 10 fighters looking to really build some momentum in the ultra-competitive flyweight division. Nicolau has earned a pair of close decision wins since returning to the promotion last March, edging out Manel Kape and Tim Elliott on the scorecards, and besting the Brazilian would show not only where Dvorak stands in the division at the moment, but that he’s someone with further upside going forward.