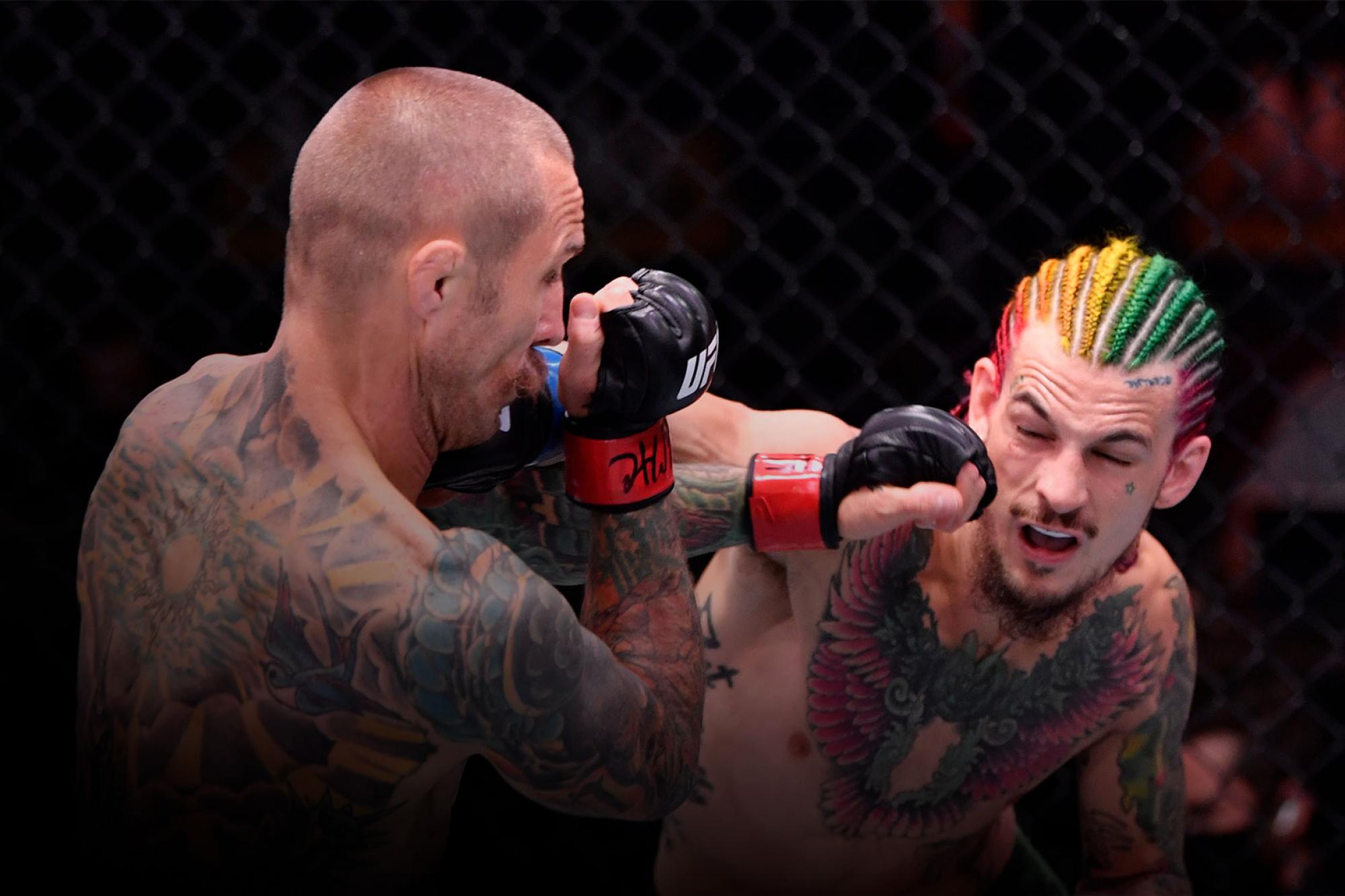 Fighters On the Rise: UFC 252 Edition

Take a closer look at three fighters poised to emerge ahead of their bouts on UFC 252
By E. Spencer Kyte, on Twitter @SpencerKyte • Aug. 9, 2020

The next event in the UFC’s scrap-filled summer is a pay-per-view show headlined by the highly anticipated heavyweight trilogy bout between Stipe Miocic and Daniel Cormier.

But before that happens, an entire slate of quality matchups featuring former champions and current contenders, emerging prospects, experienced veterans, and everyone in between will hit the Octagon, setting the table for the clash of the heavyweight titans that will close out the proceedings.

Standing out amongst the collection of competitors that will venture into the UFC cage ahead of Miocic and Cormier are three rising stars — two bantamweights and one lightweight — whose recent results have them trending towards contender status and potentially becoming title challengers in the not too distant future.

One of the brightest young stars on the UFC roster, O’Malley has used a pair of appearances in 2020 to show that his two years away from the Octagon following his breakout rookie campaign accelerated his ascent towards the top of the bantamweight division.

Back in March, the 25-year-old Montana native ended a 735-day stretch between fights with a blistering first-round stoppage win over Jose Quinonez at UFC 248, pushing his record to 11-0 in the process. It was a sharp reminder of the promise O’Malley showed as one of the breakout fighters from the first season of the Contender Series and once again made people eager to tune in to “The Sugar Show.”

Three months later at UFC 250, O’Malley registered the most impressive victory of his young career, felling veteran Eddie Wineland with a sniper shot of a right hand less than two minutes into their main card clash. Like his victory over Quinonez earlier in the year, O’Malley’s win over Wineland showcased his maturation as a fighter and the technical advancements he’s made since bursting onto the scene in the summer of 2017.

His quest for a third 2020 victory brings him to UFC 252 and a showdown with fellow emerging threat Marlon “Chito” Vera. The 27-year-old former TUF Latin America competitor has shown tremendous improvement and growth since joining Team Oyama but had his five-fight winning streak snapped last time out when he landed on the wrong side of a hotly debated split decision verdict in his bout against Song Yadong.

Just as Quinonez and Wineland were obvious hurdles O’Malley needed to clear to further his climb up the divisional ranks, so too is Vera, who would like nothing more than to get back into the win column by knocking off one of the mostly highly regarded prospects to arrive in the UFC over the last decade.

O’Malley feels like a special talent and has looked the part thus far in his career, especially of late. Although the bantamweight division has never boasted as much depth and talent as it does now, if “Sugar” continues laying out quality opponents with relative ease, it will become increasingly difficult to deny him an opportunity to climb the ranks and face some of the top names in the 135-pound ranks.

O’Malley isn’t the only bantamweight with a pair of victories in 2020 competing on Saturday night’s fight card in Las Vegas.

After losing each of his first two appearances inside the Octagon, Dvalishvili has rattled off four straight victories to establish himself as another emerging name to track in the talent-rich 135-pound weight class. This year, the Serra-Longo Fight Team representative has posted unanimous decision wins over Casey Kenney and Gustavo Lopez, utilizing a wrestling-heavy approach that has seen the native of Georgia to pile up takedowns in record-breaking fashion.

The 29-year-old isn’t someone who is going to hunt for submissions from top position or utilize especially punishing ground-and-pound once he puts you on the canvas; he’s going to rough you up a little, let you get back to your feet, and then break your spirit by sending you crashing to the floor once more.

That task will be a little more challenging this weekend as Dvalishvili gets a considerable step up in competition as he takes on Top 15 fixture John Dodson. The Albuquerque native and former flyweight title challenger remains one of the toughest competitors in the division to corner and showed in his February win over Nathaniel Wood that he’s still more than capable of derailing an up-and-comer’s plans for building their name off his own.

This is the type of matchup that will answer a lot of questions about Dvalishvili, both in terms of his adaptability in the Octagon and where he stands in his development as a fighter. Thus far, he’s been able to dictate the terms of engagement and dominate with his wrestling, but that will be harder to do against Dodson.

If he’s successful, Dvalishvili could find himself alongside O’Malley, making noise outside the Top 10 in the bantamweight rankings, demanding an opportunity to compete against the most accomplished names in the division.

The first half Newcomer of the Year according to the staff here at UFC.com, Burns looks to add to his impressive rookie campaign as he returns to action on Saturday night against veteran Daniel Pineda.

A graduate of the Contender Series in 2019, Burns made his promotional debut in January, knocking Nate Landwehr out cold with a perfectly placed knee up the middle just past the midway point of the opening round. Then in June, “The Blaze” showed off his ground game by quickly submitting Evan Dunham at UFC 250, dispatching the returning veteran in 80 seconds flat.

Now riding a five-fight winning streak, he’ll look to extend his run of success to six and continue his string of impressive performances as he welcomes Pineda back to the Octagon for the first time since March 2013.

The 34-year-old Texan went 3-4 during his first go-round in the UFC, exiting after consecutive unanimous decision losses. He’s bounced around since then, competing in LFA, Bellator, and the Professional Fighters League over the last seven years.

Burns has looked outstanding thus far, and not only is this an opportunity to add another victory to his resume and take another step forward, but it’s also a chance for the little brother to go ahead 3-2 in the friendly family competition with brother Gilbert that has to be going on between the scrapping siblings in 2020.