The final fight card of the month offers an opportunity to get familiar with a host of emerging talents on the UFC roster.

Headlined by a crucial heavyweight contest between streaking mastodons Curtis Blaydes and Derrick Lewis that is sure to have a serious impact on the way things are booked in the first half of next year, the remainder of the card features an assortment of freshman and sophomore fighters, plus a handful of more seasoned types who are primed to potentially make a move.

Here’s a closer look at three athletes to pay close attention to this weekend.

This is the November 28 edition of On the Rise. 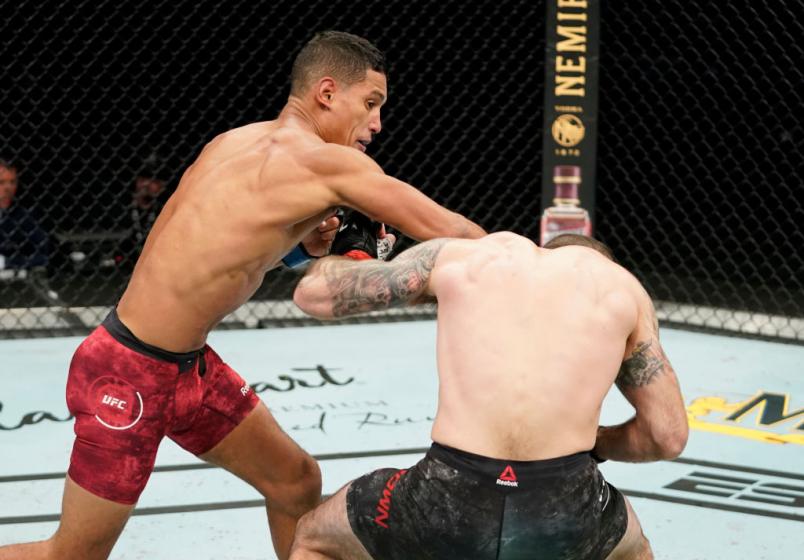 You would think that people would already be checking for Baeza based on the strength of his nickname alone, but heading into his third UFC appearance, “Caramel Thunder” remains an under-the-radar prospect in the welterweight division.

The undefeated Baeza has looked great in each of his first two trips into the UFC cage. After registering a second-round stoppage win over Hector Urbina in his debut, the 28-year-old South Florida native went shot-for-shot with veteran brawler Matt Brown in his sophomore showing, rallying from getting rocked early in the first to finish “The Immortal” just 18 seconds into the middle stanza.

A graduate of the Contender Series, the MMA Masters representative has seven finishes in nine fights and has excellent size for the division. He looks the part of a fighter with a promising future and the results have been there thus far as well, making Baeza a prime candidate to make a move up the divisional hierarchy as he kicks off his second year on the UFC roster this weekend in a showdown with Takashi Sato.

The Japanese welterweight has alternated wins and losses through his first three trips into the Octagon and enters Saturday’s contest off a 48-second stoppage win over Jason Witt at the end of June. The 30-year-old Sato has a wealth of experience and an aversion to the scorecards, which means this should be another instance where the emerging Baeza is pushed by a more seasoned, equally dangerous opponent.

Matchups like this are what help clarify where an up-and-coming talent fits in their division and where their ceiling may rest, making Saturday’s bout against Sato a crucial assignment for Baeza. If he can extend his unbeaten record to double digits and secure a third straight UFC stoppage victory, there will be plenty of people talking about “Caramel Thunder” on Sunday morning. 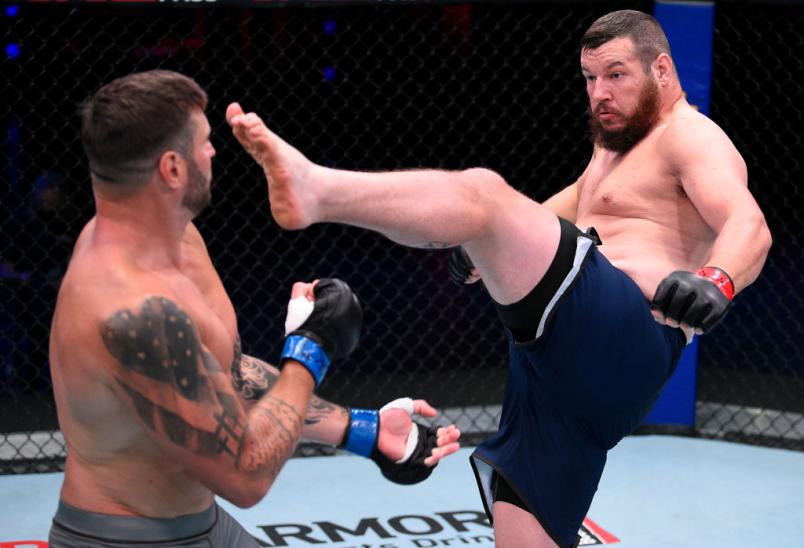 New additions to the heavyweight roster are always worth tracking and Parisian has already teased UFC audiences with his potential after registering a pair of first-round stoppage wins in two Contender Series appearances.

The Scorpion Fighting System product laid out East Coast regional staple Greg Rebello on Season Two of the talent search series, earning a spot on Season 28 of The Ultimate Fighter with the victory. Things didn’t go his way on the long-running reality TV competition, but after dropping his first appearance after leaving the house, Parisian has been on a tear. Back in August, the 31-year-old extended his winning streak to six with a first-round finish of Chad Johnson, finally securing that elusive UFC deal.

Saturday night, he steps in with Parker Porter looking for his second straight victory inside the UFC Apex.

Parisian has surprising athleticism and quickness for a man his size and has only been the distance twice in his career, with each of those fights taking place prior to 2018. He’s an all-action addition to a division where fights can occasionally drag, and his recent form and relatively young age (31) compared to his contemporaries in the heavyweight ranks makes him an interesting name to track going forward.

Porter landed on the wrong side of a first-round finish in his debut, which was his first fight in nearly a year. With the rust shaken off and a sour taste in his mouth, the Connecticut native will likely be chomping at the bit to get back into the win column, and that eagerness should pair nicely with Parisian’s attacking style when they hit the cage on Saturday night. 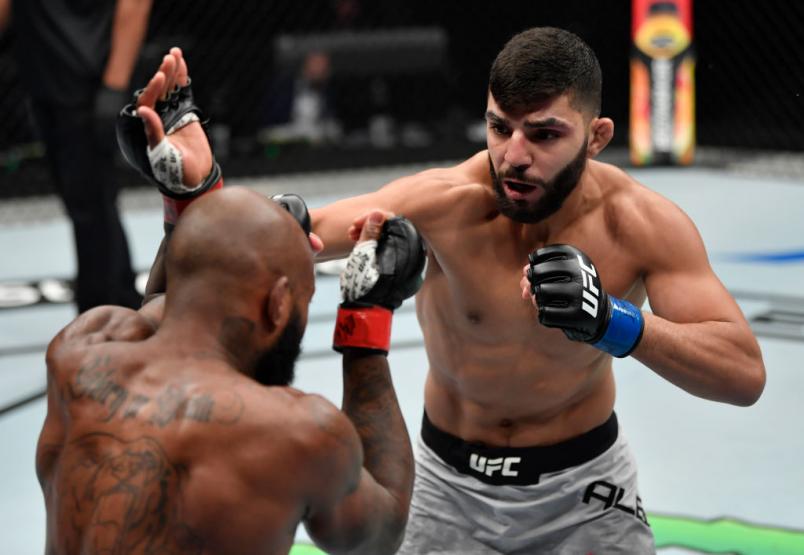 The 27-year-old Albazi makes his second trip into the UFC cage this weekend in a flyweight clash with fellow sophomore Zhalgas Zhumagulov, looking to extend his winning streak to three and build off his impressive debut performance.

Back in July, Albazi accepted a fight against Canadian Malcolm Gordon, filling in for his original opponent on eight days’ notice. Late in the first round, the London Shootfighters representative locked up a triangle choke from bottom, securing the submission victory.

Now 13-1 overall, it’s difficult to say where “The Prince” stacks up in the flyweight division at the moment. On one hand, he’s earned the majority of his victories by way of stoppage and looked very good against Gordon in July. But on the other hand, Albazi has fought largely untested competition prior to his last couple fights and landed on the wrong side of the result against a truly noteworthy opponent, Jose “Shorty” Torres, prior to his promotional debut.

Saturday’s bout with Zhumagulov will be another measuring stick of where he fits in the 125-pound weight class, as the 32-year-old veteran had a quality showing in a losing effort in his debut against Raulian Paiva and has victories over established talents like Ali Bagautinov, Tagir Ulanbekov, and Tyson Nam under his belt.

The flyweight division is still getting sorted out, and the opportunity to make major moves in the rankings is there for the taking. With a second consecutive strong showing, Albazi could put himself in a position to face a Top 15 opponent in the opening half of 2021.