See Which UFC Athletes Are On The Rise Heading Into UFC Fight Night: Edwards vs Muhammad
By E. Spencer Kyte, on Twitter @spencerkyte • Mar. 2, 2021

If we were to talk about fight cards in terms of movie comparisons, last weekend’s UFC 259 pay-per-view was an unquestioned blockbuster — Avengers: Endgame inside the Octagon, with three championship fights, a host of outstanding undercard bouts, and a massive amount of excitement propelling people to spend their Saturday night taking in every last contest.

This weekend’s card is something a little different — a promising indie or streaming-service original with a strong ensemble featuring a couple well-established talents and bunch of recognizable names that haven’t quite broken through just yet.

It’s that smaller, quieter, less talked about fight card that is a critical darling flush with intriguing and important matchups across a number of talent-rich divisions, and the event everyone could very look back on in 18-24 months as the spot where a couple new contenders turned in their breakthrough performances.

Here’s a closer look at three members of this weekend’s outstanding ensemble.

This is the March 13 edition of Fighters on the Rise. 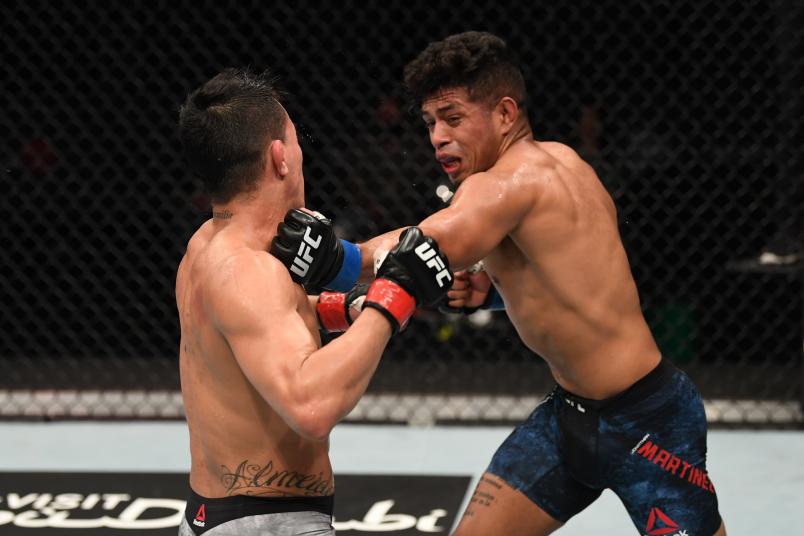 A couple weeks back, the tremendous rematch between Pedro Munhoz and Jimmie Rivera stood out as one of the reminders of how deep, talented, and generally awesome the bantamweight division is right now. This week’s example is streaking Factory X Muay Thai representative Jonathan Martinez.

Since losing his short-notice debut in Moncton, New Brunswick, the 26-year-old “Dragon” has posted a 4-1 record inside the Octagon, scoring stoppage wins over Liu Pingyuan and Frankie Saenz and decision nods over Wuliji Buren and Thomas Almeida. As solid as that stretch has been, most would argue that Martinez should be heading into this weekend’s clash with Davey Grant on a five-fight winning streak, as his split decision loss to Andre Ewell to start last year stands out as one of the most debated decisions of 2020.

Either way, the promising upstart has shown patience and poise, and heads into his first start of 2021 off the biggest win of his career. Though Almeida has struggled recently, his struggles have come against elite competition, so Martinez being able to replicate the kind of performance turned in by a veteran contender like Rivera should be a major boost to his confidence heading into this year.

Martinez enters his bout with the former TUF finalist Grant sporting a 13-3 record overall with his arrow pointing upward. The frustrating result against Ewell didn’t deter him last year, and as his belief in his own skills develops further, he’s the kind of fighter that could suddenly turn up on a six-fight winning streak, giving your favorite ranked bantamweight all they can handle.

If you’re looking for an unranked fighter in the 135-pound weight class with a real chance to break into the Top 15 this year and continue making some noise, Martinez certainly wouldn’t be a bad pick. 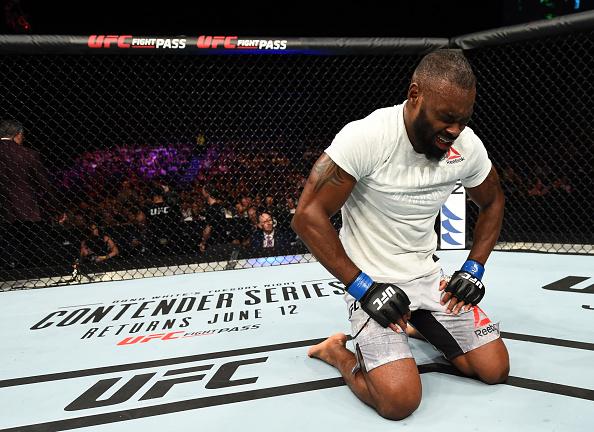 Darren Stewart is one of those athletes who is a couple different bounces away from being a fixture in the Top 15 and a fighter people are steering clear of in the UFC middleweight division.

Heading into his bout with Eryk Anders this weekend, the 30-year-old from East London is 5-3 over his last eight fights, but each of those setbacks is worthy of closer inspection. The first was a split decision loss to rising star Edmen Shahbazyan, whom Stewart fought closer than anyone else "The Golden Boy" faced before he ran into Top 10 fixture Derek Brunson last summer. The second came in a short notice fight with Bartosz Fabinski under the Cage Warriors banner after UFC was forced to cancel its annual March trip to London, and the third came in his most recent outing, when he again landed on the unhappy side of a split decision verdict against streaking contender Kevin Holland, who headlines against Brunson next weekend.

A different result in any one of those contests — not to mention two or even all three of them — and the hard-nosed Stewart is knocking at the door of the Top 15 or higher and not simply viewed as a tough out in the middle of the pack in the 185-pound weight class.

At the same time, those efforts — even the narrow defeats — show how far Stewart has come since beginning his UFC tenure with a no contest and three consecutive losses before finally defeating Eric Spicely to collect his first UFC win. Progress is rarely a straight line, and making a run in any division usually comes down to timing and a couple key choices in each fight, and while those things haven't lined up quite yet for the London native, he's clearly getting closer.

This weekend's pairing with Anders is another chance to get things moving in the right direction against another tough competitor who has thus far failed to put it all together consistently inside the Octagon. Since starting his career with 10 straight victories, Anders has gone 3-5 while splitting time between middleweight and light heavyweight and, like Stewart, he enters looking to get back into the win column.

Middleweight remains wide open at the moment and while it will take more than a victory on Saturday for Stewart to break into the rankings, dispatching Anders would be a step in the right direction, and potentially the victory "The Dentist" needs in order to start making a real run towards the Top 15. 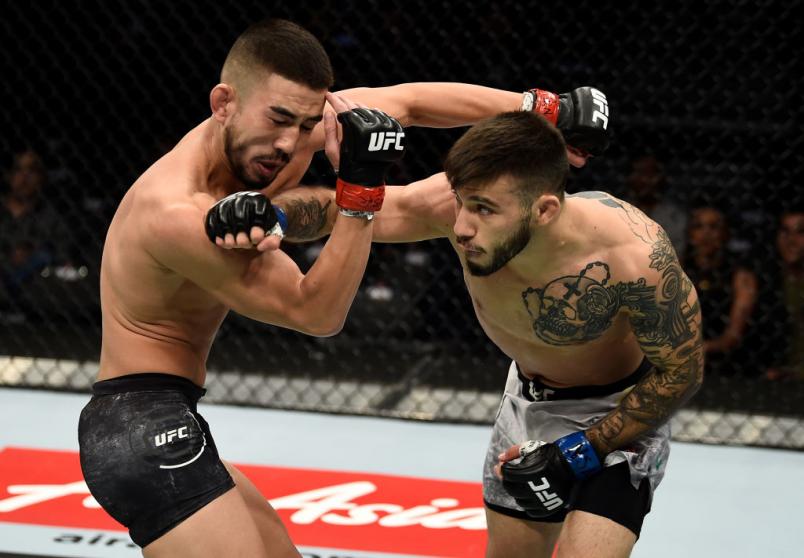 Matheus Nicolau makes his first trip into the Octagon since July 2018 on Saturday, squaring off with UFC sophomore Manel Kape, who makes a quick return to the Octagon after coming up short in his debut appearance opposite Alexandre Pantoja earlier this year.

The 28-year-old Brazilian went 3-1 in his first stint on the UFC roster, opening a number of eyes with victories over former title challenger John Moraga and highly regarded Hawaiian Louis Smolka before getting caught with a head kick by durable veteran Dustin Ortiz late in the opening round of their summer clash in Calgary, Alberta, Canada. He returned to the regional circuit with a pair of victories in the bantamweight division, and then popped back up on the radar of UFC audiences when he cornered his partner, Luana Pinheiro, who you’ll see in this space soon, during her Contender Series appearance back in November.

Nicolau showed a ton of promise in his first four UFC appearances and throughout his career, as he’s amassed a 15-3-1 record overall, and this weekend’s pairing with Kape should provide immediate clarity as to where Nicolau fits in the flyweight hierarchy, as the highly respected Kape was forecasted to be an instant contender upon arriving in the UFC and should be even sharper this time around now that he has 15 minutes of Octagon time under his belt.

Handing Kape a second straight loss and picking up his first UFC victory since December 2017 would immediately hustle the returning Brazilian right back into the thick of the chase in the competitive, but wide-open, 125-pound ranks as we move towards the second quarter of 2021.

Tags
Fighters On The Rise
UFC 259