Once more unto the breach, dear friends…

For the final time in 2020, it’s time to take a spin through this weekend’s upcoming fight card and highlight a trio of emerging talents you should be paying close attention to on Saturday night and heading into next year.

There have been more than a hundred fighters that have made an appearance in this space already this year, with a handful of athletes getting multiple mentions because (a) they keep winning and climbing the ranks, and (b) I really wanted to make sure you knew to pay attention to them going forward. Over the years, we’ve spotlighted future champions like Petr Yan, Alexander Volkanovski, and Zhang Weili, as well as perennial contenders, divisional stalwarts, and a smattering of fighters who failed to find momentum inside the Octagon.

You can’t get them all right.

But more often than naught, this space has served as an introduction to talented fighters and a reminder to keep an eye on the unheralded set making headway in their respective divisions, and this week’s 2020 finale is no different.

Here’s a closer look at three competitors to watch this weekend.

This is the December 19 edition of On the Rise. 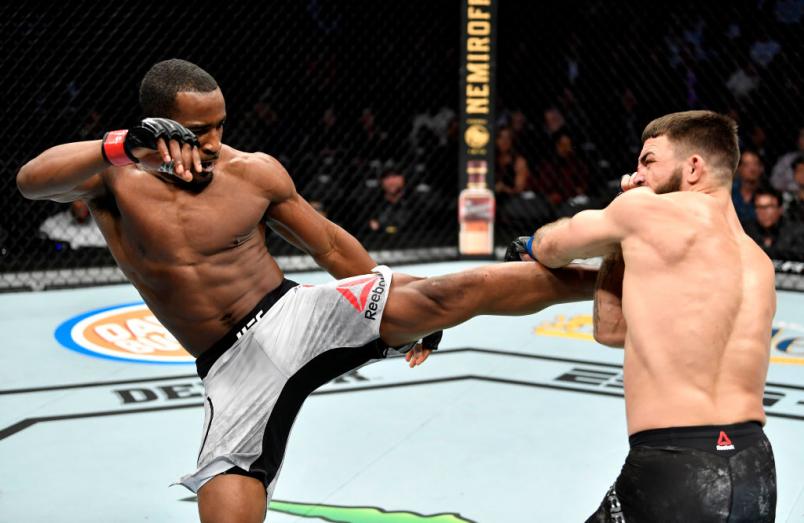 By the time he steps into the cage on Saturday to face Stephen “Wonderboy” Thompson, it will have been 371 days since Geoff Neal’s last appearance and given everything that has transpired in the leap year plus five days since he pushed his UFC record to 5-0, reminding you of his exploits and highlighting his achievements here only made sense.

A member of the inaugural graduating class from the Contender Series, the 30-year-old Fortis MMA product earned a pair of stoppage wins during his rookie campaign in the Octagon and followed it up with consecutive victories over Belal Muhammad, Niko Price, and Mike Perry in his sophomore season. The fight with Muhammad was a gritty, tenacious effort that showed Neal is more than just a knockout artist, and the victories over Price and Perry, both of which came inside the distance, were reminders that his nickname “Handz of Steel” is rather apt.

Neal was slated to face Neil Magny earlier this year but was forced out of the contest when he was forced into the hospital due to a non-COVID illness. The surging welterweight made a full recovery and looks to pick up where he left off against Perry when he returns to action opposite Thompson on Saturday.

Each step in Neal’s UFC career thus far has been perfectly timed and he’s passed each test with flying colors, working his way up the divisional ladder incrementally, posting strong performance after strong performance as the competition continued to get tougher. He mauled Perry last December, dispatching “Platinum” in 90 seconds flat and now sits on the cusp of the Top 10 heading into Saturday’s headlining tilt with the former title challenger.

After a harrowing year, closing things out with a sixth straight UFC victory while earning a place in the title conversation would be a massive achievement for Neal. Thompson is a difficult riddle to solve, but if Neal can close the distance, he has the striking skills to put “Wonderboy” and anyone else in the division to sleep in a hurry. 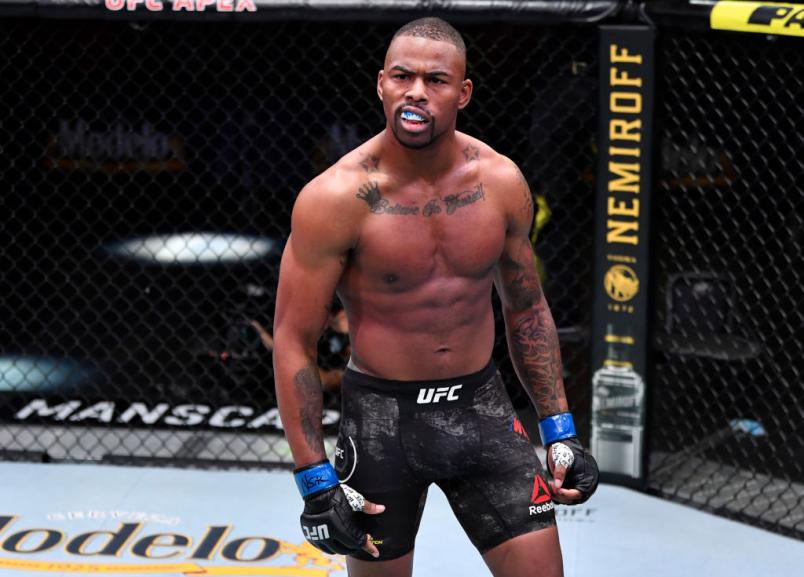 NOVEMBER 14: Khaos Williams reacts after his knockout victory over Abdul Razak Alhassan in a welterweight fight during the UFC Fight Night event at UFC APEX on November 14, 2020 in Las Vegas, Nevada. (Photo by Jeff Bottari/Zuffa LLC)

Here’s what I said about Khaos Williams when he appeared in this space ahead of his November 14 clash with Abdul Razak Alhassan:

Here’s a quick guide for how to make an instant impact in the UFC:

Williams ticked all those boxes when he sauntered into the Octagon at UFC 247 and wiped out Alex Morono, a 22-fight veteran who had won three straight and was fighting in his home state of Texas. His handle — Khaos “The Oxfighter” Williams — and his chiseled physique had already garnered Williams some attention in the preamble to fight night, but when he laid out “The Great White” in sudden, striking fashion, it forced people to really sit up and take notice of the new welterweight in town.

As an encore, Williams rolled into the UFC Apex and put Alhassan to sleep in 30 seconds, knocking him stiff with a rapid counter right down the pipe.

I said after the bout that Williams has had the most impressive breakout campaign of 2020 and I stand by that comment, as he’s beaten a pair of established welterweight competitors in a combined 57 seconds.

This weekend, the Michigan native and Murcielago MMA representative goes in search of his third consecutive UFC victory in a matchup against Brazilian Michel Pereira, an absolute wild man who is allergic to being in a moderately conventional fight, let alone a boring contest.

Pereira’s frenetic style should make it more difficult for Williams to maintain his ridiculous average fight time in the UFC, but he’s also never been too shy about engaging, so there should be plenty of chances for the rookie sensation to let his hands fly and see if he can create another highlight reel finish to wrap up a tremendous year in the Octagon. 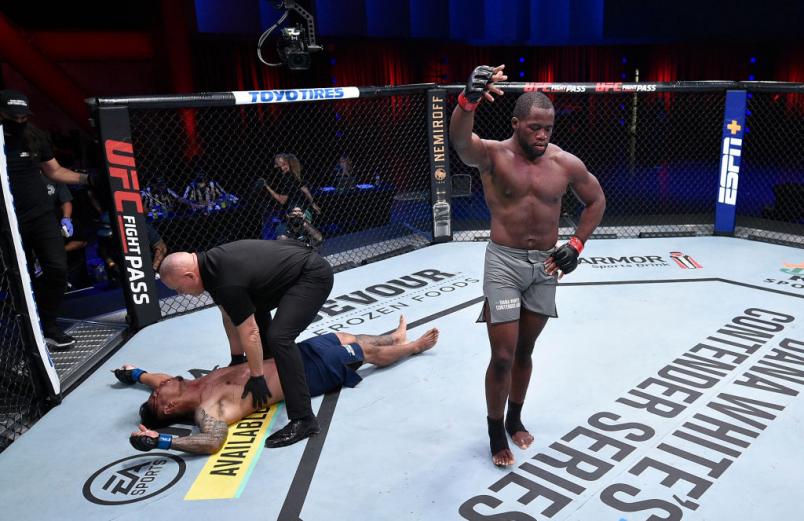 Some fighters just look like they have the potential to be special; from their physiques to the way they move in the cage, there is just something about them that screams “superstar potential.”

The 26-year-old from Cameroon and fighting out of Hyattsville, Maryland stands six-feet even with a 77-inch reach and has earned four consecutive stoppages to begin his professional mixed martial arts career.

The third of those finishes came last November in the first round of a meeting with William Knight, the two-time Contender Series winner who registered a unanimous decision victory in his promotional debut. The fourth came in September, when Nchukwi assured himself a place on the roster by bringing UFC President Dana White out of his seat with a second-round head kick finish of Al Matavao.

This weekend, Nchukwi looks to make it five straight victories as he moves down the scale to middleweight and takes on another member of the Contender Series Graduating Class of 2020, Jamie Pickett, as part of Saturday’s loaded year-end event at the UFC Apex.

Looking the part and loading up on quick finishes prior to appearing on the big stage don’t guarantee success inside the Octagon, and Nchukwi will certainly have to prove himself on Saturday against Pickett, who finally punched his ticket to the UFC in his third appearance on the annual talent search series this fall.

But if he’s successful this weekend and replicates the type of performances he’s put forth thus far, there are going to be a ton of people talking about the incredible upside and terrifying potential of Tafon “Da Don” Nchukwi, making this your one chance to get on board the bandwagon before everyone else.