Fighters On the Rise: August 29 Edition

Take a closer look at three fighters poised to emerge ahead of their bouts on August 29's Fight Night
By E. Spencer Kyte, on Twitter @SpencerKyte • Aug. 23, 2020

The all-out action of August comes to a close this weekend inside the UFC Apex as a collection of intriguing pairings capped by crucial pairings in the light heavyweight and welterweight divisions hit the Octagon.

In the co-main event, former welterweight champion Robbie Lawler returns to action for the first time in a little over a year, stepping in for Geoff Neal as he looks to halt a three-fight slide against Top 15 fixture Neil Magny.

In the final bout of the evening, former light heavyweight title challenger Anthony Smith looks to get back in the win column in a showdown with Aleksandar Rakic, the Austrian upstart whose 12-fight winning streak came to a halt with a split decision loss to Volkan Oezdemir in the penultimate fight of 2019.

But before those with championship fight experience and a history of contending climb into the cage, a trio of emerging competitors hoping to ascend to similar heights will make the walk to the Octagon for the next “biggest fight of their career” matchup as they try to climb the ladder in their respective division.

This is the August 29 edition of On the Rise. 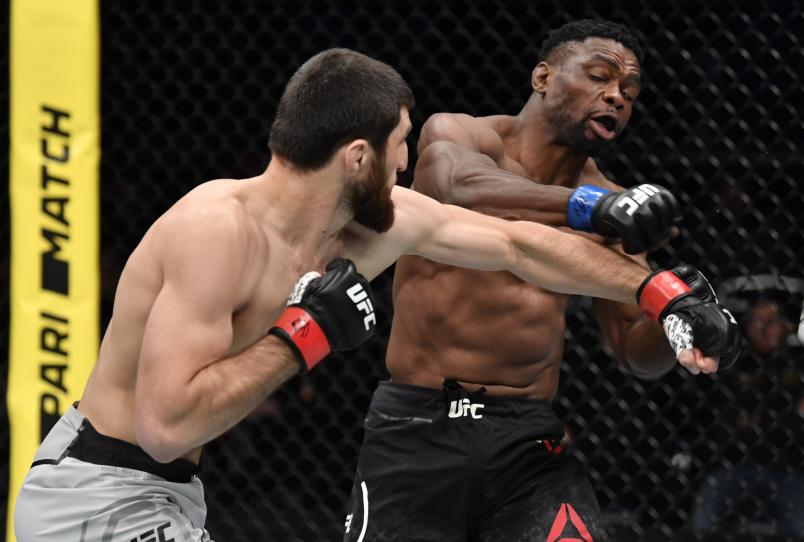 One can’t help but wonder how different the buzz around Ankalaev would be had he not been submitted by Paul Craig in literally the final second of his promotional debut two-plus years ago in London. Entering with a 10-0 record, he dominated the action right up until the final six or seven seconds, when the Scottish submission expert shifted his hips, locked up a triangle choke, and forced Ankalaev to tap.

While we talk all the time about how being undefeated doesn’t matter nearly as much in MMA as it does for aspiring boxers climbing the ranks, Ankalaev has been perfect since, picking up four straight victories to establish himself as an emerging talent to closely track in the light heavyweight division as he heads into his rematch with Ion Cutelaba this weekend.

The duo met earlier this year in Norfolk, Virginia, but the bout was halted prematurely after Cutelaba tried to play possum and feign being dazzled after getting hit with an assortment of strikes from the powerful 28-year-old from Dagestan. Unfortunately, Cutelaba was too good of an actor, as referee Kevin MacDonald stepped in to stop the fight, leading to a rematch between the two being booked.

Setting aside the ending of their first encounter, the initial exchanges in that bout and the efforts put forth in his three winning efforts before that show why Ankalaev should be viewed as a dark horse contender in the 205-pound weight division. He has sharp, powerful hands, and throws kicks to all levels with speed and power, as former opponents Marcin Prachnio and Dalcha Lungiambula can attest, plus the requisite grappling chops needed to garner a Master of Sport designation in Combat Sambo.

Cutelaba may have been messing around and exaggerating the impact of Ankalaev’s blows in the opening moments of their first meeting, but make no mistake about it: the streaking fighter with the 14-1 record was in charge from the start and found his range quickly, landing quality blows that did in fact have an impact.

If he can replicate that start and earn a non-disputed stoppage win over Cutelaba this weekend, Ankalaev will elevate himself to the cusp of the Top 10 and command another step up in competition next time out.

Kasanganay began his professional career with a split decision win on January 25, 2019. Seven months later, he defeated unbeaten prospect Kailan Hill on Season 3 of the Contender Series. While it wasn’t enough to earn a contract, it put the promising middleweight prospect on the UFC’s radar.

Fast forward to a couple weeks ago, when Kasanganay made his second consecutive appearance inside the UFC Apex, picking up a unanimous decision win over Anthony Adams to push his record to 6-0. Once again, the 26-year-old, who trains with the likes of Scott Holtzman and Bryan “Bam Bam” Barberena as part of the Gym-O crew, showed flashes of serious potential but, this time, he not only secured a contract, but he also got a fight booking, as well.

This weekend, Kasanganay will look to make it 3-for-3 inside the Apex as he takes on fellow Contender Series grad Maki Pitolo, who is also making a hasty return to action after getting submitted in the first round of his bout with Darren Stewart earlier this month.

Though he is far from a finished product given that he’s only been fighting professionally for 20 months, it’s easy to see a path to success for Kasanganay, as he’s exhibited strong conditioning and good decision-making, coupled with tremendous athleticism during his two Contender Series victories. As he gains further experience, sharpens his weapons, and adds to his arsenal, the potential is there for “Tshilobo” to develop into a well-rounded competitor with Top 15 upside.

Facing a tough, experienced veteran like Pitolo should provide an opportunity to get a quality initial read on where Kasanganay fits in the division and what to expect over the next 12-18 months. If he’s able to emerge victorious, add him to the ever-growing list of up-and-comers profiled in this space you should be tracking. 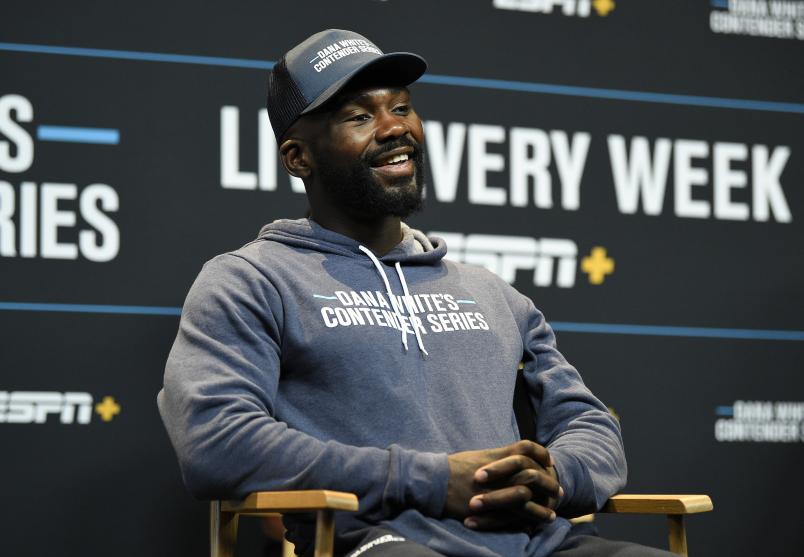 One of the top prospects on the regional circuit heading into 2019, Brady continued his unbeaten run after signing with the UFC, posting a unanimous decision win over veteran Court McGee in his promotional debut. Earlier this year, the Philadelphia native pushed his winning streak to an even dozen with another sweep of the scorecards against fellow up and comer Ismail Naurdiev.

Saturday evening, Brady looks to make it 13 up and 13 down in his professional career as he squares off with Christian Aguilera in a clash of welterweight hopefuls.

This is an intriguing matchup for Brady, as Aguilera is an aggressive veteran coming off an eye-opening performance in his promotional debut, blasting Anthony Ivy with a barrage of heavy hooks to earn a first-round stoppage victory and extend his winning streak to three.

Though he’s gotten his hand raised in each of his first two UFC appearances, it feels like we haven’t seen the best of Brady yet, which is both a testament to his tenacity and an indication of his upside given that he’s been able to grind out two good wins without showing off his full arsenal. He has a well-rounded skill set and fought a quality slate on the way to the UFC, so it could simply be a matter of needing a couple of fights to get acclimated and accustomed to fighting on the biggest stage in the sport against the best of the best.

There is never a shortage of talent climbing the ranks in the welterweight division, so there is no need to rush Brady along in his development. He’s an unbeaten 27-year-old with solid potential, and another win on Saturday night should result in further refining the scouting report and projections for where he fits in the division.