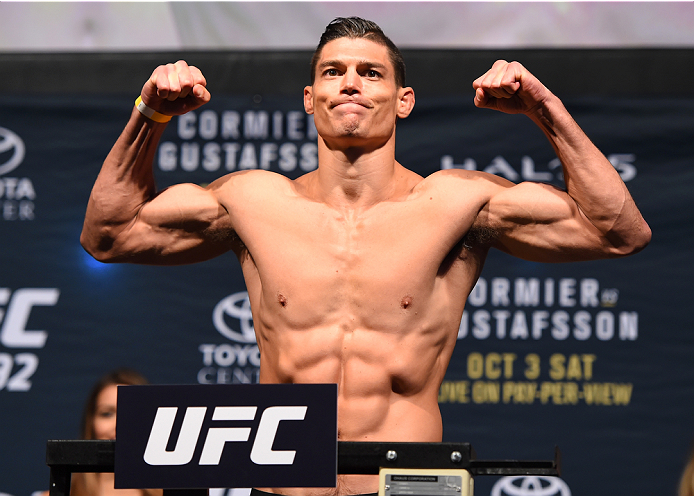 That’s Jouban’s story, and he’s sticking to it.

“That’s pretty much the order,” he said. “I dabble in acting and do commercials here and there, but fighting is my passion. Anybody that knows me, that’s all I do. I eat, sleep, train and repeat. I’ve been doing the same thing for ten years now. Modeling is something that I fell into at a young age, fell out of it and found fighting, and now it’s coming back. So I’m far from pushing modeling away now. I completely embrace it. It’s helping pay the bills, it’s getting me lots of exposure, and now I’m getting to work with some of the top people in the world. So I love it. But I know I never would have gotten these opportunities to work with these amazing photographers and big campaigns if it wasn’t for fighting.”

It’s the oddest mix you could think of. A young man being courted by the top photographers and designers in the world, yet at the same time, he competes in a sport where getting punched in the face is part of the gig. Add to this equation that the all-action welterweight fights like someone avoiding a modeling career, and it makes his tale all the more interesting. And that’s fine with him because a) it makes people want to see him and hear his story and b) he’s found a way to make it all work.

Most recently, Jouban took the time after a loss to Albert Tumenov last October to work on two high-profile campaigns for Ermanno Scervino and Equinox. In the modeling world, that’s a big deal, and it reminded Jouban of those early days in the business, before fighting and before he got his big break.

“Before I was serious about fighting, I was kind of dabbling in modeling for a couple years and these are the jobs I would have killed for,” he said. “These are the kind of jobs that have three hundred people come for a casting and they take one guy, and I never would have gotten it. Now that everything’s come full circle with the fighting, it seems like they’re reaching out to me for these jobs, so it’s kind of crazy.”

Fighting took the Lousiana-born Jouban out of that particular rat race for a moment, but it’s not like being a professional mixed martial artist is a hazard-free road to the top. He had talent, he had determination, but sometimes once a prospect gains momentum, the fights on the local circuit are more pressure-filled than the ones in the big show.

“I stressed for so many years,” Jouban said. “When I was trying to get to the UFC, it was like ‘I’m on a five-fight win streak, I have to win my next fight because if I don’t, then I have to start all over again and I’ll never get to the UFC.’ And I thought about it every single night.”

In 2014, he got his shot though, and in just four minutes and 23 seconds, he had a knockout win over Seth Baczynski, a Fight of the Night bonus, and a place on the welterweight roster that seems as secure as any spot can be. There have been ups and downs en route to his 3-2 record in the Octagon, but as he gets ready for a March 19 (March 20 in Australia) fight with Brendan O’Reilly in Brisbane, he’s in a good place in his career, and in life. And while fighting is the main catalyst for that, modeling has helped too. 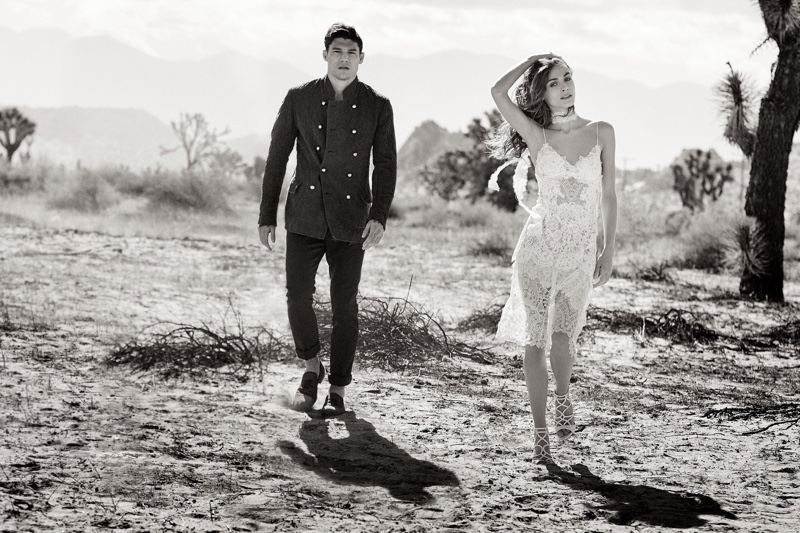 “The good thing is that they work off one another in terms of I stay in shape pretty much year round because of fighting, and that plays very well to the modeling world,” he said. “And I’m always gonna want that release of getting in the gym and working out. It gives you that natural high from working out. But when you’re in the middle of an eight to ten week training camp, you do tend to get burned out. So if a job would come along and I’d have to shoot that for two or three days, it’s not always the worst thing in the world. You change the environment for a minute, make some money, come back and it reignites that fire.”

And having folks like Versace, Ermanno Scervino and Equinox calling you up doesn’t hurt either.

“Ermanno Scervino is an Italian designer, and it was shot by one of the top photographers in the world, Peter Lindbergh, a very well-known photographer, and he requested me for the job and we shot it out here in California, and it will be in their spring campaign,” he said of his recent work. “And the Equinox job was shot by a really good photographer named Steven Klein and he requested me for the job as well. It’s cool to get a nice job and a lot of exposure out of it as well.”

But this weekend, it will be lights, camera action of a different sort when he faces O’Reilly. Jouban’s first UFC loss to Warlley Alves in 2014 was a controversial decision. The TKO defeat against Tumenov, that one was legit, and Jouban knows it, so he made some tweaks, and he feels like this weekend will produce a much different result.

“I feel more in sync, and I feel like I’m the best fighter I’ve ever been going into this fight,” he said. “A lot of guys say that, and I don’t know if I was saying that the last fight, but if I did, I was lying (Laughs) because in the last fight I felt like I had a wet blanket on top of me throughout the whole camp. I couldn’t shake it. But I took time off (after the fight), I went back to the drawing board and improved in some areas and changed my training up a little bit. I promise you, this is the most confident I’ve ever felt going into this fight. I see an early stoppage. I don’t see a back and forth war.”

“Fighting is what got me here and put me in the forefront and what made me a professional athlete in the UFC and made me a wanted figure in the modeling world now,” Jouban said. “So fighting will always be first.” 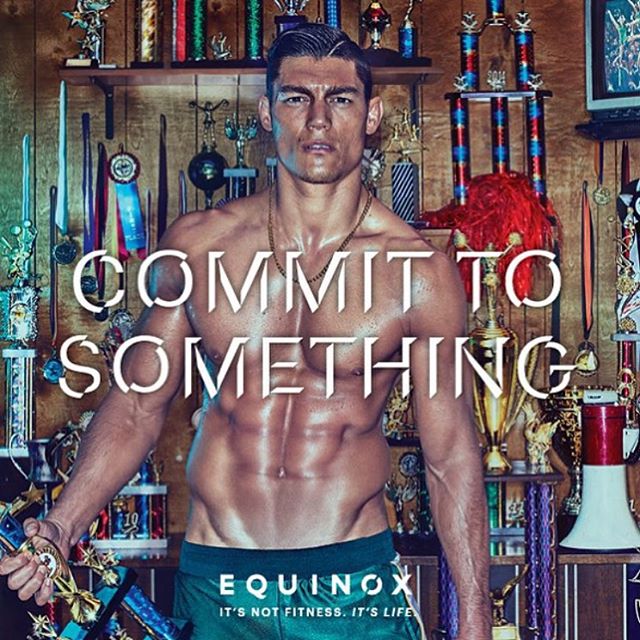