The King of Dublin, Conor McGregor is a sure-fire Fighter of the Decade candidate, not only because of his work inside the Octagon, but his ability to transcend the sport outside of it. Need proof? Read on. 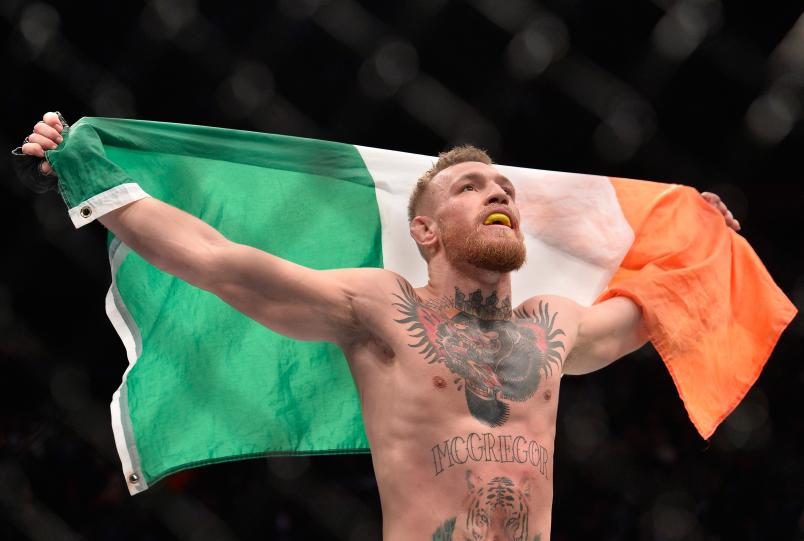 No matter who else is on the card, every event of McGregor’s seems to be the new biggest fight of all-time. In fact, when the UFC needs a splash, who’s the man they call? For example, when the UFC had finally broken back into New York at UFC 205 in 2016 the fans of the Empire State who waited for years to see the Octagon in their backyard weren’t going to get shorted. They got Conor McGregor. The card that consisted of three title fights along with Yoel Romero, Miesha Tate, Frankie Edgar, Jeremy Stephens, Jim Miller, Thiago Alves, Vicente Luque and many more isn’t remembered as possibly the most stacked card of all-time, it’s remembered as the night Khabib called for Conor in the Octagon and the night McGregor became the first simultaneous double champ.

UFC 196 was no different. A card that had Diego Sanchez vs Jim Miller on the FIGHT PASS Early Prelims, Amanda Nunes propelling herself into a title shot with a win over Valentina Shevchenko and possibly the greatest women’s MMA fight of all-time between Miesha Tate and Holly Holm has all but taken a back seat to the card that became known as the night Nate Diaz submitted McGregor.

The only fight that could come close to matching the spectacle of a McGregor fight came at UFC 189, when Robbie Lawler and Rory MacDonald battled each other in an all-time fight for the ages.

Appreciate that. It took one of the greatest fights of all-time to be mentioned in the same conversation as a McGregor fight that took place on the same night. 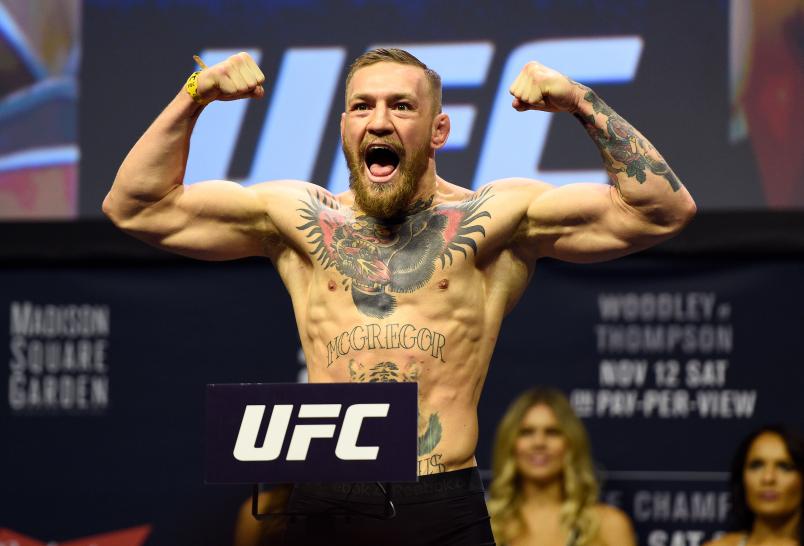 What are the greatest UFC press conference moments that don’t involve Conor McGregor?

You’re likely left thinking about it for a bit before remembering something DC said to Jon Jones, Michael Chiesa darting at Kevin Lee for mentioning his mom one too many times or something Chael Sonnen or Michael Bisping said.

McGregor seems to have a chokehold on mental warfare and crowd control. The famous question he asked Jeremy Stephens at the UFC 205 Press Conference has become a meme that has bled into pop culture so far that people who have never watched a fight in their life can identify it.

One of the most deafening roars imaginable came long before McGregor became double champ. Before he even became the featherweight champion. When Conor reached over and snatched up Jose Aldo’s belt in Dublin during the UFC 189 world tour, it evoked the most primal, loyal roar ever from the Irish crowd. Most fighters won’t experience that level of intense reaction even in their finest moment in the Octagon, let alone at a press conference.

Fact is, every weigh-in, media day, press conference and Embedded Vlog Series becomes must watch when McGregor is involved.

One of the most iconic photos in the UFC’s history came with McGregor flexing maniacally from the scale at the UFC 205 weigh-in. The photo from behind McGregor shows fans shoulder to shoulder as far as the lens can see. Watching Conor weigh-in was more important to thousands of people than anything else going on in New York City on a Friday night. 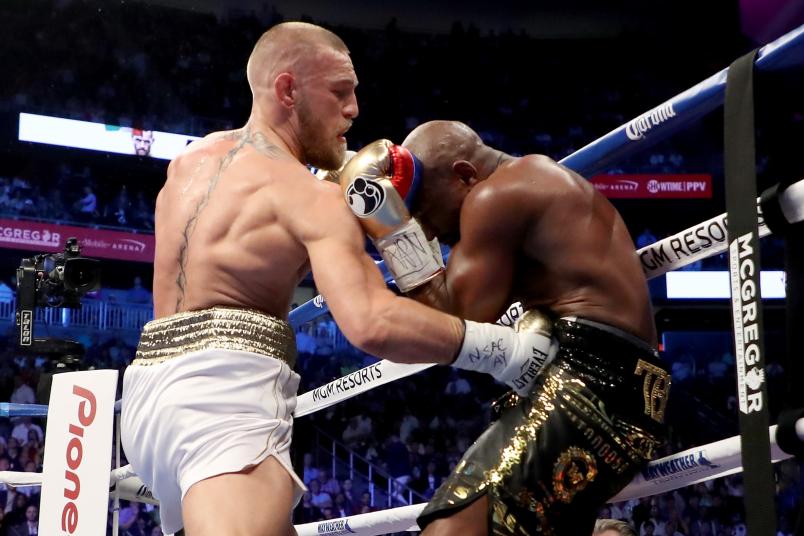 After winning his second title, McGregor sat on top of the MMA world unrivaled by any other man in the sport. He was in the position to pick and choose his fights in two different weight classes. You want the belts? Come snatch them off the king’s waist.

Instead, Conor opted for another challenge, one where he declared interest in a sanctioned boxing match against undefeated future hall of famer Floyd “Money” Mayweather.

And while a pro boxer with an 0-0 record taking on one of the all-time greats may seem like a gimmick, the fight was a massive hit for all involved. The outcome of the fight was what most expected, but it didn’t stop millions from tuning in. 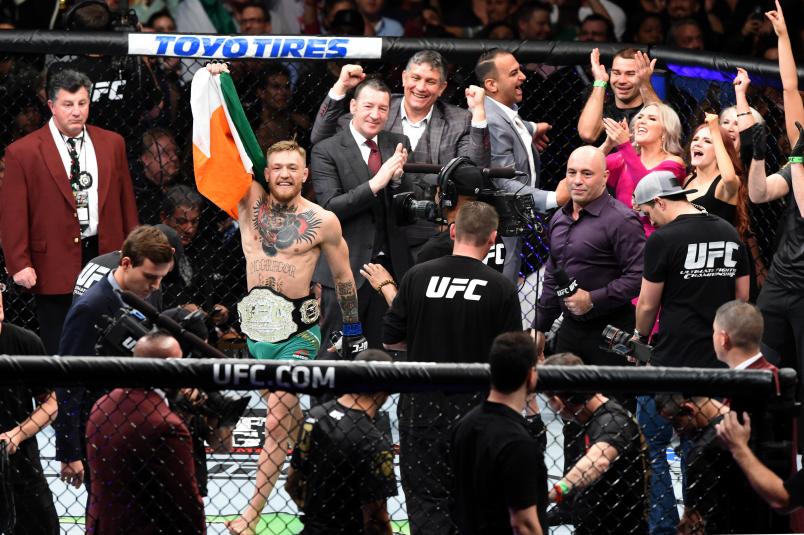 McGregor made his UFC debut in 2013 against Marcus Brimage and has gone 9-2 in the Octagon with fights against some of the biggest names in the sport’s history.

Whether they’re stars as a result of McGregor or not, there have been no easy fights. In his second fight he took on featherweight powerhouse Max Holloway. Fourth fight, Dustin Poirier. Sixth fight, Chad Mendes. Seventh fight a KO over the godfather of the featherweight division, Jose Aldo.

Even more impressively, only two men have been fortunate enough to see a decision when they share the Octagon with McGregor, with Nate Diaz and Max Holloway being the only ones.

While most men in the lightweight, welterweight and featherweight divisions strive their whole career for fights with Nate Diaz, Eddie Alvarez, Jose Aldo, Chad Mendes, Dustin Poirier and Max Holloway, McGregor has. And he’s defeated them all. 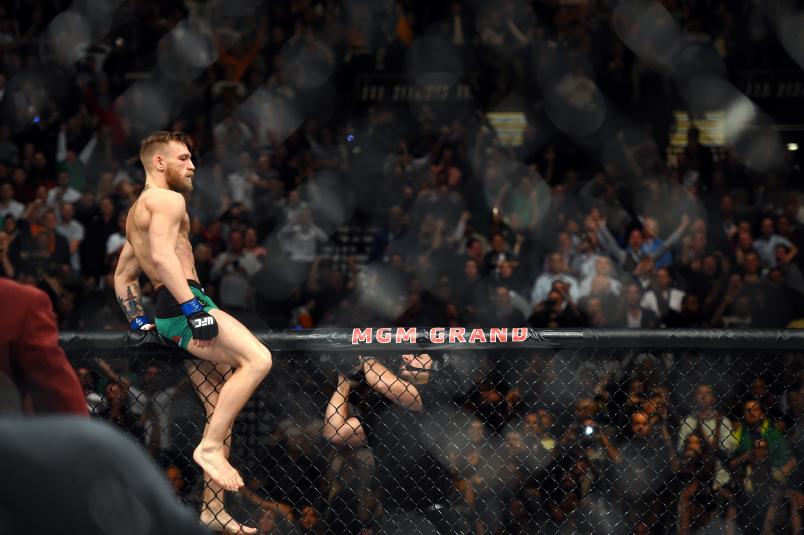 15 knockout wins, 18-3 overall in the decade, McGregor has never been knocked out and has seen the highest of highs in multiple weight classes. He has given fans a story to remember their whole lives every time he is seen. He opened the fight game up to more eyes than any other athlete in the sport’s history and he’s only 31 years old. He has one of the most elite Fighter of the Decade resumes out there, and he’s in position to rule the game for another decade if he chooses to.

Check out McGregor’s video resume and every else that is Conor McGregor ONLY on UFC FIGHT PASS!