Eric Spicely was a contestant on Season 23 of The Ultimate Fighter: Team Joanna vs Team Claudia. He recaps his semifinal performance on TUF and previews his first UFC fight - against veteran Sam Alvey at Fight Night Sioux Falls on Wednesday.

So the dust has settled on my semifinal fight against Andrew Sanchez. I ended up getting caught with an overhand right. I was so concerned with stopping the takedown that as soon as he feinted I dropped my hands to defend and he clipped me right over the top. It was a beautiful play by Andrew. All the respect in the world to him. My first loss in MMA competition as a professional but luckily my perfect record is still intact (haha). There’s a silver lining to this story - I was still offered a contract with the UFC and given a fight at my normal weight of 185. I drew a tough opponent in Sam Alvey, he’s a veteran of over 30 fights and is 3-3 in the UFC.

Now a lot of people on the World Wide Web seem to think the UFC is punishing me of sorts by giving me such a tough first fight. The truth is Sam is actually taking this fight on three weeks notice. My original opponent suffered an injury, so props to Sam for taking this fight and making it happen on short notice. He’s someone I respect in the MMA world and look forward to fighting him. He presents a very serious challenge. He is a strong counter-puncher with knockout power in both hands, great defensive wrestling and seemingly very solid on the ground. A win of Sam will boost my career tremendously.
Interact with Eric! 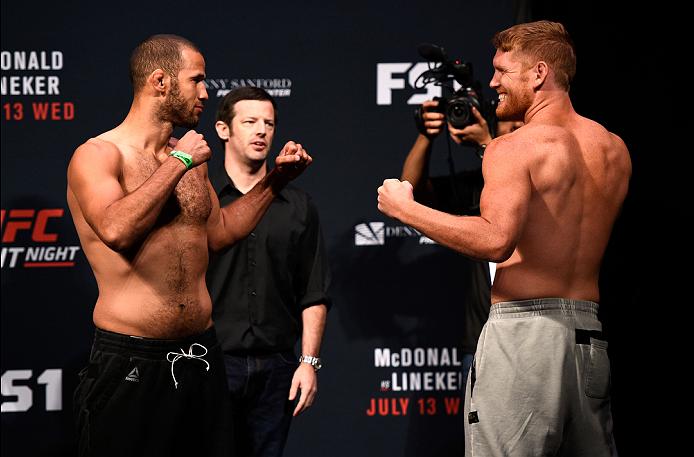 Since coming home from The Ultimate Fighter I have taken a lot of the things I learned on the show and put them into practices. The Ultimate fighter was a great experience. I loved just training every day and not having any worries other than fighting. The show has done nothing but great things for my fighting career and I am thankful that I was selected and rose to the occasion to become a competitor in the toughest tournament in MMA history. Although I didn’t end up winning the tournament I made so many great friends. I learned a wealth of knowledge and how to train properly. I made memories I'll have for a lifetime. I am a part of history and turned the show into a contract opportunity which has always been the main goal.

I am training so hard for this fight. I’ve made lifestyle changes and training changes and I hope I get to show them all off in this fight. I look forward to testing myself against the best guys in the world and it all starts with Samuel Alvey.

Life is good. I am thankful for the exposure and opportunities I have been given. I appreciate every single person that took the time to read my blogs. It's far from the end for me and I look forward to having a long successful career.