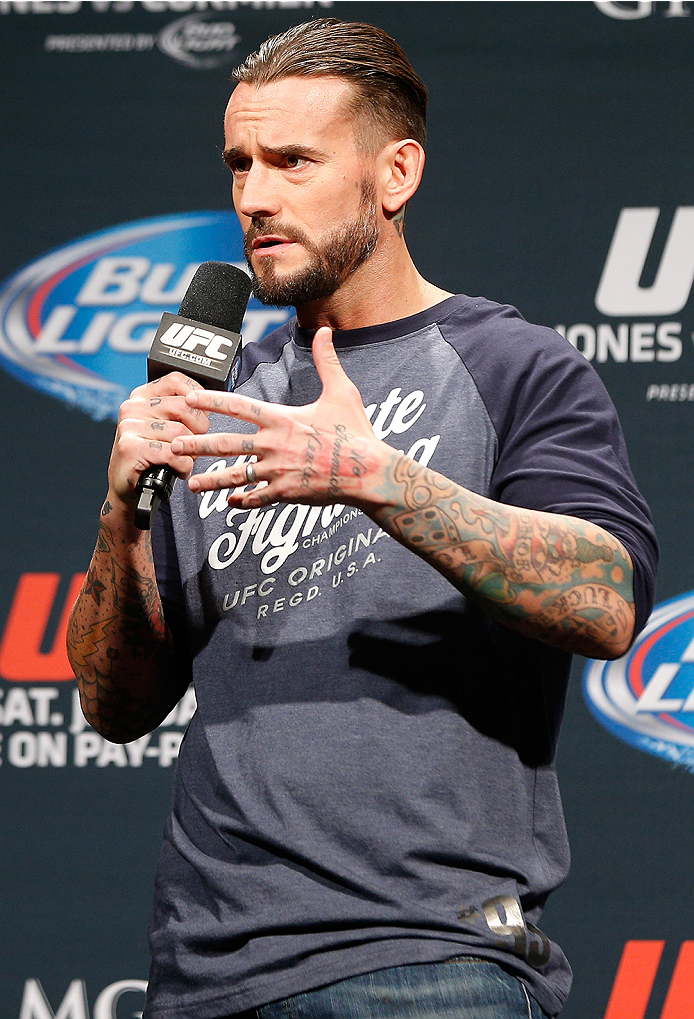 Following a storied pro wrestling career, former WWE superstar CM Punk is now preparing for something completely different as he trains at the Roufusport gym in Milwaukee for his mixed martial arts debut. Given such a hectic schedule, you would assume that he would treat every hour of free time as precious.

Come on, you know this UFC fighter isn’t sitting on the couch catching up on TV after a hard day in the gym.

“I wasn’t busy enough,” he chuckles, talking about his foray into the world of comics as the writer of a story in Marvel’s Thor Annual.

“It’s widely known that I’m a huge comic book fiend,” he said. “I don’t know if I want to say nerd because that has a negative connotation, but I am very much a nerd. It’s 2015 - nerds are in.”

And this one has reached a point in his life where all he needs to do is find something he wants to do, and he does it.

“It’s great,” he said. “I have the freedom to pursue pretty much anything I want. It’s super great, it’s liberating, and it’s fun to be able to pursue these things. It’s always something that I’ve wanted to do, but it was never really in my wheelhouse of things that I thought I’d ever accomplish.”

Punk’s alliance with Marvel began with several friendships with folks in the company, and after writing a foreword for the Avengers vs. X-Men crossover collection, he made sure that they knew that he was open for the next project.

“After I wrote it, I joked around that they should let me write a comic, and they agreed,” he said. “We’ve been talking for years, here and there, back and forth, and I guess somebody finally went ahead and pushed it through, and they offered the Thor Annual to me. And just like anything else in my life, if I get something cool offered to me, I take it.”

It was a gutsy move, especially considering that Punk had never written a comic before. Now he was getting an assignment penning a story on one of the Marvel Universe’s most iconic heroes.

“I’m friends with Jason Aaron, the current ongoing writer of Thor, so I think that might have had something to do with it,” Punk said of his first assignment. “And it was an easy ten-page story, so it was a nice way to get my feet wet and slowly ease myself into the process. I didn’t know how to write a comic book. I know how to write a story, but to actually format a book was completely foreign to me.

“You can script it and be super detailed, and then there’s something called the Marvel Method. It’s more loose and free form. Obviously I was writing for Marvel and it was my first time writing a comic book, so I definitely chose to do the Marvel Method. And they would shoot it back structured like a comic book script. So that was an easy way for me to almost reverse engineer it. I’m a pretty quick learner. You can tell me something once and I get it and I move on to the next thing.”

And for a debut, Punk nailed it, taking the ultra-serious God of Thunder and giving him a more human look as he tells a tale of young Thor.

“Shockingly enough, I haven’t heard anything really negative about it, which is nice,” he said. “I wouldn’t have been able to tell one of these epic, serious Thor stories any better than the other two writers (Aaron and Noelle Stevenson) who were writing stories in the book, so I figured I would go in the opposite direction, just to give the entire book a different feel. There were three distinct stories in there, and it’s young Thor, so he’s young, he’s stupid, he makes mistakes, he’s a kid. I thought that Thor was a lot more interesting to write than any of the other versions.”

So what’s next for CM Punk, comic writer?

“We’re working on that right now,” he said. “I have that ability to ask them ‘hey, can we do this?’ It’s nice to be able to do something that I’ve always wanted to do.”

And if given the freedom to write any of Marvel’s finest?

“I’ve got a Punisher story in my head,” he said. “I just don’t know a few of the details. It’s been in my head for quite some time, so if they gave me carte blanche, I would definitely write a Punisher book.”

You get the impression that whatever he wants to do, he can, or at least go down swinging in the attempt.

“Obviously we don’t even have a date for my fight yet, so that’s my priority, and it’s cliché and it’s cheesy, but the world is my oyster,” Punk said. “I want to do everything: TV, movies, Broadway because that looks like a ton of fun. I want to experience everything that’s new and different, and if something scares me, I want to tackle it head-on.”

To purchase and read the Thor Annual, click here