So much to learn, so little time. Prepare for UFC 175: Weidman vs. Machida by watching all the stars from the event in action! 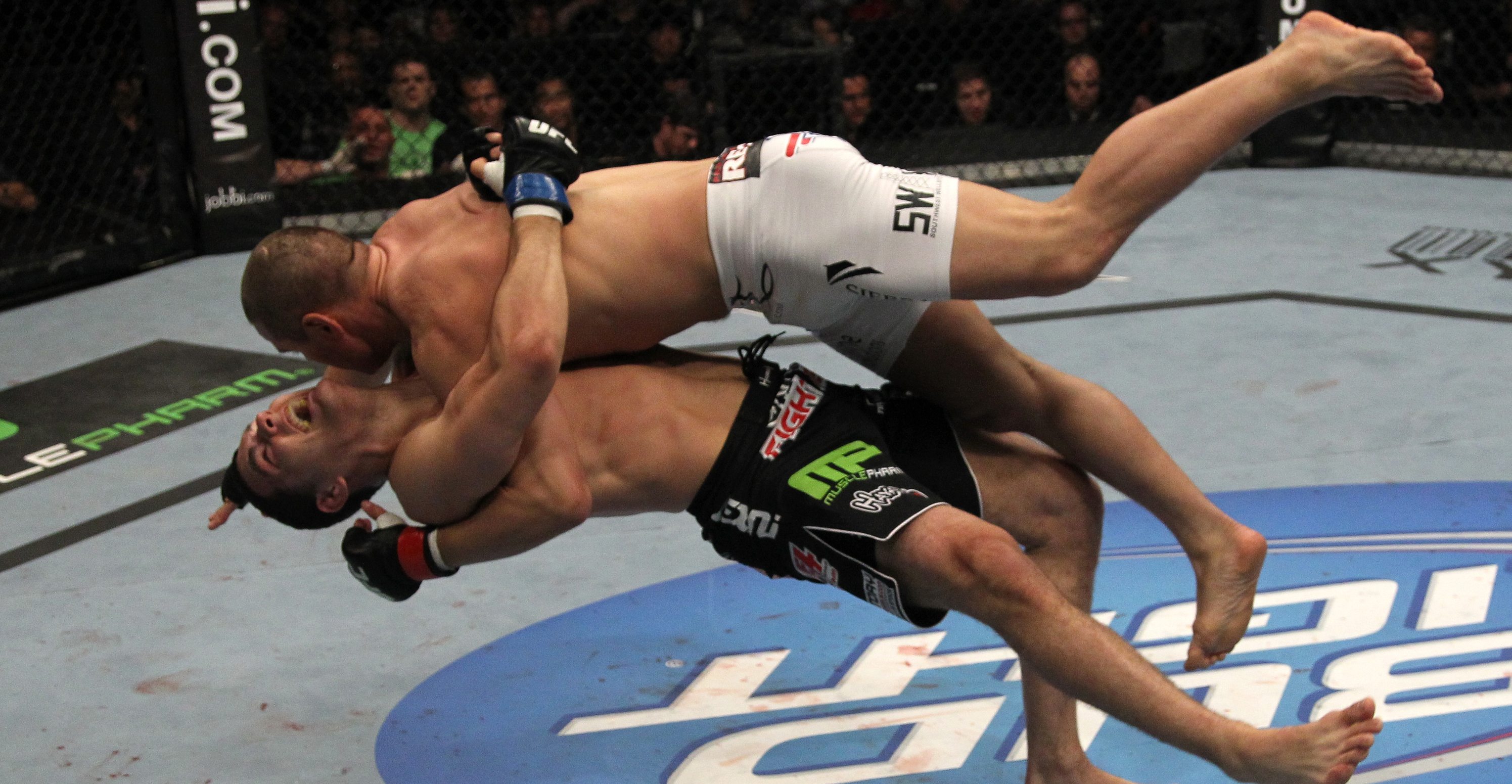 Weidman put his perfect 5-0 professional record on the line against Canadian Jesse Bongfeldt at UFC 131 in Vancouver. The All-American showed off his ground game that Ray Longo and Matt Serra raved so much about before pulling off an impressive submission on his feet. Click here to watch this fight for free!

Bonus Round: Submission of the Week - Weidman vs. Lawlor

After asking for the "the man, Anderson Silva" following his win over Munoz, Weidman was set up to fight arguably the greatest fighter of all time at UFC 162 in Las Vegas. Despite being a 2-1 underdog, The All-American rose to the challenge and handed Silva his first loss in almost eight years.

Bonus Round: KO of the Week - Lyoto Machida vs. Rashad Evans

Machida vs. Munoz
Lyoto Machida makes his debut in the middleweight division against "The Filipino Wrecking Machine" Mark Munoz at Fight Night Manchester. Machida did all the wrecking however, stopping Munoz early in the opening round. Click here to watch this finish for free!

UFC women's bantamweight champion is one of the most prolific fighters in UFC history. From her dominant stretch of armbar victories, to her multi-faceted display against rival Miesha Tate, Rousey is certainly a forced to be reckoned with and will be for a time to come. Especially after spending part of her current training camp with BJJ practicioner Rener Gracie

Bonus Round: Submission of the Week: Ronda Rousey vs Miesha Tate

Dutch 'Skyscraper' Stefan Struve, known not only for his size, but his power, has made an impression in the UFC with both a Knockout and Submission of the Night. Check him out in this bout against Pat 'HD' Barry, the kickboxing phenom out of Alexandria, Minnesota. Click here to watch this finish for free!

Bonus Round:Submission of the Week: Stefan Struve vs. Chase Gormley

Matt Mitrione, owner of the best mouthpiece in the heavyweight division, gets back to his winning ways in this KO over heavy-handed Shawn Jordan. If he can bring this power to his matchup with Stefan Struve, it should be a short night.

Bonus Round: KO of the Week: Mitrione vs. Morecraft