So much to learn, so little time. Prepare for UFC Fight Night San Antonio by watching all the stars from the event in action! 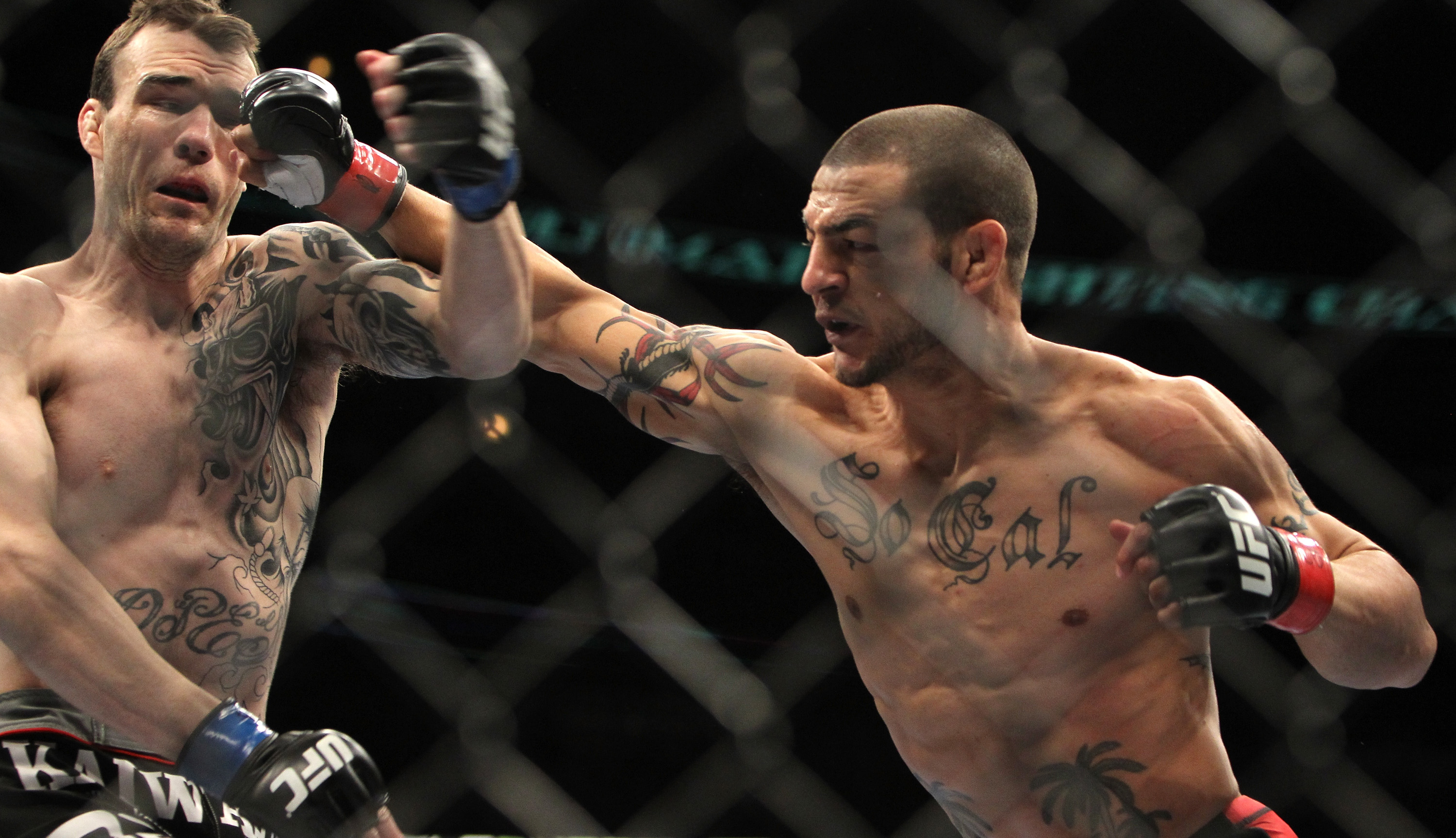 Fight Night San Antonio headliner gets back to his winning ways with this blistering KO of 6-foot-1 featherweight George Roop at UFC on FOX 2. The win sparked five straight wins for Swanson, leading to his streak-testing bout against Jeremy Stephens on Saturday night.

Watch the Knockout here for free!

Following his finish of Roop, Swanson was matched up with dangerous Brit Ross Pearson at UFC on FX 4. The Pride of Palm Springs showed off just how far his striking had come in his second consecutive finish. Bonus Points: Submission of the Week: Swanson vs. Franchi

Sledding was tough for Jeremy Stephens during his first few years in the UFC. Lil’ Heathen amassed a mediocre 5-5 record and needed to turn it around if he wanted to continue to fight under the brightest lights in MMA.

Watch Stephens get back on track against Marcus Davis in the KO of the Week!

Stephens will try to run his win streak to four when he takes on Cub Swanson in the main event of Fight Night San Antonio. Bonus Points: Jeremy Stephens - Older, Wiser and Ready

Kelvin Gastelum shocked the world by defeating Uriah Hall at the Ultimate Fighter 17 Finale, but the San Jose native still needed to prove he could compete against UFC talent. Facing Brian Melancon in his first official UFC bout, the undefeated welterweight showed was crisp in his striking and even better on the ground en route to ending Melancon’s two-fight win streak.

Watch this finish here for free!

Watch the fight here for free!

Winner of seven of his last night fights, featherweight Ricardo Lamas knows he is just a fight or two away from getting back to title contention. Follow “The Bully” on his road to revenge and watch him fight this Saturday at Fight Night San Antonio.