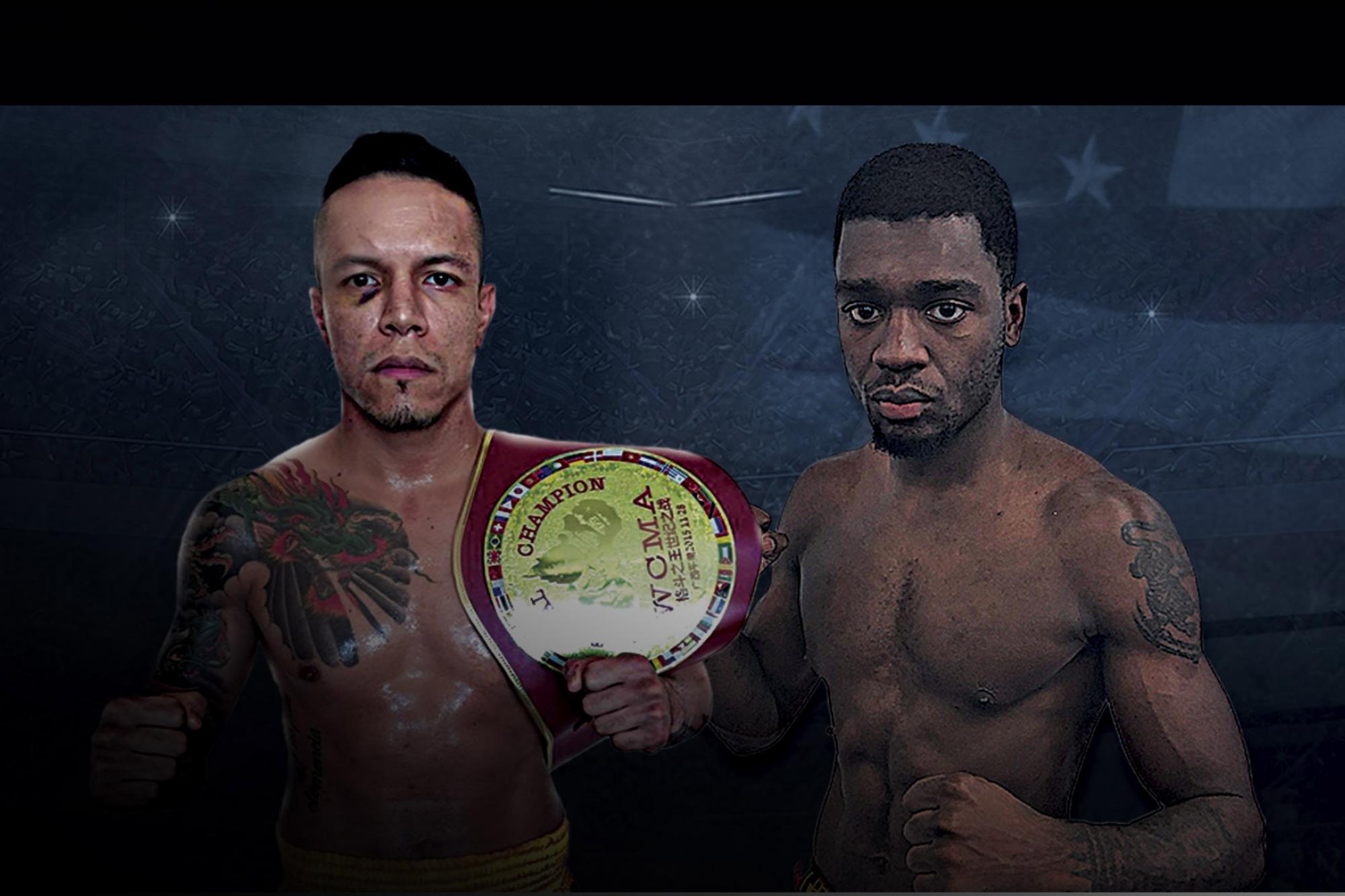 Without question a top 5 week in FIGHT PASS history is in the books.

Detroit was home to some legal violence Wednesday night as WXC was back for Warrior Wednesday 2.

UFC’s past was scheduled to follow UFC’s future with prospect Jason Fischer taking on Josh Wick in the co-main and former UFC lightweight Daron Cruickshank in the main event taking on Chris Brown.

In true 8 Mile fashion, Cruickshank got on the microphone and withdrew himself from the fight in front of the crowd due to Brown’s inability to make weight and while the crowd was justifiably let down, the disappointment turned to cheers when Cruickshank announced his wife was expecting a child and his new plan for the night was to party with those in attendance.

The night then hinged on a standout performance of Jason Fischer who beat Josh Wick so decisively that commentators were calling for UFC attention for the surging star.

Roy Jones Jr. Boxing made their stop in Vegas and brought one of the hottest boxing prospects along with them as Connor Coyle headlined the best boxing event in FIGHT PASS’s budding history with the sweet science.

Out of the gate, Rosalinda Rodriguez and Martina Horgasz set the bar with a fight that would have stolen the show on most other professional boxing cards with Rosalinda Rodriguez pushing her undefeated record to 10-0 before another show stopping pair of opponents took the ring.

The second fight of the night between Jerrico Walton and Jesus Zazueta Anaya had stolen the energy of the Sam’s Town Hotel & Gambling Hall crowd from the minute the bout started until it ended. Jerrico Walton’s athleticism and barrage of offense would have broken the spirit of possibly any opponent not named Jesus Zazueta Anaya. In true warrior fashion, Zuzueta ate Walton’s best, countered the rest and gave himself a chance although not many others in attendance did. Although Walton’s hand was raised after the final bell it took a career performance in the main event to top the heart Zazueta displayed.

Ireland’s newest son, Connor Coyle, lived out his lifelong dream as the Derry-native fought his first fight in the fight capital of the world. The Irish fan-favorite made it very clear from the moment the fight was announced until the opening bell that his mission was to earn a stoppage victory and was swinging for it as well. Unfortunately for Coyle, opponent Robbie “The Beast” Burwell was willing and able to survive any flurry Coyle had prepared and take the fight to decision exposing just how deep both fighters were willing to go for the win.

After the yacht party weigh-in down in Florida, Titan FC 54 brought in a nine-fight card that drew the attention of Dana White who was on hand scoping out talent for Dana White’s Lookin’ For A Fight. It wasn’t only boss man, however, as the building was jam packed with stars young and old from Jens Pulver and Matt Serra to Dustin Poirier, Amanda Nunes, Luke Rockhold and more.

The attendance of UFC royalty was treated to a firsthand glimpse of the sport’s future as Marc Stevens knocked out Quartius Stitt before an all-out sprint to the UFC President to plead his case further than his performance in the cage already did.

Also making his case in front of White was Andreas Michailidis whose spinning head kick ended Marcel Fortuna’s night following a referee stoppage. Where the stoppage did come with complaint from Fortuna’s corner, Rafael Alves’ comeback victory sealed with a right hand left no room for dispute in the co-main event to the tune of Jens Pulver’s play by play.

Jamie Richardson found himself on the wrong end of a Phil Wells right knee that seemed to be the end of the fight until Wells mistakenly assumed the round had ended and let off allowing Richardson to recover and as Murphy’s law would dictate, the fight was stolen from Wells in the following round.

Now with all that last week, how could UFC FIGHT PASS possibly follow up all the action? Tuesday morning’s Absolute Muay Thai is back from the heaviest hitting location. The Lumpinee Arena. Start your morning off early and start it off right with all the Thai action the folks at Fight Sports Asia can pack in.

The Phoenix Rising Series will feature not only tomorrow’s stars of Invicta, but also familiar faces such as UFC veterans; Kailan Curran, Juliana Lima and Danielle Taylor. The first two rounds will be one 5-minute round each and the championship bout of three 5-minute rounds.

Simple question: Do you like headbutts? Obvious answer: Yes.

Sunday morning at 8:15 am ET, FIGHT PASS is your source for Lethwei action with World Lethwei Championship 8 from Myanmar!

Get to your favorite device, turn on your favorite app and get caught up because last week and this, there weren’t and aren’t a lot of fights a fight fan can afford to miss!