The biggest card the UFC has ever brought to Brazil touches down in Curitiba this Saturday, featuring a host of Brazilian superstars and capped off by a world heavyweight championship fight between Fabricio Werdum and Stipe Miocic. But to get things started for UFC FIGHT PASS subscribers at 6:15pm ET / 3:15pm PT, three intriguing bouts will see Brazil take on the world, while one pits welterweight countrymen against each other in a quartet of matchups that will get the Curitiba crowd up and cheering from the time the Octagon door shuts.

Excited yet? This is the UFC FIGHT PASS spotlight on UFC 198. 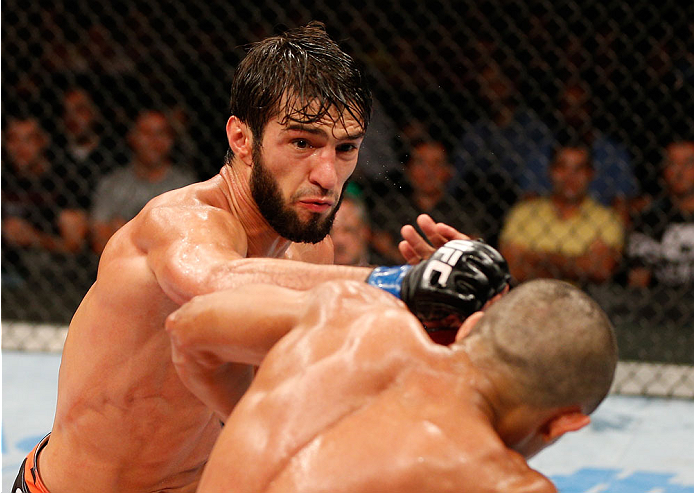 Want to know how stacked the UFC 198 card is? This meeting of top featherweight prospects is opening the show. An intriguing matchup that will be a big step toward bigger things for the winner, it’s hard to pick this one simply because there are too many unknowns. Jiu-Jitsu ace Moicano is unbeaten as a pro, but he hasn’t competed since his UFC debut win over Tom Niinimaki in December of 2014. Tukhugov, who is 3-0 in the Octagon, had a layoff of over a year before returning in December to decision Phillipe Nover, and he is unbeaten since 2012, making this an important battle for both 145-pounders. 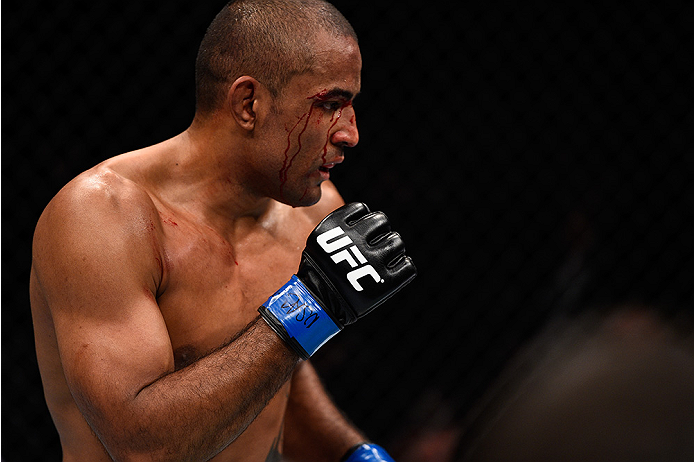 Sergio Moraes has put together one of the quietest four-fight winning streaks we’ve seen in the UFC in a long time, and with his world-class jiu-jitsu game being bolstered by heavy hands that ended Omari Akhmedov’s night in December, he’s a Top-15 threat for sure. He might have secured a spot there with a win over his original opponent, Kamaru Usman, but when Usman was forced out, Moraes will now face a fellow Curitba product in Octagon newcomer Luan Chagas. The 22-year-old Chagas is 14-1 as a pro, and he has finished each of those wins by knockout or submission. Impressive for sure, but is he ready for the veteran Moraes? This may turn out to be a fun fight to watch if he is. 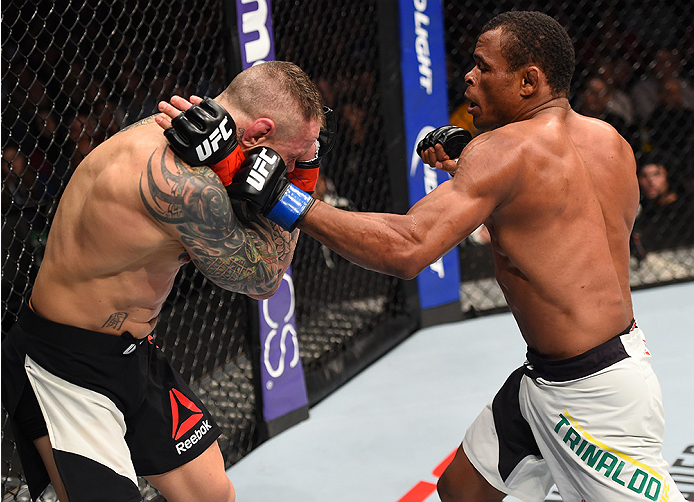 Speaking of quiet moves up the ladder, lightweight veteran Francisco Trinaldo has won five straight in one of the toughest divisions in the sport and has still not cracked the Top 15. Hopefully he’ll get the respect he deserves if he beats Yancy Medeiros in another bout that is a testament to the stacked nature of this card. Medeiros is always looking for a finish, and he’s got that fighting spirit that comes from his blood (Hawaiian) and his gym (the Diaz brothers). Fighting in Brazil will not be a problem for him. “Massaranduba” will be, though. Trinaldo is one of those guys who finds a way to win, whether by grit (Ross Pearson) or by sudden impact (Chad Laprise). Hate to repeat myself, but this has Fight of the Night potential. 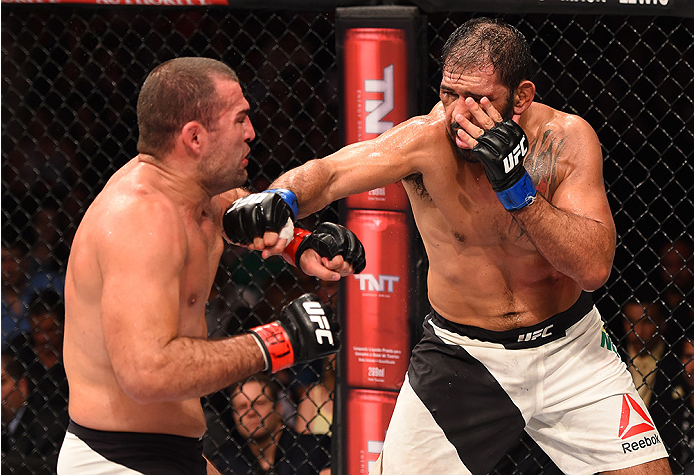 Verrrrrrryyyyy interesting. That’s what I thought when I saw the matchup in the UFC FIGHT PASS featured bout of the evening in Curitiba. Nogueira is the local favorite and a longtime contender at 205 pounds, but after going 2-4 in his last six, is he on the tail end of a storied career? Yes, the “2” were wins over Rashad Evans and Tito Ortiz, and his most recent loss to Shogun Rua was a close Fight of the Night battle, but at 39, does he have the game to hold off an up-and-comer like Cummins? There’s no secret to Cummins’ game plan – he’ll be looking to take Nogueira down and keep him there with his ground attack – so it’s a nice clash of styles. But the intangible here may be Cummins’ level of comfort while fighting in his opponent’s backyard. Three of his last four bouts have been in Brazil, and he won two of them, defeating Antonio Carlos Junior and Rafael “Feijao” Cavalcante. Being “the bad guy” won’t bother Cummins, and if he can impose his game on Nogueira, he might go back home to California with an impressive victory on his resume.