After an explosive Memorial Day weekend event in Las Vegas, the UFC action continues this Saturday when the Octagon lands in Inglewood, California for UFC 199. And before the middleweight and bantamweight titles are put on the line, UFC FIGHT PASS will kick off the evening at 6:15pm ET / 3:15pm PT with four intriguing bouts sure to get the card off to a rousing start.

This is the UFC FIGHT PASS breakdown on UFC 199.

Don't miss out on all these great bouts, a plethora of original programming, and more! Start your UFC FIGHT PASS free trial now! 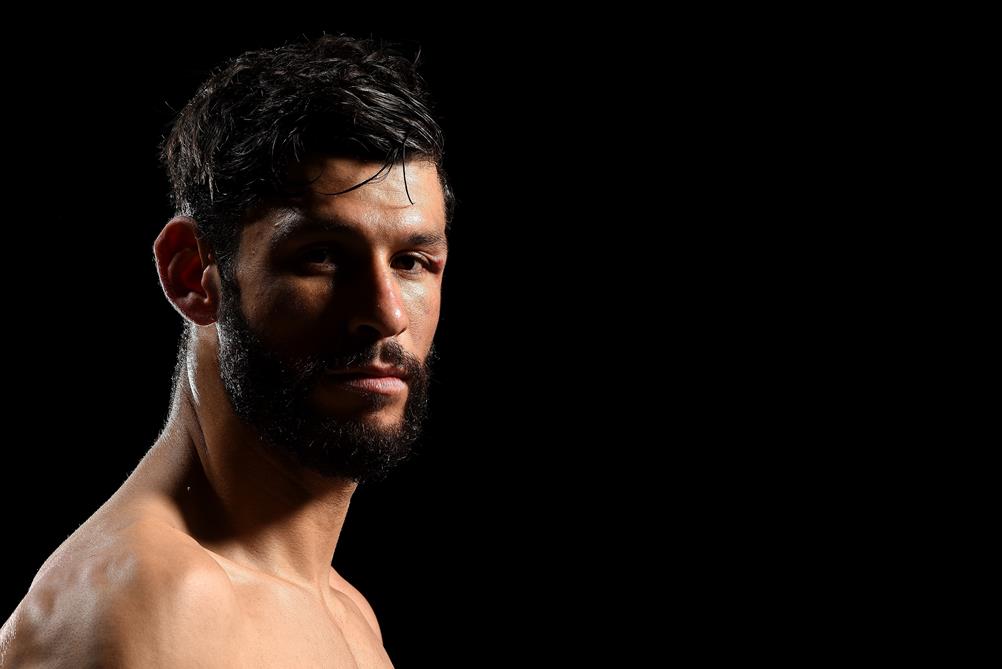 Poor Dong Hyun Kim. Not only did he debut in the same division as the Dong Hyun Kim who sits at No. 9 in the welterweight rankings, but he did so on short notice against Dominique Steele and was slammed into defeat for his trouble. This weekend should be a little better scenario for the “Maestro,” a talented finishing machine who will be in the more comfortable confines of 155 pounds when he faces Marco Polo Reyes. Of course, Mexico’s Reyes is no slouch, as he has finished all six of his pro wins, five by KO. This should be a good one, and if Kim wins before the final horn, you’ll remember his name. 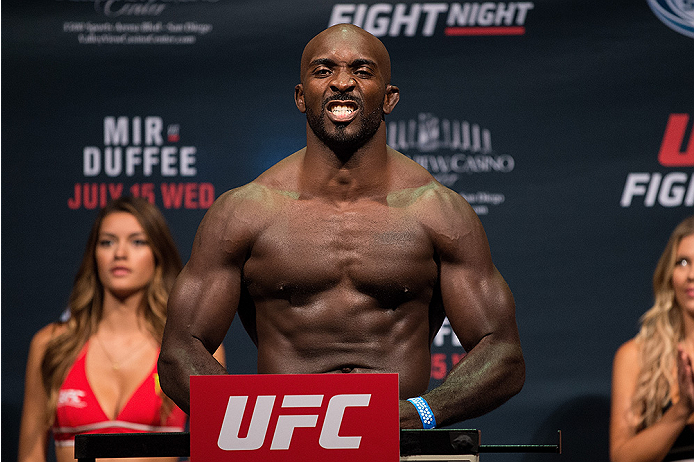 There is so much talent there when it comes to Kevin Casey, but UFC fans just haven’t seen it yet. That could all change on Saturday night when the former TUF 17 competitor seeks his first UFC win in nearly a year against Elvis Mutapcic. Casey has a Gracie Jiu-Jitsu black belt, heavy hands, and experience, but he hasn’t put it together yet over a UFC career that has left him with a 1-1, 2 NC record. So the time is now, but he’ll be in for a tough night against Iowa’s Elvis Mutapcic, one of those old-school Iowa tough guys who will never be an easy out for anyone. So how tough is Mutapcic, who has defeated UFC vets Sam Alvey, Cezar Ferreira and Zak Cummings? Here are his thoughts on the fight: “Kevin is a well-rounded fighter who made a mistake taking this fight.” Yeah, speed kills, but confidence ain’t too bad either. 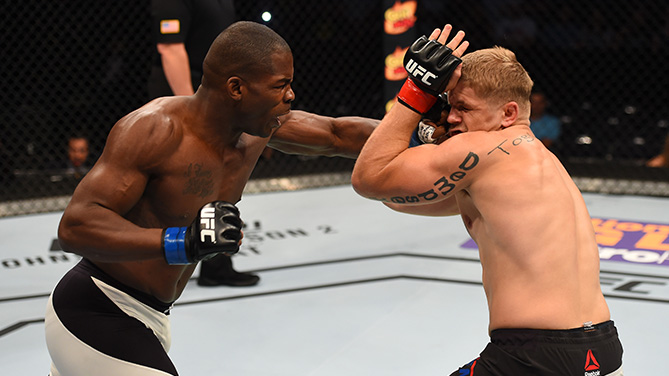 I hate to argue with a fighter, especially when he knows better than I do when it comes to what goes on in the Octagon, but when Jonathan Wilson says that he believes his bout with fellow light heavyweight prospect Luiz Henrique da Silva is going the distance, I have to disagree. Both “Jonny Bravo” and “Frankenstein” are finishers of the highest order, each has fight-altering power, and they’re both 205-pound fighters wearing four-ounce gloves. Hey, I’m all for a three-round slugfest, but I have the feeling that once the fists start flying, it’s going to lights out for somebody here. 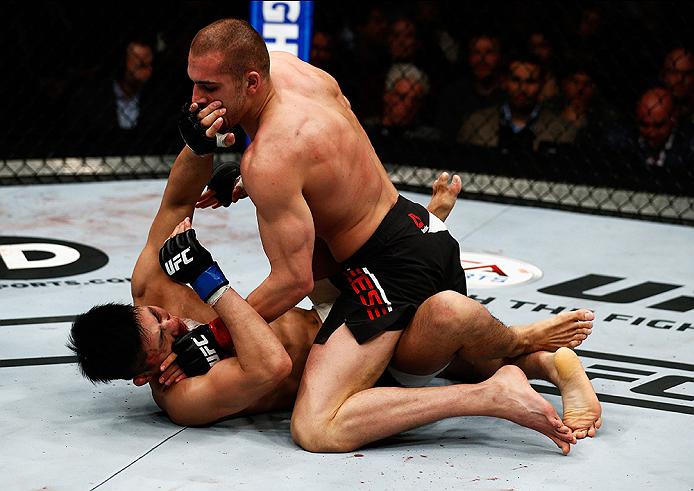 Fight fans are an interesting lot. After Tom Breese won a clear-cut decision over Keita Nakamura on February, the folks who proclaimed the Brit as the greatest thing since pizza were waffling on that opinion since he didn’t blast Nakamura out the way he did Luiz Dutra and Cathal Pendred. Forget the fact that it was Breese’s 10th pro fight and Nakamura’s 41st, and that “K-Taro” had been finished a grand total of twice in those 41 fights. Oh yeah, and it was a dominant win for Breese. So doomsayers, step back. Breese is still the real deal with championship potential, as is Strickland, another rising star who resides under the radar despite a 17-1 pro record that includes four UFC victories. This UFC FIGHT PASS featured bout is a must see and one of the reasons why MMA is so great. You don’t see fights like this too often – if ever – in boxing. But here it is, two elite welterweight prospects battling it out in a fight that could be the one you refer to when the winner wins a world championship and you say “This was the night so and so turned the corner.” It’s that important. And it should be a good one.