FABRICIO WERDUM VS MARCIN TYBURA
When I spoke to Fabricio Werdum before his last fight, he said if the UFC came to him with a fight that next weekend, he would take it. So a little over a month after defeating Walt Harris, the former champ is back to face Marcin Tybura. It’s good to see Werdum staying busy at 40, because waiting around won’t get him a shot at regaining the crown. Wins will, and he has to be favored over Tybura, though the Polish standout is showing top form in winning his last three bouts, including a June victory over Andrei Arlovski. Add in a training camp with the Jackson-Wink MMA squad, and “Tybur” could have all the tools for an upset. 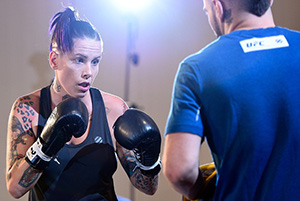 When talking to Bec Rawlings about her journey at 115 pounds, you can almost hear her reliving in her mind how miserable it was to cut down to the strawweight limit. But those days are over and “Rowdy” Bec is in a good place mentally and physically heading into her UFC flyweight debut against fellow Aussie Jessica-Rose Clark. No, it’s not the kind of fight that could immediately put her in a title fight like a bout against original opponent Joanne Calderwood might have, but a win will mark her as a player in the UFC’s new weight class, and an opportunity like that is good enough for now. 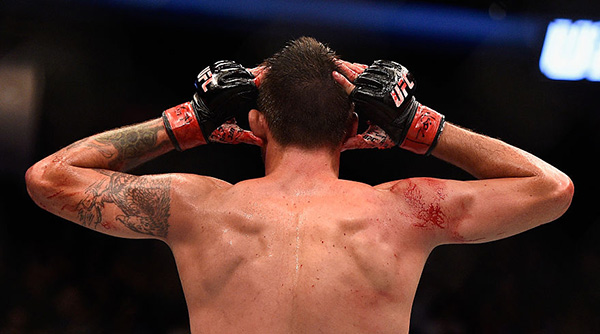 The most solid choice for Fight of the Night in Sydney this weekend pits a pair of Americans against each other, as Tim Means faces Belal Muhammad in a clash of welterweights on the verge of the top 15. Muhammad and Means are always down for a fight, and while Means will most certainly want to keep it standing, Muhammad has expressed a desire to show off his grappling, so he might just throw a wrench in the works and look for a ground fight. Either way, don’t expect either fighter to be stalling over the course of 15 minutes or less. 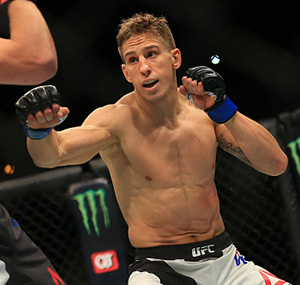 Still just 23 years old, Jake Matthews has had his share of ups and downs since being anointed Australia’s Next Big Thing in 2014. But “The Celtic Kid” has learned from his setbacks and in a return to the welterweight division, where he has never lost, Saturday’s fight with Bojan Velickovic could be the start of something good for him. But Velickovic is a tough, tough out, and while his UFC record currently sits at 2-2-1, he looks to be on the verge of a breakout performance, and this weekend may just be his time to get it.

ELIAS THEODOROU VS DANIEL KELLY
This clash of TUF Nations alumni could get ugly in a hurry given Elias Theodorou’s often smothering grappling attack and Daniel Kelly’s awkward and unorthodox style, but having said that, it could also be the signal that an entertaining brawl is on the way. Kelly has made a career out of surprising people, and with Theodorou looking to make a statement after a recent loss to Brad Tavares, “The Spartan” may just turn up the heat and meet a fighter willing to get into a scrap with him. 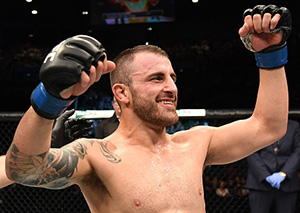 The third time was the charm for Alexander Volkanovski, as Shane Young stepped up to fight him after Jeremy Kennedy and Humberto Bandenay were forced off this weekend’s card due to injury. New Zealand’s Young is relatively unknown in UFC circles, but the debutant has won five straight, with his career record showing a nice mix of KO and submission finishes. Volkanovski has been on a roll, winning 12 in a row, including two bouts in the UFC, so someone’s streak will have to come to an end in Sydney.

RYAN BENOIT VS ASHKAN MOKHTARIAN
Inactivity has been the enemy of Texas’ Ryan Benoit, with only five UFC fights since his debut nearly four years ago. On Saturday, he returns after 11 months away to face Ashkan Mokhtarian, and if he can shake off the ring rust and get back to the form he showed in his wins over Sergio Pettis and Fredy Serrano, he’s got the talent to make some noise at 125 pounds in 2018.

NIK LENTZ VS WILL BROOKS 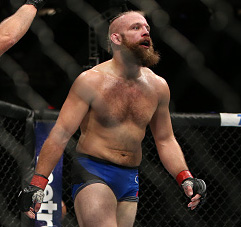 Will Brooks and Nik Lentz weren’t regular training partners when they shared the mats at the American Top Team gym, but there is plenty of intrigue about this clash of former teammates this weekend. Lentz left ATT earlier this year to train with Henri Hooft and the Combat Club squad, so it will be interesting to see if he implements more striking into his attack. As for Brooks, he’s had a rough stretch since coming to the UFC, getting finished in his last two bouts, making winning by any means necessary imperative.

ANTHONY HAMILTON VS ADAM WIECZOREK
Anthony Hamilton needs a win in a big way after being finished in his last three bouts, but things don’t get any easier when he meets 6-foot-5 Polish newcomer Adam Wieczorek. Wieczorek has finished all eight of his wins, six in the first round, so it will be up to Hamilton to weather the early storm and take this fight into rounds two and three, where he can use his experience to even the playing field with his opponent. 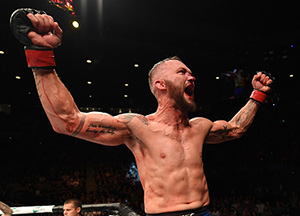 While Means-Muhammad is the favorite for Fight of the Night, the lightweight meeting between Damien Brown and Frank Camacho is clearly the sleeper pick. Neither fighter will have to go searching for the other this weekend, and given their ability to take a shot as well as give one, there will be some furious exchanges before this one is over.

ALEX CHAMBERS VS NADIA KASSEM
There will be plenty of eyes on 22-year-old Nadia Kassem when she makes her UFC debut this weekend against Alex Chambers. In four pro fights, Kassem has won each by first-round knockout, with no bout lasting more than 1:27. That’s scary and exciting at the same time, but against a veteran like Chambers, what happens if the fight goes past a minute and a half will truly tell the tale of whether Kassem is ready for the UFC level. 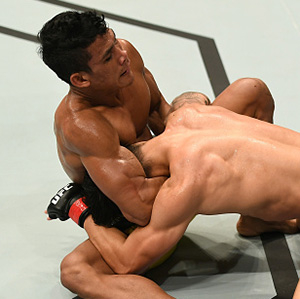 Given Eric Shelton’s performances on The Ultimate Fighter 24 and in two subsequent UFC bouts, it’s hard to say that this is a must win against the Philippines’ Jenel Lausa, but it may be. You could make a case for Shelton taking both split decisions against Alexandre Pantoja and Jarred Brooks, but the bottom line is the bottom line, so expect to see Shelton come out with guns blazing to take the judges out of the equation.

RASHAD COULTER VS TAI TUIVASA
Rashad Coulter and Tai Tuivasa remind us why everyone loves heavyweights, and I don’t expect any changes from them on Saturday. These guys are showing up to bang, and if it gets into the second round, I’d be surprised.