The action in the month of October wraps up in Sao Paulo, Brazil this Saturday with an outstanding 12-fight card capped by the return of Lyoto Machida against Derek Brunson and a pivotal welterweight clash between Demian Maia and Colby Covington.

As intriguing as those two fights are – and they’re compelling matchups – what really makes this event stand out is the tremendous depth of talent set to step into the Octagon inside Ginasio do Ibirapuera on October 28. From top to bottom, this card is flush with interesting, competitive pairings, with several athletes who could use this weekend’s fight card as a launching pad to bigger and better in 2018 and beyond.

Here’s a look at three of them.

This is On the Rise: Sao Paulo Edition. 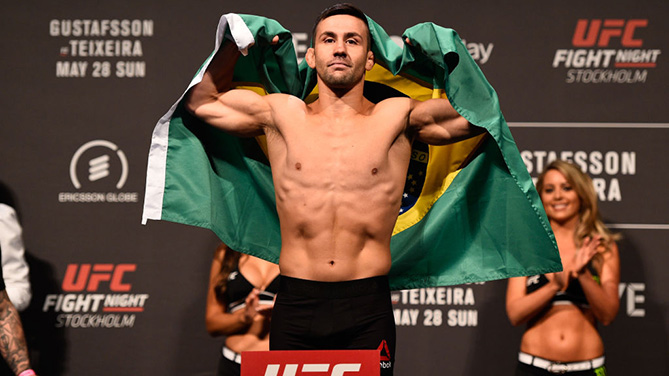 While he’s not currently in the thick of the title chase, Munhoz is one of those fighters who could snatch up a couple more submission finishes, rocket into the Top 10 and find himself sharing the cage with some of the more established names in the bantamweight ranks.

The 31-year-old Brazilian has won three straight, including submission wins over Justin Scoggins and Russell Doane, heading into his showdown with fellow underrated upstart Rob Font this weekend. A former RFA champion whose only UFC setbacks have come against Raphael Assuncao (in his short notice debut) and Jimmie Rivera, Munhoz is an opportunistic finisher with a smooth, solid all-around game.

This matchup with Font has Fight of the Night potential, as their styles and approaches inside the cage complement each other nicely, and if he’s able to push his winning streak to four with another thrilling performance in his hometown, Munhoz should climb the divisional ladder and get a chance to make an even greater impact once next year rolls around. 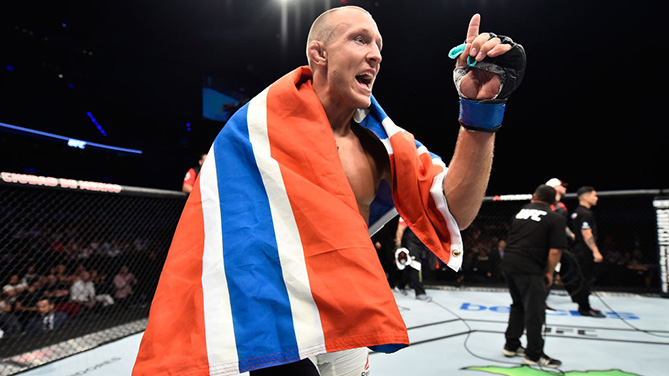 “The Joker” put together a pretty solid first year on the UFC roster, collecting three wins in four appearances, and he enters “Year Two” on a two-fight winning streak where both victories came by way of first-round knockout.

Having established his footing and impressed fans and critics alike with his back-to-back blistering knockouts of Alex Nicholson and Brad Scott, Hermansson gets an opportunity to break into the Top 15 with a trip to Sao Paulo to take on Thiago Santos, a powerful finisher who has also picked up consecutive stoppage wins and currently resides in the lower third of the middleweight rankings.

Hermansson is seasoned and durable, having logged 15 fights in quality organizations against solid competition before getting the call to the Octagon, and he has taken it up a notch since matriculating to the premier organization in the sport. In addition to this bout carrying the potential to propel the 29-year-old into the Top 15, Hermansson also has a chance to “get one back” in a way after taking his only UFC loss in the same arena last November against Cezar Ferreira.

He’s looked great in his two appearances since that setback, and a victory over “Marreta” would be a great way for Hermansson to kick off his sophomore year in the UFC and position himself for something even bigger in 2018. 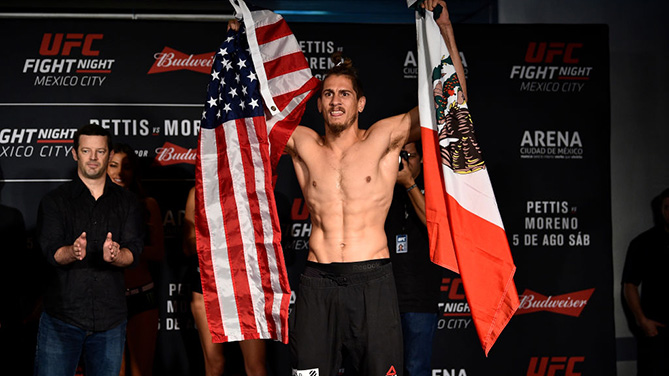 Through his first three Octagon appearances, “The Hybrid” has established himself as a rising star in the welterweight division and he looks to carry that over this weekend in Sao Paulo against Vicente Luque.

A rangy, aggressive fighter, Price has shown he packs dynamite in his hands and possesses keen finishing instincts, having earned nine of his 10 career victories inside the distance. Most recently, the Coral Gables, Florida native took a step up in competition, venturing to Mexico City to square off with Alan Jouban in August. Less than two minutes into the first round, Price had picked up another stoppage victory and a Performance of the Night bonus to establish himself as a potential future contender.

Originally scheduled to face fellow all-action fighter Luan Chagas this weekend, the 28-year-old will instead share the cage with Luque, who is looking to get back in the win column after his four-fight winning streak was snapped in March. Should Price come away with another impressive victory, don’t be surprised if he finds his way into the lower third of the welterweight rankings and starts generating some buzz as someone to watch in the 170-pound ranks heading into 2018.