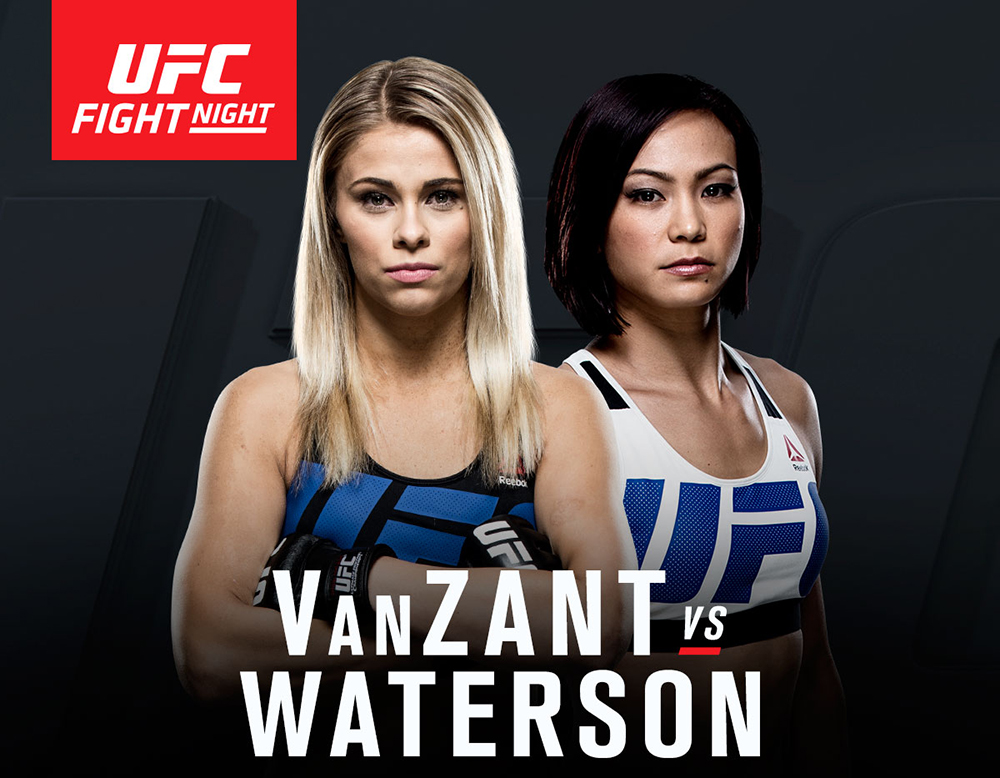 MICHELLE WATERSON VS PAIGE VANZANT
Two action fighters on the rise in the strawweight division meet in Saturday’s main event. Paige VanZant rebounded nicely from her loss to Rose Namajunas, knocking out Bec Rawlings earlier this year. Michelle Waterson won her UFC debut over Angela Magana, but that was in July of 2015. If ring rust is an issue, the busy VanZant can race out to an early lead, but Waterson’s technique and experience should serve her well down the stretch.

MICKEY GALL VS SAGE NORTHCUTT
Give Mickey Gall credit for being gutsy enough to call his shots thus far in his young UFC career. First up was CM Punk, and now, in his third UFC bout, he’ll get fellow welterweight prospect Sage Northcutt. This one may turn into the classic grappler vs. striker matchup, with Gall using his underrated power to try and get Northcutt to the mat. There, the New Jersey native will have the edge, but if it remains standing, it’s hard not to favor Texas’ apple-crushing phenom.

BRAD PICKETT VS URIJAH FABER
One of the sport’s greats calls it a career on Saturday, as Urijah Faber fights for the last time. Seeing “The California Kid” in action in his final fight should be enough reason to tune in, but the fact of the matter is that Faber vs. Brad Pickett is also a helluva fight. Pickett always brings it, and Faber does the same, so this won’t be an easy night for the pride of Sacramento, not by a long shot.
RELATED CONTENT: Training Day - Jouban vs Perry | Waterson - Family and Fighting | Paige VanZant's Warrior Code

MIKE PERRY VS ALAN JOUBAN
There’s been plenty of heat between Mike Perry and Alan Jouban, and that’s before the two welterweights even step into the Octagon on Saturday night. So that adds to the drama, but these two don’t even need that. Perry is always looking for the knockout, and Jouban is in more Fight of the Night battles than he’s not. On a card filled with potential winners of that particular post-fight bonus, this may be the grand prize winner.

PAUL CRAIG VS HENRIQUE DA SILVA
You’ll hear this a lot between now and Saturday, but that’s because it’s a wonderful stat: 20-0. That’s the combined record Paul Craig and Henrique da Silva bring into their fight on Saturday, and whoever emerges victorious from this one is going to have plenty of intriguing fights on his plate in 2017 because if the light heavyweight top 10 needs anything, it’s new blood.

MIZUTO HIROTA VS COLE MILLER
Originally scheduled for a bout in Manila earlier this year, Cole Miller and Mizuto Hirota meet up in Sacramento this week, and on paper, this is an interesting matchup, but if the crafty Miller shakes off Hirota’s thunder and sticks to his game plan, he’s got the ground game to take care of business.

TAKEYA MIZUGAKI VS EDDIE WINELAND
This is one of those old school, throwback fights with two guys in Takeya Mizugaki and Eddie Wineland who are no frills battlers just interested in getting the win by biting down on the mouthpiece and throwing down. This will be a fun fight while it lasts, but with Mizugaki going 1-3 with two knockout losses in his last four, the edge has to go to the power punching Wineland. 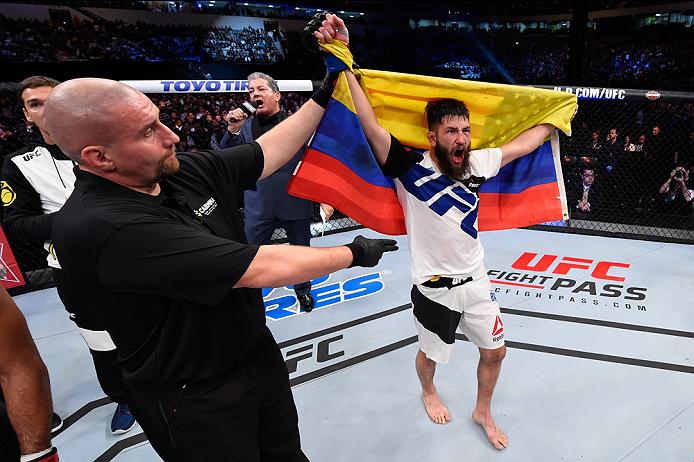 After taking out Sage Northcutt and Warlley Alves, Bryan Barberena isn’t going to be able to sneak up on Colby Covington, but if he adds to his list of welterweight victims with a win over “Chaos,” his days of picking off top prospects may be over as he will undoubtedly become a player in the welterweight division in 2017.

SCOTT HOLTZMAN VS JOSH EMMETT
Lightweights Scott Holtzman and Josh Emmett aren’t fancy in the Octagon, so don’t expect any flying armbars or spinning hook kicks, but they’re honest fighters who always give a supreme effort, so this bout should provide plenty of excitement for fans who can appreciate what hard work produces over the course of 15 minutes.

IRENE ALDANA VS LESLIE SMITH
A teammate of Alexa Grasso, Irene Aldana is the latest Mexican standout to join the UFC roster, and after finishing all of her wins in the first round, she is a welcome addition. Leslie Smith is no welcome mat though, and “The Peacemaker” will find out in a hurry whether Aldana is ready for prime time or not.

ALEX MORONO VS JAMES MOONTASRI
Another fight from the postponed Manila card finds its way to Sacramento, with Alex Morono looking to follow up his upset win over Kyle Noke in January with a second UFC victory over Tae Kwon Do ace James Moontasri, who is seeking some consistency in an ultra-tough division.

FREDY SERRANO VS HECTOR SANDOVAL
Hector Sandoval will be trying to secure his first UFC win in his second try, and he’ll have home field advantage in Sacramento when he does it. But former Olympic wrestler Fredy Serrano is a tough matchup for anyone, and not only on the mat, but on the feet, where he’s got plenty of fight-altering power.

SULTAN ALIEV VS BOJAN VELICKOVIC
Highly touted Sultan Aliev will take another crack at getting his first UFC win as well, and while he has some familiarity with Bojan Velickovic from their time working together at American Top Team, Velickovic has been with Team Elevation in Denver for nearly two years, so he’s not the same fighter he was when he and Aliev were in the same gym.