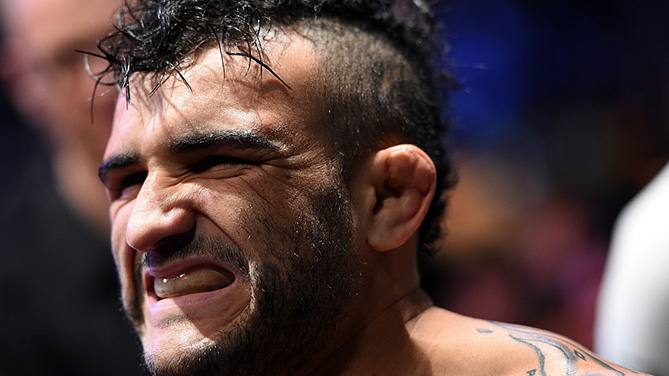 It’s not hard for John Lineker to remember his first UFC fight in May of 2012. A veteran of the Brazilian MMA scene, he earned his roster spot the hard way, but when he arrived in New Jersey to face Louis Gaudinot, he was a young man basically on his own.

“That was a crazy time looking back,” Lineker said. “I was not ready and was not prepared.”

He didn’t have cornermen or a mouthpiece leading up to the bout, and he was still good enough and gutsy enough to engage in a Fight of the Night scrap with Gaudinot before being submitted in the second round.

More than four years later, everything has changed. Lineker has a solid support system around him, he’s still in the UFC as one of the top bantamweights in the world, and this Saturday he will be in his second consecutive main event when he faces John Dodson in Portland, Oregon.

“It gets tiring at times, but I love it,” he said of the headlining life, and he wouldn’t trade it for anything, as this is where he always pictured himself. Of course, he didn’t expect to lose his UFC debut, or to battle the scale as much as his opponents when he competed in the flyweight division. But he has no regrets.

Yet after missing weight before his January 2015 win over Ian McCall, his days at flyweight were over. That didn’t mean he was out of the woods yet, as the whole fight world watched to see if he could carry his success into the bantamweight division. He had no such doubts.

“No, it was just difficult for me to fight at that weight (135 pounds),” he said. “I was sure that I could be successful at bantamweight.”

And he has been, defeating Francisco Rivera, Rob Font and Michael McDonald in succession. The McDonald win was the biggest yet, as he scored a first round knockout that earned him Performance of the Night honors and lifted his pro record to 28-7. All at just 26 years old. And despite all this, he doesn’t see spending his young adult years as a prizefighter as a burden.

It’s an attitude shared by his opponent, Dodson, and what the pair truly enjoy is getting the knockout on fight night. It’s why fans are amped up for this matchup, and so is Lineker.

“I am his fan and I love fights like this,” Lineker said of Dodson before giving his prediction for Saturday night. “Me and John Dodson promised each other to put on a show.”