Most of us would win a huge fight and want to take a few months off to bask in the glory a little bit. But that’s why we’re not fighters and Josh Emmett and Jeremy Stephens are. Emmett is coming off a December knockout of Ricardo Lamas and Stephens is fresh from a January finish of Dooho Choi, but they both jumped at a main event in Orlando this weekend, and this is an interesting matchup. Stephens is showing the best form of his long career, and with the “Lil’ Heathen” still only 31 years old, he may be in his prime. But then there’s Emmett, who came out of nowhere with his highlight reel finish of Lamas, and at featherweight, it’s clear that the Team Alpha Male standout has found his home. So with both fighters being heavy-handed knockout artists, will they test each other’s chin, or will this turn into a close-range war in the trenches? Either way, there will likely be enough furious exchanges to keep viewers entertained and the fight from going to the judges.

A world title challenger may emerge from Saturday’s co-main event between Jessica Andrade and Tecia Torres, and it’s hard to pick against Andrade, who has looked spectacular since moving from bantamweight to strawweight. But Torres is one of the best fighters in the division who doesn’t get that kind of public recognition. That can all change this weekend, and if “The Tiny Tornado” can fight through Andrade’s blitz and pile up the points with her volume striking, she’s could be going back home to Colorado with a win.

When Ovince Saint Preux went through a three-fight losing skid against Jon Jones, Jimi Manuwa and Volkan Oezdemir, it looked like he was going to be one of those guys who always stuck around the top ten but never made that serious run to the top. Three wins (and finishes) later, and OSP looks like a serious title threat again. But if he wants to get to that next level, he’s got to keep the momentum going, and Ilir Latifi is no pushover. Saint Preux may have more ways to win, though, and if he uses all his tools – or at least the threat of them, he’s got the edge. 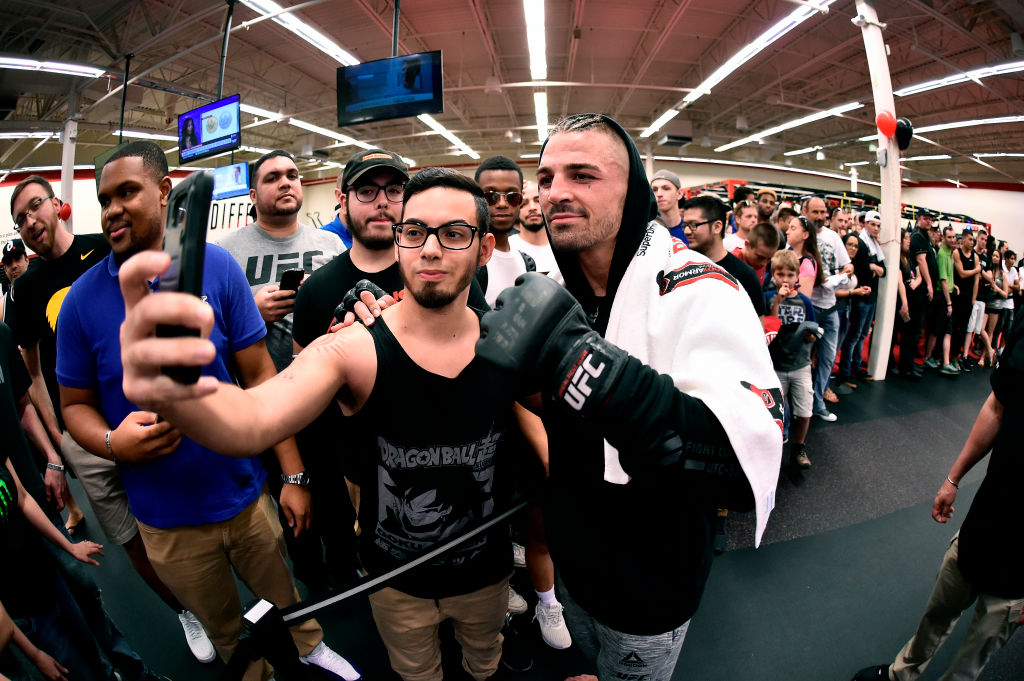 This is the perfect fight to kick off Saturday’s FOX main card because if someone is channel surfing and comes across Mike Perry and Max Griffin throwing hands, they’re likely going to stick around. This one may not last too long, though, because “Platinum” and “Pain” both throw hammers and the winner will likely be the one who can take the other’s thunder better.

Has it been almost four years since Renan Barao had a world championship belt and a place on the pound for pound list? It is, and hey, that’s the fight game, but it would be nice to see a return to form by “The Baron,” and maybe his full-time return to bantamweight will be the catalyst for one. Brian Kelleher is a tough out, though, and whether Barao has a belt or not, the New Yorker knows that having the Brazilian’s name on his resume is a big deal, so expect him to bring the heat on Saturday.

After three straight wins over Jessica Eye, Alexis Davis and Gina Mazany, I was of the opinion that Sara McMann was a win away from a shot at Amanda Nunes’ bantamweight title. Then Ketlen Vieira showed up, submitted McMann, and that was that. At least for the moment. Now McMann - who is working with Team Alpha Male in Sacramento – returns to face Marion Reneau, and this is a good fight, because as much potential as McMann has, Reneau is 4-2-1 in the UFC, with both losses close, and three of those four wins are finishes. In other words, Reneau is just as close to making a move into the title race as McMann is, and Saturday’s her chance to prove it.

Muay Thai specialist Angela Hill and boxing ace Maryna Moroz haven’t always had a chance to show off their standup game against a fellow striker, but this Saturday they do, and if this doesn’t turn into a grappling match, get ready for some fireworks. And if it does go to the mat, give Ukraine’s Moroz the edge. 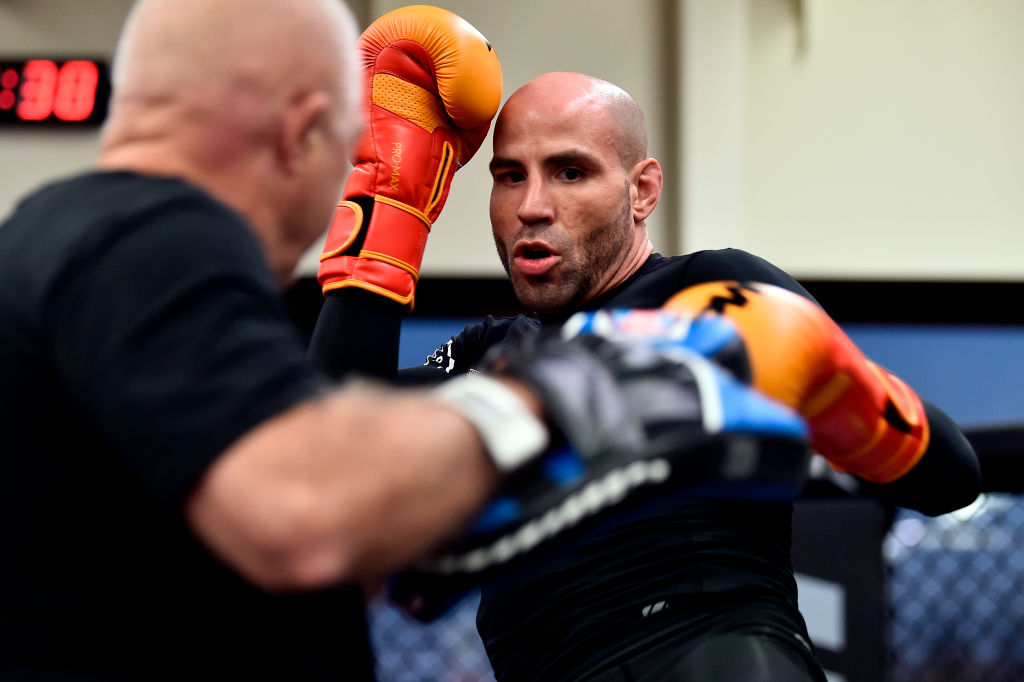 In the Fight of the Night sweepstakes, welterweights Ben Saunders and Alan Jouban have a good chance of taking some extra cash home. Jouban is always a must see and he’s got the three FOTN awards to prove it. On the other side, Saunders subscribes to the kill or be killed fight philosophy, with only two of his last nine bouts getting the judges involved. So who wins? Whoever is less reckless.

Sam Alvey may be the most frustrating fighter in the UFC today. Now competing at light heavyweight, Alvey has the power to take out anyone he faces on fight night, but he just won’t let his hands go consistently. That’s cost him in several bouts, and hopefully facing bigger opponents like dangerous Polish newcomer Marcin Prachino will push “Smile’N” Sam to try and take care of business as soon as possible from here on out. If he does, he’s a serious threat to anyone at 205 pounds.

Hawaii’s Russell Doane resurrected his UFC career last June with a first-round knockout of Kwan Ho Kwak, and he’s expecting to keep that momentum going after moving camps from home to Team Oyama in California. That’s one of the reasons why I love this fight, and Rani Yahya being criminally underrated over the years being the other. That means you’ve got a kid in Doane who is focused and hungry, and a veteran in Yahya who has another chance to shine and let the world know how good he is. Striker vs grappler? Maybe, but this has the potential to be more.

Good stuff at 125 pounds between Eric Shelton and Alex Perez. Both are rightfully considered prospects in the UFC, but they each have the experience that guarantees that this fight will be fast-paced, high-level stuff from start to finish.

Albert Morales’ UFC slate may read 1-3-1, but he’s been in every fight he’s lost and he’s going to be a handful for anyone he faces. So hot prospect Manny Bermudez will either live up to the hype on Saturday night or get run over. That’s the beauty of the jump to the big show, but Bermudez does look like the real deal.