Even without their press conference scuffle, the OKC main event between Michael Chiesa and Kevin Lee was a must see bout and it’s easy to see why. These are two of the top up and comers in the lightweight division, and the winner will likely creep closer to a place in the title picture.

So who gets it? This is one of those fights where we’ll just have to wait and see, because for all of Lee’s promise, Chiesa is that guy who always finds a way to win. It’s hard to imagine this not being one of the best fights of 2017. Enjoy it.

Former UFC welterweight champion Johny Hendricks made a successful jump to the middleweight division in beating Hector Lombard, but Sunday may be the real test as he faces a big 185-pounder in Tim Boetsch.

Boetsch has the size and strength to push Hendricks around, so “Bigg Rigg” may have to focus on a boxing attack where he uses speed and technique while making Boetsch chase him for three rounds. We’ll see where Hendricks is at in his new division, for sure, by the end of this bout. 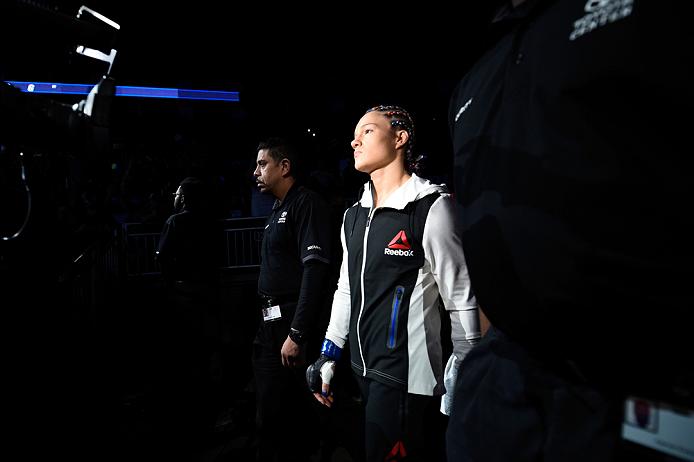 Two strawweights with striking backgrounds collide in OKC, with former TUF 20 castmates Felice Herrig and Justine Kish both eager to make a move up the 115-pound ladder.

At the moment, the edge has to go to Herrig thanks to the momentum she’s built from her last two victories, but Kish isn’t an easy out, and with the high stakes attached to the bout, expect to see her pull out all the stops to try and get the win.

Give Denmark’s Joachim Christensen a lot of credit. After a submission loss to Gadzhimurad Antigulov last month, he’s jumping right back into the fray to erase the memory of that defeat.
Of course, it’s not that smooth a process, as his original opponent, Azamat Murzakanov, was replaced on short notice by newcomer Dominick Reyes. Will it matter? That all depends on what the highly regarded Reyes shows up with on Sunday.

The world may not know it yet, but Tim Means is a must see competitor in the welterweight division, and he’s got a chance to show that once more this weekend against Alex Garcia. If “The Dirty Bird” wins, it may not get him to the top 15, but with his last four victories coming by KO or submission, his time should be coming soon. 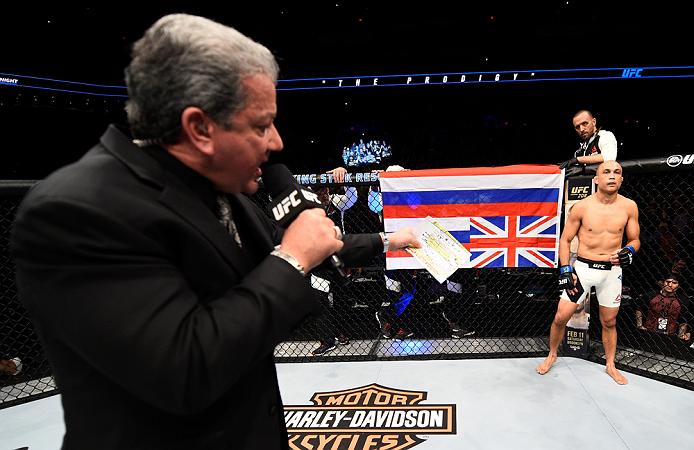 If you’ve followed this sport for any length of time, it’s impossible to be objective when it comes to BJ Penn. Win or lose, the UFC Hall of Famer always got a reaction out of fans, and this weekend’s matchup with Dennis Siver should be no different.

Of course, you want to see Penn pick up his first win since 2010, but to get there, he’s going to have to dig deep against the hard-hitting Siver, who knows that having a victory over Penn on your record is a badge of honor.

Back in the lightweight division, Clay Guida is likely to be the old “Carpenter” when he faces rising star Erik Koch. That means hair, sweat and blood flying as he runs a hundred miles an hour.

And that’s before the fight starts. Once the action gets underway, Guida will be relentless in his attack, but against the sharp shooting Koch, that will make things very interesting. Watch out for this one for Fight of the Night honors.

Italy’s Marvin Vettori has made that full-time move to California to train with Kings MMA, and with that all-in commitment, he has to be someone to watch at 185 pounds.

Vitor Miranda is no easy out, though, and with three knockout wins in the Octagon thus far, he’s one strike away from handing any middleweight a crushing defeat. 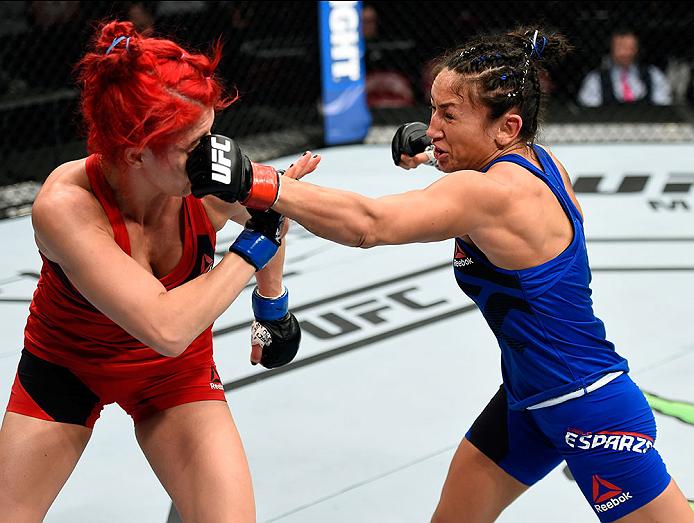 Maryna Moroz had one of the more spectacular UFC debuts in 2015 when she submitted Joanne Calderwood in 90 seconds and then called out strawweight champion Joanna Jedrzejczyk, who was sitting at Octagonside.

Since then, Moroz has been a little quieter, with an upset loss to Valerie Letourneau followed by two wins over Cristina Stanciu and Danielle Taylor. Sunday, she faces former world champ Carla Esparza, and this may be the platform Moroz needs to make that kind of debut statement once again.

Two fighters who didn’t get positive results in their first trip to the Octagon, Devin Powell and Darrell Horcher get a second shot at getting a UFC win under their belt, and you can expect to see vastly different fighters this time.

Powell is bonus hunting to get some extra cash for his upcoming wedding, and Horcher just put in a full camp with Team Curran in Illinois, so this should be a better representation of who these lightweights are in the Octagon.

How did a couple of kids from Queens, NY wind up in Oklahoma City? That’s the wild world of MMA for you, but you can rest assured that neither Jared Gordon or Michel Quinones care about the location of their UFC debut, only that they get a chance to display their skills in the Octagon and get a win on Sunday night. And both will be charging hard to get that victory.

It’s a fight for Midwest bragging rights in OKC when Minnesota’s Tony Martin meets Iowa’s Johnny Case. This was already a solid style matchup to make for an exciting fight, but when you add in the bad blood between these two lightweights, and things could get rolling as soon as the Octagon door closes.

An interesting light heavyweight bout kicks off the festivities on Sunday, with Jeremy Kimball the main guy to watch here, considering that his first UFC fight saw him coming in on short notice against Marcos Rogerio de Lima, who came in at 209.5 pounds.

Now Kimball has a full camp and is facing someone in Stansbury who we assume will make weight. So expect to get a better read on this prospect’s potential.