Take a closer look at Fight Night New Orleans in this edition of By The Numbers. 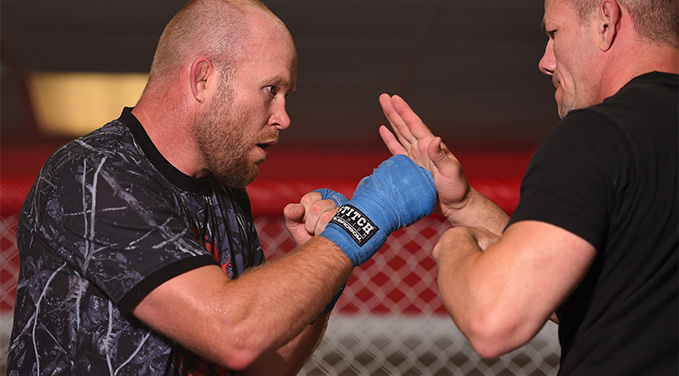 13
Current ranking of Tim Boetsch as a UFC middleweight

5
Knockdowns scored by “The Barbarian”, tied for 3rd most among active UFC middleweights

4
KO/TKOs by The Barbarian inside the Octagon including his most recent win/finish over Brad Tavares at UFC Fight Night: Bader vs. Saint Preux, which earned Boetsch a Performance of the Night award

84.2
Percentage of those takedowns starting from the clinch

8
Of those attempts were guillotine chokes

13
KO/TKOs by Henderson in UFC/PRIDE/Strikeforce/WEC competition, tied for 4th most with Anderson Silva in combined history behind Mauricio Rua’s 15, Mirko Cro Cop’s 18 and Wanderlei Silva’s 19

18
Knockdowns by Henderson in UFC/PRIDE/Strikeforce/WEC competition, tied for 2nd most with Anderson Silva and Mirko Cro Cop behind Wanderlei Silva’s 27

11
Career wins by Henderson over former or current UFC, PRIDE or Strikeforce champions

100
Percentage of Henderson’s last 11 opponents have been former or current UFC, PRIDE or Strikeforce champions

49
Significant striking accuracy by Henderson across his career, UFC average is 42%

48
Takedowns by Henderson in the UFC/PRIDE/Strikeforce competition, 4th most by a fighter at 183 pounds or more in combined history

87.5
Percentage of Henderson’s career takedowns have come from the clinch

1992, 1996
Years that Henderson competed for the US Olympic Greco Roman wrestling team

9
Current ranking of “Big” Ben Rothwell as a UFC heavyweight

91.2
Finishing rate percentage by Rothwell across his 34 career wins

20
KO/TKOs by Big Ben in his pro career

3
KO/TKOs by Rothwell inside the Octagon including his most recent first round TKO of Alistair Overeem at UFC Fight Night: Souza vs. Mousasi

11
Submission wins for Rothwell in his pro career

7
Takedowns by Big Ben in the UFC, tied for 9th most among active UFC heavyweights

13
Current ranking of Matt Mitrione as a UFC heavyweight

8
KO/TKOs by Mitrione inside the Octagon, tied for 2nd most in UFC heavyweight history with Junior dos Santos behind Andrei Arlovski and current UFC heavyweight champion Cain Velasquez’s 9

8
Knockdowns landed by Mitrione, tied for 4th most in UFC heavyweight history

4
Heavyweights in UFC history have earned two or more KO/TKOs in under a minute each - Mitrione, Todd Duffee, Stipe Miocic and Roy Nelson