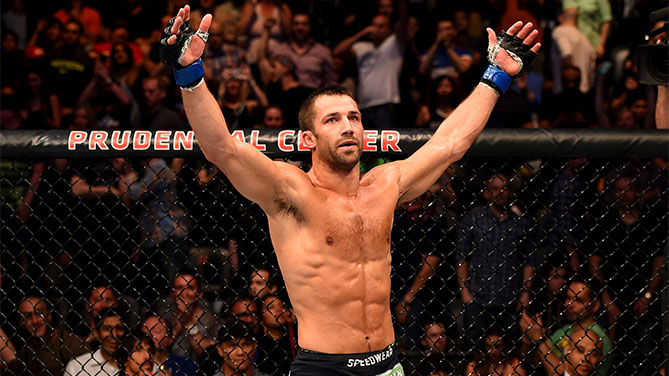 Here’s one thought that still lingers the day after UFC Fight Night on FOX from Newark, N.J.:

There’s something to be said for age and experience, but as we look back on Saturday night’s card from the Prudential Center, it’s almost impossible not to recognize the kids who are clearly the next wave of stars in the UFC. Consider today’s four Takeaways:
> WATCH: Fight Night New Jersey Dana White Backstage Interview 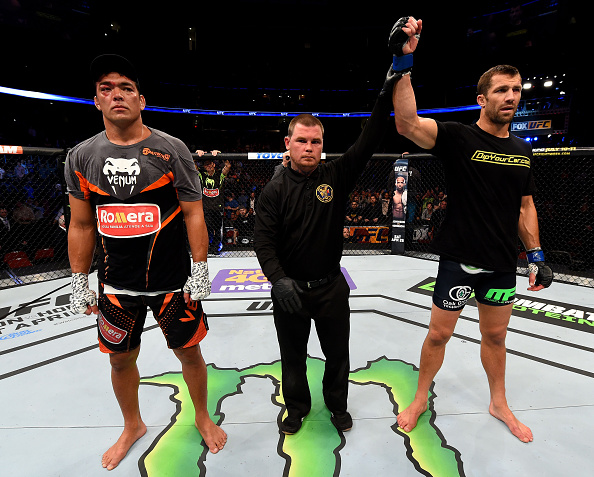 1. Luke Rockhold isn’t exactly a kid, but at 30 years old he’s undeniably in his prime. His impressive second-round submission of the legendary Lyoto Machida, who is weeks from his 37th birthday, was something to behold.

Score one for the younger guy.

A dominating performance and rear-naked choke of Machida may well vault Rockhold into the top contender spot in the middleweight class. That position currently belongs to Jacare Souza, whose first-round armbar made quick work of Chris Camozzi in the co-main event, but the division is clearly in flux.

Once champion Chris Weidman fights Vitor Belfort at UFC 187 in May, a title opponent for the winner can be determined. Understandably, Souza believes it’s him, and he can make a strong case. But Rockhold considers himself the best middleweight.

“I said it before, I’ll say it again,” he said afterward. “This was my show. No offense to Jacare, but I am the No. 1 contender. I’m the best guy around and it’s my title shot. I’ve dominated everybody in my path, I’ve beaten Jacare, and I deserve it.”
> WATCH: Luke Rockhold Backstage Interview 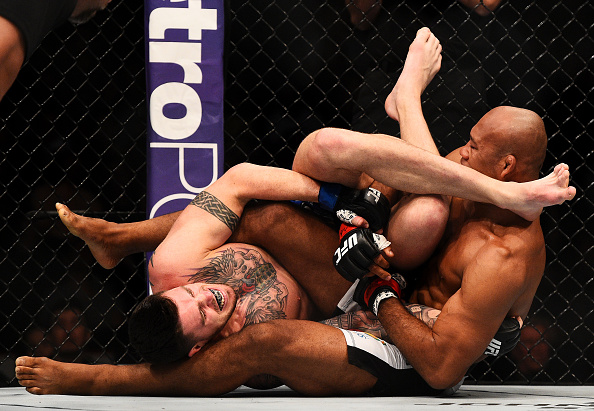 2. It wouldn’t be fair not to give Souza the floor. Granted, he was forced to fight an unranked opponent in Camozzi, whom he had already beaten in 2013, but that was the result of an injury to No. 6 Yoel Romero.

So Souza sees no reason he should be passed over. He lost a unanimous decision in 2011 to Rockhold when the two were in Strikeforce, but he rejected that defeat and has no plans to step aside when the next title shot comes.

“I believe 100 percent it’s my time,” he said at the post-fight press conference. “I’m the No. 1 contender. I fought Luke a long time ago. Everybody knows he don’t beat me. The judges fight for him. I come to fight. I’m ready for the title.” 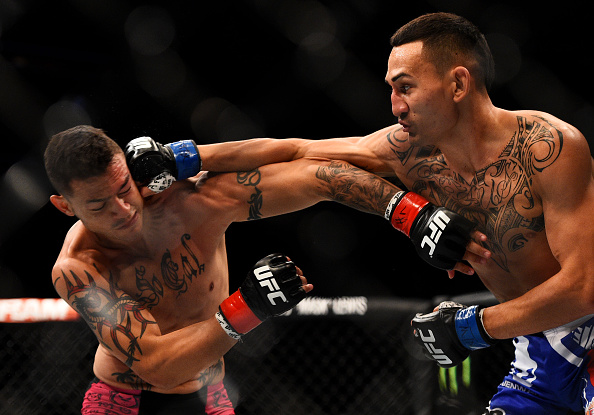 3. At 23 years old, Max Holloway is still something of a newbie in MMA. But his talent as a striker is unquestionable.

Holloway dismantled No. 5-ranked veteran Cub Swanson with a non-stop attack that started with a series of sharp left hands and ended with a guillotine choke with just 62 seconds left in their three-rounder. The victory was Holloway’s sixth in a row and is certain to vault him in the featherweight rankings.

It’s impossible not to like Holloway’s constant motion and ability to throw punches and kicks from all angles. It’s no wonder he was given a $50,000 performance bonus from UFC president Dana White afterward.

“I’m not no wrestler, I’m not no jiu jitsu guy,” Holloway said. “I’m a striker. Max Holloway strikes. Go look at any of my fights. When do I ever try to take someone down? It doesn’t happen.” 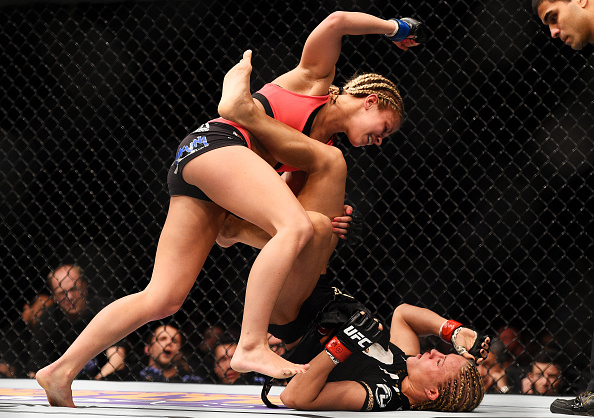 4. It looks like Paige VanZant was right. Experience wasn’t important – but maybe age was.

The 21-year-old VanZant was a relentless fighter in her unanimous-decision win over Felice Herrig, who is nine years older. VanZant dismissed the idea that she lacked the requisite experience to match a fighter like Herrig, and she proved it.

Her style is to swarm her opponent, which she did effectively. At times, she and Herrig were a tangle of arms and legs, but VanZant almost always ended up on top, throwing punches and elbows that landed squarely on Herrig’s face.

Her good looks, boundless energy and winning smile are going to take VanZant a long way, but don’t overlook her skills. She’s full of talent (as evidence by her 199-44 edge in total strikes), and her ceiling is high.