The original main event for this Saturday’s card in Melbourne – Luke Rockhold vs. “Jacare” Souza – was a great one, but if I’m being honest, I like this one between Derek Brunson and Robert Whittaker even more. Where else are you going to see two rising stars with identical five-fight winning streaks squaring off, and there isn’t even a title on the line.

This is the kind of matchup you rarely – if ever – see in boxing anymore, so kudos to the fighters for stepping up and the UFC for making it. As far as what’s going to happen this weekend, Brunson has to be the favorite, but Whittaker is no easy out for anyone, and the winner of this one will have earned it in the toughest way possible.

Lightweight powerhouse Jake Matthews is in an interesting spot heading into his bout against Andrew Holbrook. Seen as the next big thing in Aussie MMA, Matthews has struggled to a 2-2 record in his last four. It’s hard to put “must win” on a 22-year-old fighter’s shoulders, so let’s just say Matthews must look good against the once-beaten Holbrook if he wants to make some serious moves at 155 pounds in 2017. 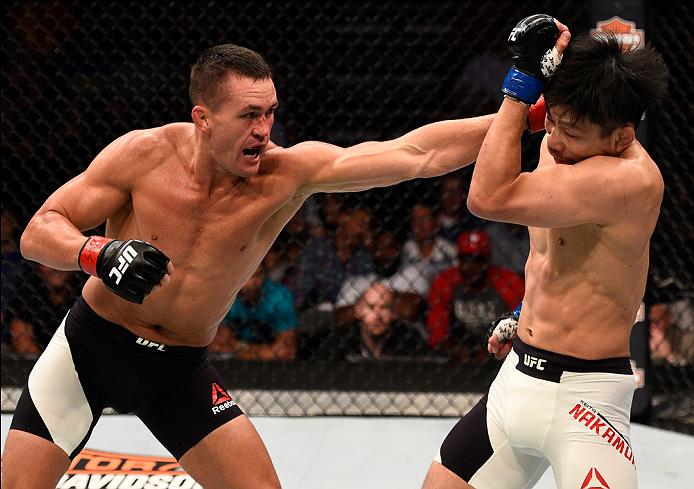 The sleeper pick for Fight of the Night takes place in the welterweight division, where home country favorite Kyle Noke faces Russian action hero Omari Akhmedov. Akhmedov is uninterested in engaging in a boring fight – sometimes to his detriment – and when you match him up with Noke, who seems to elevate his intensity when fighting in Australia, these guys might wind up with some extra cash in their pocket for the holiday season by the time the night is over.

Aussie newcomer Alex Volkanovski will have a lot of eyeballs on him this weekend when he faces Yusuke Kasuya, and rightfully so, as he brings a 10-fight winning streak (including six knockouts) into the Octagon with him. But Kasuya, who has finished all nine of his pro victories, is no slouch, and when you match his submission game with Volkanovski’s tendency to knock people out, this will be an interesting chess match.

If you’re making your UFC debut with just four pro fights, the promotion’s matchmakers must think you’re something special, and that may be the case with Australia’s own Tyson Pedro, who will be facing TUF 23 finalist Khalil Rountree Jr., a young man with plenty of hunger to prove a point after getting outwrestled for three rounds by Andrew Sanchez at the TUF Finale in July.

Danielle Taylor had a tough short-notice assignment against Maryna Moroz in her UFC debut and she still went three rounds and only lost a split decision to the top ten-ranked Moroz. Things won’t be getting any easier against volume striking veteran Seohee Ham, but with a full training camp under her belt, Taylor should be even better the second time around. 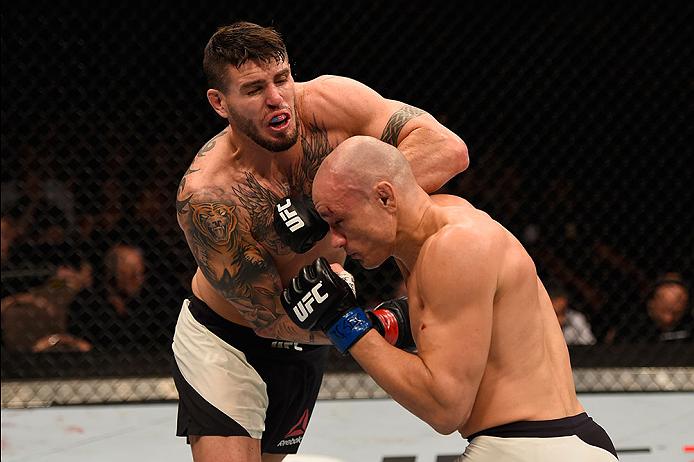 The middleweight matchup between Chris Camozzi and Daniel Kelly is a perfect pairing of two fighters who are compelling in different ways. Camozzi is someone on the verge of making that big move at 185 pounds but he needs a big performance in a big fight. Kelly is a four-time Olympian who finds a way to win in some fights that most expect him not to. That sounds like the making of a fun fight to me.

Like Camozzi, Jon Tuck is a talented prospect who is trying to find that consistency that will make him a major player in his division. There’s no better time than now for Tuck to start down that path, but at the crossroads stands a determined Aussie in Damien Brown who is more confident than ever after picking up his first UFC win by knockout this summer.

Jonathan Meunier didn’t get any favors in his UFC debut, as he came in on short notice against swarming wrestler Colby Covington in August and suffered the first loss of his career. This time, he’s had ample time to prepare for Australia’s “Filthy” Rich Walsh, a former TUF Nations competitor seeking a return to the win column after a loss to Viscardi Andrade in March.

Despite entering this bout off recent defeats, Geane Herrera and Ben Nguyen are still two of the top prospects in the flyweight division, and while that’s enough to recommend this matchup, the fact that they’re both action fighters lifts this into the realm of Fight of the Night candidate.

Jason Knight proved in his Fight of the Night win over Jim Alers in July that win or lose, he’s going to put on a show for the fans. Simply put, this kid loves to fight, and when you consider that Dan Hooker loves to finish his opponents, there will be some explosive and possibly fight-ending exchanges in this one.

After two postponements, the third time will be the charm for featherweights Ning Guangyou and Marlon Vera, both of the whom have the opportunity to break back into the win column and see where they’re at in a competitive 145-pound division as 2016 comes to a close.

If you’re entering a fight with the nickname “The Demolition Man,” I’m already interested, and with plenty of positive notices preceding the Octagon debut of Filipino banger Jenel Lausa, odds are his fight with Yao Zhikui will be a good way to kick the night off, especially with Yao expected to show off some new wrinkles in his game thanks to the time spent with the Blackzilians team.