The return of Anderson Silva feels like one of those special moments in sports.

Think about watching and admiring Muhammad Ali box. Or Michael Jordan dunk a basketball. Or Babe Ruth hit a baseball. It’s an experience, and a story that can be told for generations.

Silva, ranked No. 5 at middleweight, makes his return to the Octagon against No. 6-ranked Michael Bisping in the featured five-round main event as part of the biggest UFC FIGHT PASS card in the digital streaming service’s short history. Silva vs. Bisping is the No. 1 reason to watch Fight Night London.

Silva is perhaps the greatest mixed martial artist who has ever lived. “The Spider” has the most finishes (14) in UFC history, the third-highest striking accuracy (63.2 percent on significant strikes), and his 10 title defenses as middleweight champion from 2006-‘13 (six years, eight months and 22 days) are the most of all time.

So after a career that already promises to be among the greatest in MMA history, Silva is back and is even talking about another potential run at the title.

What keeps him going?

“I’m very exciting for (my return). Not for proving nothing; just for me for my heart. I think this is a challenge for my mind. It’s the next level for my future in my personal life,” Silva told musician Travis Barker on UFC Battle Lines.

Bisping’s career is the perfect contrast to Silva’s, which makes “The Count” the best opponent for this historic bout. Bisping has been on the doorstep of a title shot the majority of his career, losing in the big fights that likely would have catapulted him to the No. 1 contender spot.

“The fact of the matter is that I had No. 1 contender matchups and I lost them, period,” Bisping said. “But I’m still here. I’m still grinding and I’m still pushing.”

Bisping has been fighting Top 5 fighters throughout his UFC run, and feels that he is now ready to finally earn the title shot that’s eluded him for so long. A win against Silva – the widely acknowledged GOAT – may be just what he needs to convince the powers that be that he’s a worthy title contender. 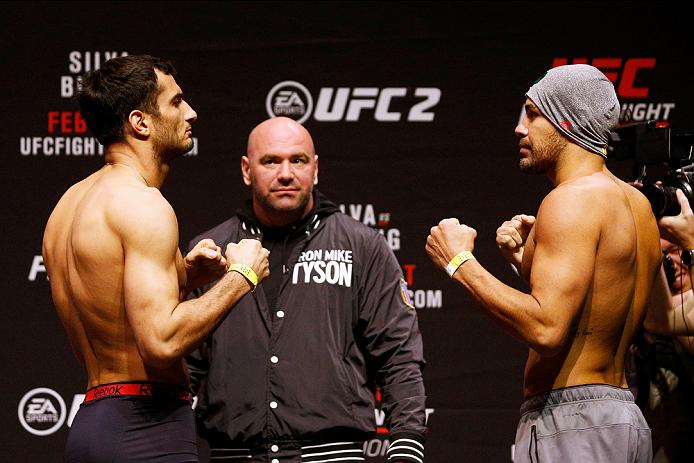 2. A pair of middleweight veterans meet to stay in the mix

Gegard Mousasi and Thales Leites are hoping that a victory on the big stage will put the winner back into position to make a run at the top five of the division.

No. 9-ranked Mousasi is coming off a loss to Uriah Hall after two wins in a row in early 2015. UFC president Dana White has often called Mousasi one of his favorite fighters to watch, and a win against Leites will help Mousasi put his name right back in line on the list of contenders.

Leites was one of the hottest fighters in the UFC when he put together five consecutive wins before a close decision loss to Bisping in July 2015. Now the Brazilian will look to start a new win streak against a highly formidable foe. The former title challenger lost in his only bid for a UFC championship against Anderson Silva back at UFC 97. 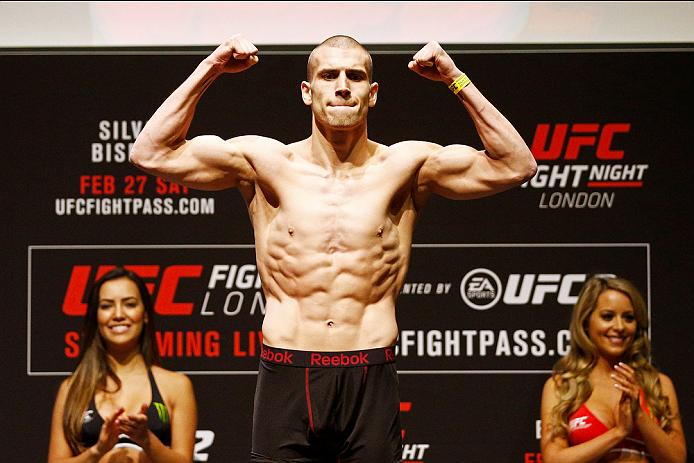 Tom Breese has been as good as it gets in his two UFC appearances – finishing both fights by TKO in the first round against Cathal Pendred and Luiz Dutra. He has a perfect 9-0 record and faces Keita Nakamura.

Fighting in his home country of England, TriStar’s Breese wants to continue to impress. He has never gone to a decision in his entire nine-fight career.

Amirkhani is also a perfect 2-0 to start his UFC career with a pair of first round finishes. He is facing Mike Wilkinson, who hails from England and is coming off a win against former European prospect Niklas Backstrom.

After Wilkinson’s KO against Backstrom – Amirkhani’s training partner – “Mr. Finland” called out the English fighter and the war of words has been going ever since. Now that the fight is here, Wilkinson will surely be looking to take Amirkhani’s shine and enter his name into the rising star category. 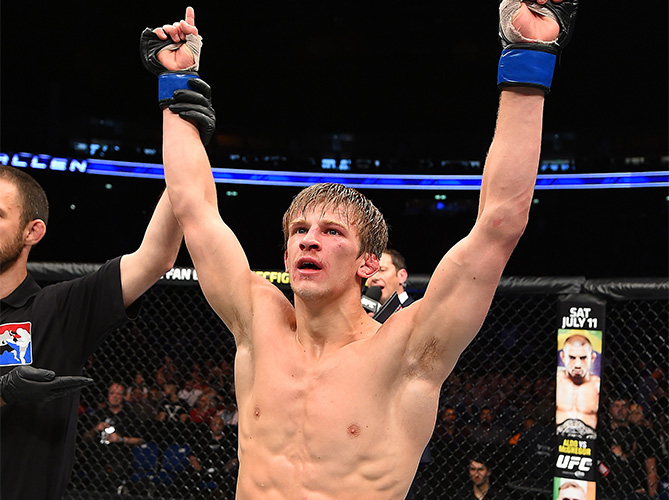 4. Allen takes step up in competition

Arnold Allen, 22, is only one fight into his UFC career, but analysts and media members have been buzzing about the Ipswich, England native and his potential.

Allen is set to take on Yaotzin Meza in a considerable step up against a six-fight UFC veteran. Meza’s only loss as result of a finish came against longtime division power Chad Mendes.

After stepping in on short notice in his UFC debut, Allen now has the chance to showcase his skills after a complete training camp. 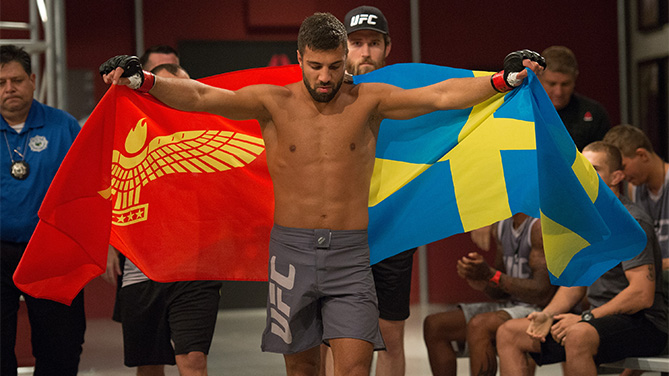 Teammates on Season 22 of The Ultimate Fighter, David Teymur and Martin Svensson kick off the evening on UFC FIGHT PASS.

Teymur was one of the most electrifying participants on TUF 22, and Svensson has built a reputation for his durability and toughness. This battle between Team McGregor members is surely going to start the night off with a bang.

Don’t wait – Join UFC FIGHT PASS now to catch up on all the fights from Fight Night London fighters. Then tune in Saturday beginning at 12:45pm/9:45am ETPT when the fights begin. The four-fight main card begins at 4pm/1pm ETPT.