Saturday’s UFC Japan event is in the books, and now that the dust has settled in Saitama, it’s time to go to the scorecard to see who the big winners were at Saitama Super Arena.

1 – Jessica Andrade
It’s always interesting to see how a fighter responds to a loss in a big fight. Based on Jessica Andrade’s win over Claudia Gadelha, she’s doing just fine after dropping a decision to Joanna Jedrzejczyk earlier this year. In fact, against the No. 1 contender at 115 pounds, I dare say that “Bate Estaca” looked better than she ever has. No, I don’t think she jumps right back in with the winner of November’s bout between Jedrzejczyk and Rose Namajunas, but with one more victory like the one she scored on Friday night, Andrade will certainly be in line for another shot at championship gold. 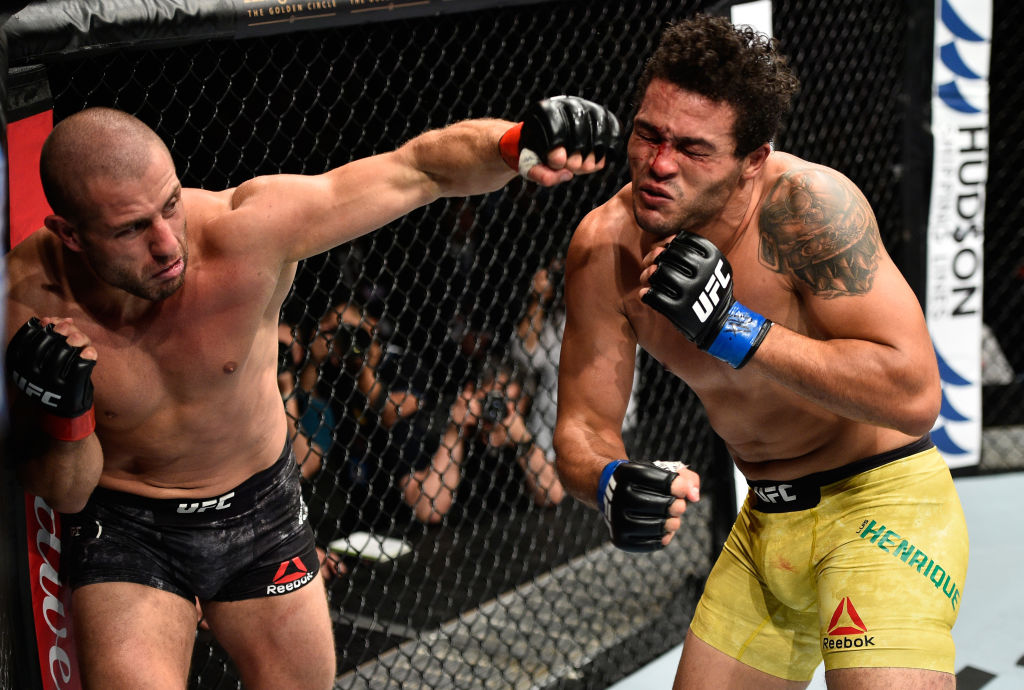 The UFC debut of kickboxing superstar Gokhan Saki got a lot of pre-fight attention and rightfully so, and that first trip to the Octagon couldn’t have gone better, as “The Rebel” scored a one-punch knockout of Henrique da Silva. Yes, it did look like his gas tank was running on empty just before he landed the finishing blow, but those are just details. In the great scheme of things, Saki did what his fans wanted him to do. He showed off an elite level of striking, he finished matters off in highlight-reel fashion, and he’s got the personality to bring in casual fans. For a light heavyweight division that needs some excitement and good news, he’s just what the doctor ordered.

3 – Ovince Saint Preux
On paper, Ovince Saint Preux did what he should have done with Yushin Okami in terms of getting the late replacement out of there in the first round. But in pulling off his third Von Flue choke submission in the Octagon, OSP has come the closest anyone has come in a while to having the equivalent of his own personal finishing move. Think of this as Cro Cop’s head kick, Liddell’s right hand, or McKenzie’s guillotine. It adds another layer of personality to the talented 205-pound contender’s bio sheet, and even though his opponents will know the possibility of the choke is always there, all it takes is a split second for them to lose focus and then lose consciousness. Big win for Mr. Saint Preux. 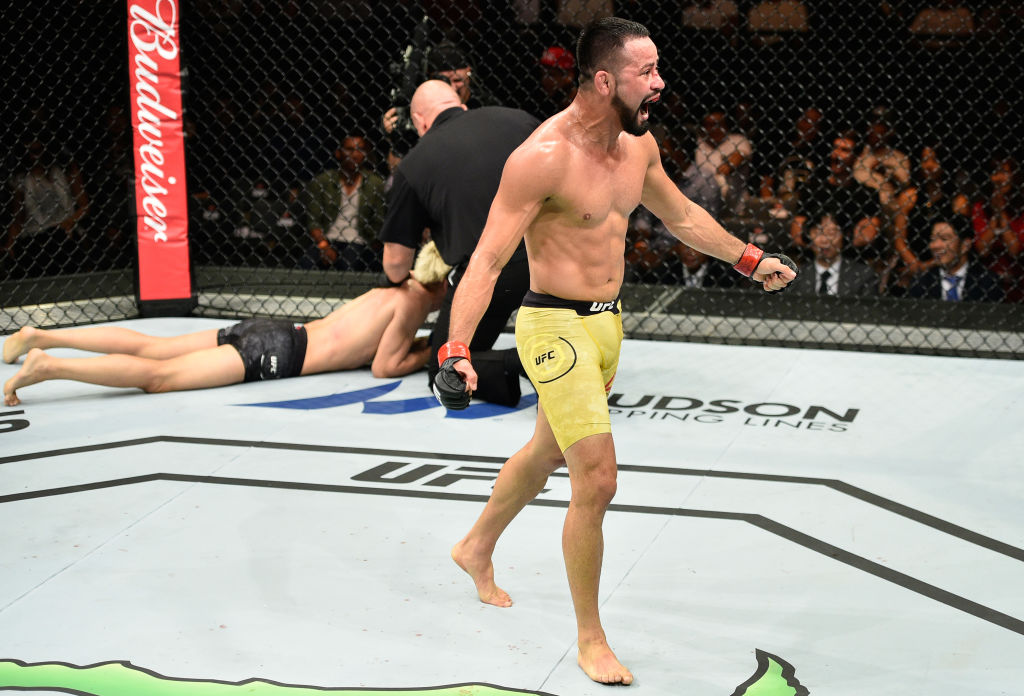 Despite being one of the top flyweights in the UFC since its inception, Jussier Formiga has never been able to win the big fight, the one that would get him a title shot. And while his rear naked choke finish of Ulka Sasaki likely won’t land him the winner of UFC 216’s bout between Demetrious Johnson and Ray Borg, the victory did show him to be in top form, and if that win was a sign of things to come, it looks like Formiga may have put everything together at the perfect time for him to be a serious threat to the man at the top of the division.

5 – Keita Nakamura
As I wrote last week, Keita Nakamura is probably never going to be a mainstream star outside of Japan, and that’s unfortunate because “K-Taro” is one of those fighters who always delivers a compelling show when the Octagon door closes. Last night was another example, as he showed off his striking game against solid welterweight prospect Alex Morono. It was a close fight throughout, but in getting the split decision nod, Nakamura got back in the win column and continued to make it clear that when it comes to tough outs at 170 pounds, few are tougher than he is.