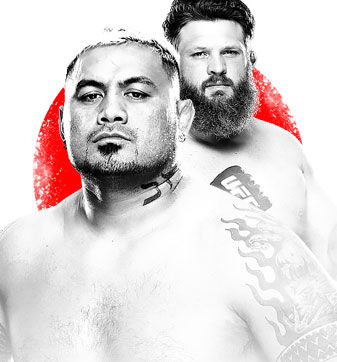 For several years, Japan was the central hub for many of the world's biggest mixed martial arts fights and this weekend the UFC returns to the Land of the Rising Sun for a stacked card airing on UFC FIGHT PASS, headlined by heavyweight knockout artists Roy Nelson and Mark Hunt in the five-round main event.

Nelson is fresh off his first-round finish over former UFC heavyweight champion Antonio Rodrigo Nogueira while Hunt returns to action for the first time since last December when he engaged in one of the greatest heavyweight bouts of all-time against Antonio 'Bigfoot' Silva.

The main card for the show in Japan is loaded from top to bottom, with fights including Myles Jury against former PRIDE champion Takanori Gomi, and Miesha Tate taking on local favorite and UFC newcomer Rin Nakai.

In today's fantasy preview, we're going to break down the UFC Fight Night main card with a few key matchups that will certainly play a huge factor in coming out a winner during this weekend's UFC Pick Em game.

Two of the best finishers in the UFC face off, with Mark Hunt taking on Roy Nelson in a battle to see whose chin will crack first.

Hunt has been an impossibly hard fighter to knock out during his career, while he delivers more punishment than the average opponent can handle.  He has an incredible 11 to 4 knockdown ratio and lands on point with 48.7 percent accuracy.  He's a headhunter as well, with 87.3 percent of his strikes going toward his opponents' noggins, and thus far in his UFC career he's finished three opponents by strikes.

It will be a tall order to put away Nelson, however, because during his 12-fight UFC career nobody has put “Big Country” away before the final horn sounded.  His chin is the stuff of fables - he's absorbed 523 significant strikes without ever being finished, which is a heavyweight record in the UFC.  Now just because he gets hit and refuses to go down doesn't mean Nelson doesn't dish out his own kind of damage.  He has the third most first-round knockouts in UFC history and his seven finishes tie him for second all-time in the heavyweight division just behind champion Cain Velasquez, who has nine.

While Nelson comes into this fight as a bit of an underdog, he's definitely worth the gamble. Plus, he might just find a way to finish this fight.  The opponents Nelson has struggled with the most during his UFC career have either been faster fighters such as Junior Dos Santos and Daniel Cormier or physically imposing with good range such as Stipe Miocic or Fabricio Werdum.  Nelson may have lost those fights, but he was never more than one right hand away from finishing each of them.

Hunt is a stationary target in most of his fights with limited footwork, and that bodes well for Nelson to load up on his right hand and just uncork shot after shot until one gets through to finish the fight.  Hunt's chin is almost as legendary as Nelson's, but he has been finished previously and years of accumulated damage suffered during his kickboxing days could finally result in a knockout loss in this fight.  Nelson hits like a battering ram, and for one of the rare times in his career, he's going to be the faster and more nimble fighter.  Watch for Nelson to stay on the outside early and then pop in for one of his customary haymakers to eventually put Hunt away by knockout.

Undefeated lightweight prospect Myles Jury already took out another Octagon legend when he beat up Diego Sanchez for three straight rounds before cruising to a unanimous decision victory in his last fight and now he'll look to take out the greatest PRIDE lightweight of all-time when he faces “The Fireball Kid” Takanori Gomi.

Jury has been virtually flawless since coming to the UFC following his stint on the Ultimate Fighter a few seasons ago.  A wrestler by trade, Jury has developed into an extremely well-rounded fighter, mixing in takedowns and superior stand-up in almost every fight he's had in the Octagon.  Jury puts opponents down with 70.6-percent accuracy, and he out strikes his opponents by almost one and a half significant strikes per minute.  That statistic is particularly important because Jury absorbs the fewest strikes per minute of any lightweight in UFC history.  Considering Gomi's tendency to load up on punches to land the knockout blow, Jury's defense will be key in this fight.

Gomi may not have the ranking he once did, but he's still a very dangerous fighter capable of putting Jury's lights out with one shot.  He possesses a 10-2 knockdown ratio while earning nine KO/TKO victories.  He might still have the best one-punch knockout power in the division so Jury has to be careful any time he gets into exchanges with the Japanese fighter or he might wake up in the back wondering what just happened.

That said, Jury has to be the overwhelming favorite to get the win in Japan, most likely putting Gomi down by unanimous decision.  Jury is smart enough to know to stay out of Gomi's range with punches and he can force the fight to the ground where he definitely has a huge advantage over his opponent.  Jury refused to be drawn into an outright slugfest with Sanchez, and there's little chance he'll take Gomi's bait either.

Jury should be able to out quick Gomi to the punch, move in and out and then throw in a few takedowns for good measure on his way to a one-sided decision when it's all said and done.

One of the most interesting fights on the main card from Japan will be the women's bantamweight showdown between former Strikeforce champion Miesha Tate and undefeated Japanese prospect Rin Nakai.

Nakai is a former Pancrase fighter who has been a dominant ground technician for much of her career, with her last two wins over veteran fighters Tara LaRosa and Sarah D'Alelio likely securing her a spot on the roster.  Nakai is primarily a grappler, with powerful throws and a dominant top game.  She's best when being the aggressor, but she'll show patience when working for a takedown or securing a position to land a submission. Nakai will also have the home field advantage fighting in Japan, so she gets to avoid the long travel and jet lag her opponent will deal with during the week.

Miesha Tate is no stranger to adversity, however, and she remains one of the best fighters in the women's bantamweight division.  She's a supremely strong wrestler with a serious submission arsenal, but what will likely win her this fight is a better striking game than her Japanese counterpart.  Tate has worked tirelessly to improve her stand-up and she showed that in her rematch with Ronda Rousey last year, cracking the champion with several big punches before the fight eventually ended up on the ground.  Tate will also employ a five-inch reach advantage in this fight so she's going to be best served establishing a jab early and then popping Nakai with it over and over again.

Nakai is a good prospect, but even with an undefeated record she's got a tall order trying to tackle Tate on her first day in the UFC.  She still may develop into a contender one day, but it's not likely going to start on Saturday.  Tate should be able to control the range, cracking Nakai with punches while avoiding the takedown on her way to a unanimous decision victory.

While there are no odds currently available for this flyweight matchup on the main card for UFC Fight Night in Japan, it's likely Kyoji Horiguchi would be the biggest favorite for the entire night.

Horiguchi is a powerhouse at 125 pounds, and he's probably going to end up making a run at the top 10 after this fight, but he still has to be cautious not to overlook Reyes despite his obvious advantages.  Horiguchi is good everywhere - almost four significant strikes landed per minute and nearly two takedowns per 15 minutes in the cage with 60 percent accuracy.  He knocked out Dustin Pague in his debut before dominating Darrell Montague in his last fight.

Reyes is a good fighter for the flyweight division, but he's going to have to pull off a miracle to win this one.  He's got a good submission game and better than average striking, but facing a top 15 flyweight like Horiguchi is a tall order for the best of the best in the division.

Look for Horiguchi to close the distance and punish Reyes on the feet before tossing him to the ground and getting the finish.  There's no such thing as a lock in MMA, but this might be as close as you'll get on this card.  Horiguchi wins and wins big.