Check out UFC.com's complete Fight Night Halifax Preview for everything you need to know about the prelim card, including fantasy focus. 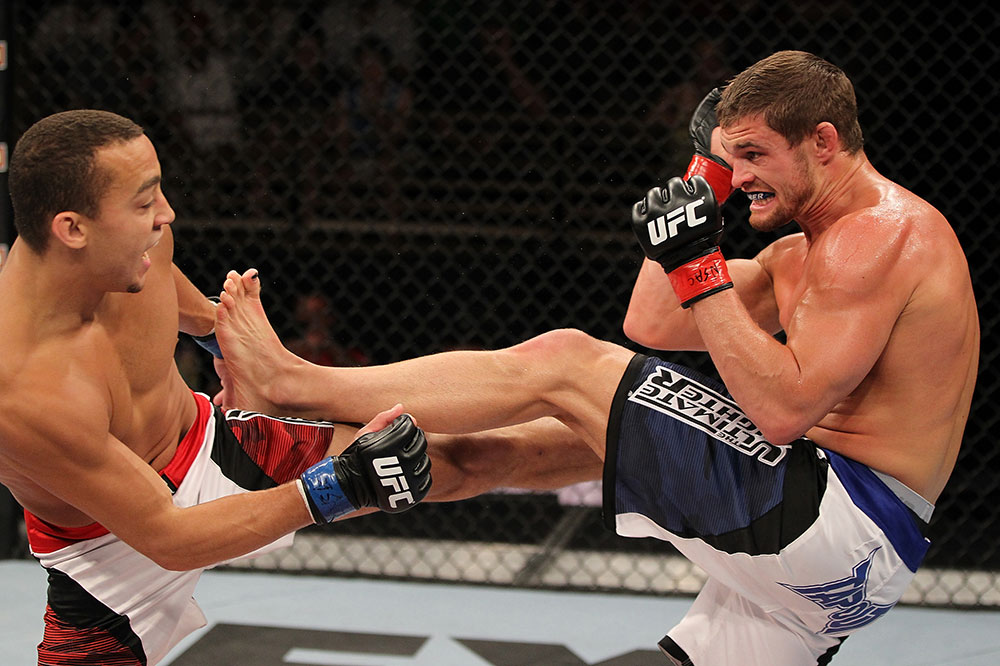 When the UFC debuts in Halifax, Nova Scotia, Canada this weekend, the preliminary card will feature some of the top up and coming talent from home and abroad, as well as a featured lightweight fight between two of the most dangerous strikers in the division.

Daron Cruickshank, who is known for uncorking some of the wildest and most devastating kicks at 155 pounds, takes on Anthony Njokuani, a noted Muay Thai specialist with knockout power in both his hands and feet.

Also on the card, powerful Canadian wrestler Olivier Aubin-Mercier returns following a razor close loss in his last fight in the TUF Nations finale as he takes on second-time UFC fighter Jake Lindsey.  Also fighting this weekend is Irish flyweight Patrick Holohan who makes his second appearance in the Octagon after an extremely impressive debut in July.

In today's fantasy preview we'll look at some of these matchups on the preliminary card to see who should come out on top and if there might be a Performance of the Night bonus or two handed out to some of the standout fighters on the show.

Any time Daron Cruickshank is fighting there's no telling what could happen next. The Detroit native loves to surprise his opponents with a varied Taekwondo attack that oftentimes results in spinning kicks and punches that leave the crowd in attendance in awe of what he's able to do in the Octagon.  Cruickshank has fallen short against the better competition he's faced, but he's always willing to make it a show, and he looks for the knockout at all times.

His opponent, Anthony Njokuani, is a noted Muay Thai specialist with a solid kickboxing base who isn't as flashy as his opponent but he's much more technical in his delivery. Njokuani averages over four strikes per minute with 46 percent accuracy, which is a very solid rate in the lightweight division.  He likes to land in volume more than looking for the one-punch knockout, which bodes well for him because he won't stand on the outside just winging strikes with Cruickshank until one of them falls over.

Njokuani has succeeded for most of his career when he's able to keep fights standing, and unless Cruickshank totally abandons his recent striking-heavy performances, he'll be looking for the knockout in this matchup.  That means the advantage goes into Njokuani's corner as long as he avoids any wild strikes and doesn't get sloppy in his delivery.

Canadian Olivier Aubin-Mercier will enter his second UFC fight in a row against a competitor most likely attempting to take his head off.  Jake Lindsey likes the knockout and definitely prefers a stand-up fight. Chances are, however, he'll be looking up at the lights for the biggest majority of this fight because his Canadian counterpart is a grappling powerhouse who won't stop until they land on the mat.

Aubin-Mercier is a fighter who proudly imitates the style and form of his favorite fighter Georges St-Pierre, and while he's still far from the same level as the former UFC welterweight champion, he does possess many of the same basics.  Aubin-Mercier is unrelenting with his takedown attempts, and don't be fooled his abysmal 22 percent accuracy rate because that statistic is for one fight against Chad Laprise, who has some of the best takedown defense in the division.

Lindsey knows what it's like to go into deep waters, but he's likely never faced a tenacious wrestler like Aubin-Mercier, who will shoot from the outside, stick to the clinch on the inside and do anything in his power to either win the scramble or simply plant the fight on the ground and begin his attack.  Aubin-Mercier is no slouch with his submissions either, so Lindsey will have to be double prepared while he fends off the Canadian's attacks for 15 straight minutes.

There's no bigger slam dunk on the fight picks this week than Patrick Holohan taking on late notice replacement Chris Kelades, who accepted this fight on Monday after Louis Gaudinot was forced out of the bout due to a bout with pneumonia.

Holohan was already going to be a tough enough fight for Gaudinot, who is a far more experienced flyweight than Kelades when it comes to Octagon time.  Now Kelades has to deal with weight cutting and trying to formulate a plan to best Holohan after the Irishman has had several weeks to prepare and get ready for the timing of this card.

Holohan proved in his debut that he's learned a lot about wrestling defense, which he struggled with during his appearance on The Ultimate Fighter, and his striking and submissions are both top-notch.  It doesn't hurt that Holohan has also spent the last few months working alongside teammates Conor McGregor, Cathal Pendred and Gunnar Nelson as he gets ready for his second UFC fight.  With all four fighters competing within a two week span, Holohan has probably faced as tough a test as he'll get without actually stepping into the Octagon.

There's very little information available on Kelades outside of the fact that he does have a number of submissions on his record and did manage to pull off the ultra-rare gogoplata three fights ago.

Still, the odds are extremely long against Kelades doing much damage to Holohan, and if the butterflies start fluttering in his stomach, the Irish flyweight will waste no time putting him down and tapping him out.

Prediction: Patrick Holohan by submission, round one

It's an interesting stylistic matchup when Pedro Munhoz takes on former All-American wrestler Jerrod Sanders, who drops down two weight classes for this fight after debuting at 155 pounds.  Sanders didn't have a great showing in his debut, so he's certainly hoping for better results this time around.  It's not going to be easy because Munhoz is a real threat to be a contender one day in the future.

The 28-year old Brazilian, who trains out of the same camp as middleweight icon Anderson Silva, is a very well-rounded fighter with devastating finishes on the ground and deadly knockouts on the feet.  He lost in his first UFC appearance, but even that has to be taken with a grain of salt considering he took the fight on short notice and proceeded to have a close, hard-fought battle with Raphael Assuncao, who is currently one of the top contenders in the bantamweight division.

Sanders comes from a wrestling background, but even his takedowns might backfire against a fighter like Munhoz.

Munhoz is quick to the punch, counters well with 3.21 strikes of his own landed per minute, and he lands his own takedowns with 66.57 percent accuracy.  It all adds up to disaster for Sanders, who is a tough customer, but just isn't getting a favorable matchup with Munhoz. Chances are if Sanders plays with fire he'll either get caught in a submission while attempting the takedown or get knocked out on the feet.  Munhoz has the ability to be that good and Sanders is just in the wrong place and the wrong time with the wrong opponent.