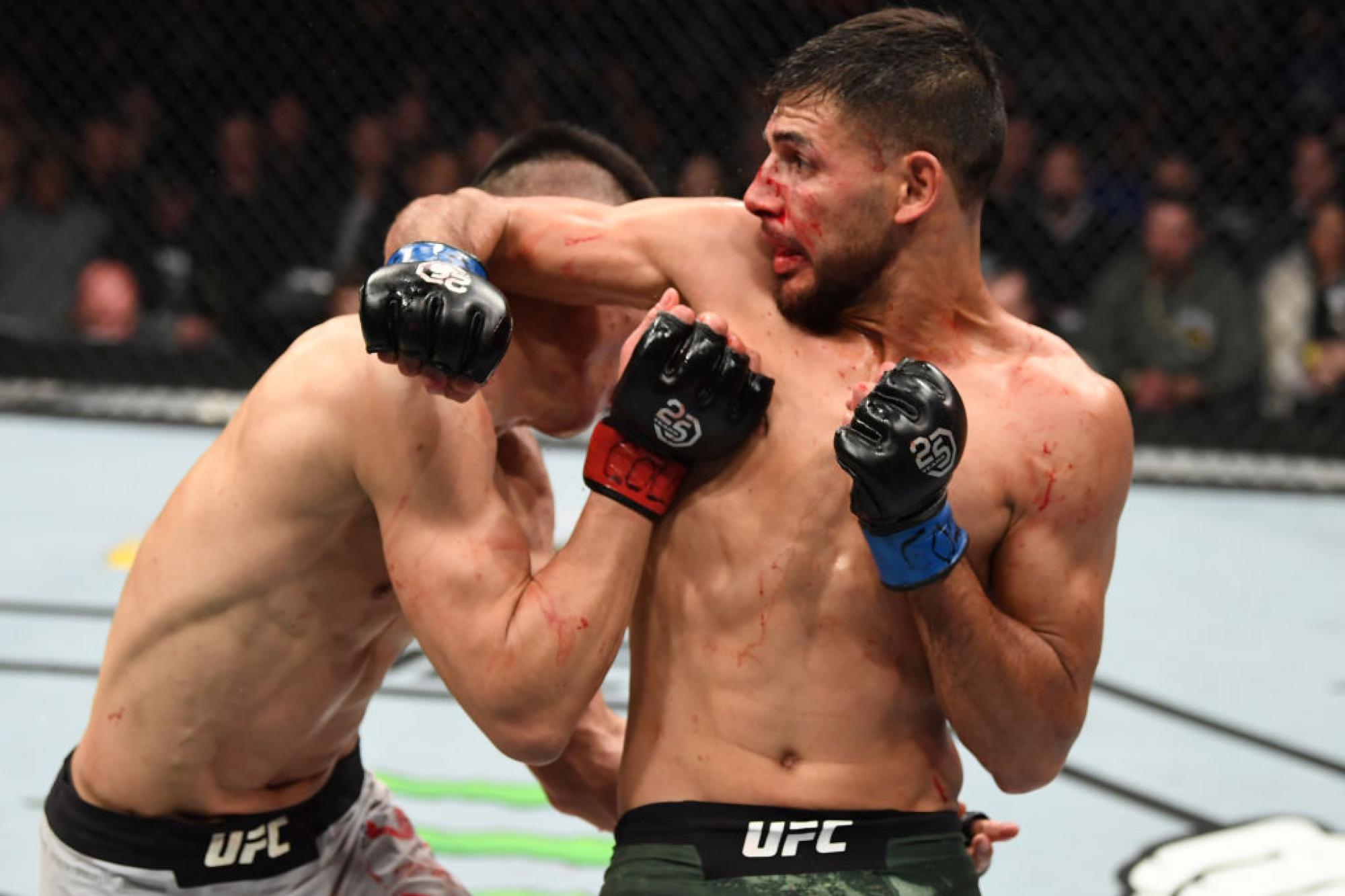 Saturday’s UFC Denver event is in the books, and now that the dust has settled in Colorado, it’s time to go to the scorecard to see who the big winners were at Pepsi Center.

Yair Rodriguez caps off the UFC's 25th anniversary event with a knockout win over The Korean Zombie in the final seconds of an instant classic at UFC Denver.

1 – Yair Rodriguez
There were questions about Yair Rodriguez heading into last Saturday’s card in Denver. Was he still the phenom we all thought he was? Did Frankie Edgar take something from him in their bout that was never coming back? Did he still have the goods to challenge the elite at 145 pounds? Well, after his stirring knockout of Chan Sung Jung, let’s just say yes, no, yes to those questions. For 24 minutes and 59 seconds, Rodriguez fought his heart out. Yes, he trailed on two scorecards heading into the final round, but he still kept fighting until he delivered the Knockout of the Year for 2019. It was an affirmation that the Mexican battler is the real deal, and that he’s ready for the best in the featherweight division. After a long deserved rest, of course.

2 – Chan Sung Jung
Yes, I know, a loss is a loss, it costs a fighter half his check, and it’s a tough pill to swallow, especially when you’re one second away from a victory on the scorecards. But Chan Sung Jung wasn’t fighting for a decision on Saturday night. He never does. And over the course of his nearly five rounds with Yair Rodriguez, “The Korean Zombie” reminded us why we love this sport – and on the UFC’s 25th Anniversary show, no less. If you hadn’t tuned in to the UFC since 1993 and you saw Rodriguez-Jung, I bet you’ll be sticking around. On Sunday, Jung made a post on social media saying that he was embarrassed. Mr. Jung, I feel secure speaking for the entire MMA community in saying that you have absolutely nothing to be embarrassed about. You are a prime example of a sportsman and a fighter. You showed up to fight and gave everything you had to win. What’s more glorious and praiseworthy than that?

Donald "Cowboy" Cerrone meets backstage after making history in Denver with a submission win over Mike Perry at UFC Fight Night: The Korean Zombie vs Rodriguez.

3 – Donald Cerrone
As I was waiting for Saturday’s main event to begin, I was already plotting out this column and thinking that nothing Rodriguez and Jung would do will top “Cowboy” Cerrone’s effort. I was wrong, of course, but I still believe that Cerrone was a huge winner after his submission of Mike Perry. Most wins in UFC history. Most finishes in UFC history. In his hometown of Denver. And with his son at Octagonside. How remarkable is that night for a guy who has earned every accolade he’s received and then some? Pretty damn special.

4 – Maycee Barber
With a nickname like “The Future,” 20-year-old Maycee Barber is going to have a brighter light on her than most prospects, but here’s the thing: she can handle it, and she loves it. Oh yeah, and Barber believes it too. That may be the key to her achieving her goal of becoming the youngest champion in UFC history. She’s got the talent, she’s got the confidence and she’s got the drive, and if she keeps performing on fight night, the future may be here before we know it.

5 – Devonte Smith
What a difference a year makes. From driving and unloading trucks in Ohio to training with one of the top teams in the world and knocking people out in Colorado, Devonte Smith told me before his Saturday finish of Julian Erosa that he’s had a life-changing 12 months, and this charismatic knockout artist may see that world change even more in 2019 if he keeps on his current path.