The women's bantamweight division crowned a new challenger for the title on Saturday night, as Valentina Shevchenko submitted Julianna Pena with a second-round armbar to likely secure a rematch with champion Amanda Nunes later this year.

It was certainly a shocking way for Shevchenko to finish the fight, considering that she's best known as a prolific striker, but Pena was relentless in her efforts to get the fight to the ground.

Actually, Pena nearly locked up an armbar submission of her own at the end of the first round, but the roles were reversed as Shevchenko secured the hold late in the second before getting the tap.

According to fantasy players, Shevchenko was a solid favorite going into the night, with 58 percent picking her to get the win over Pena, but another 61 percent said she would get the job done by decision. For the small minority who picked Shevchenko to win by submission, that certainly added some points when the fight card was over.

The co-main event saw a massive upset according to fantasy players, as Jorge Masvidal finished Donald "Cowboy" Cerrone with a second-round TKO to stay undefeated in his campaign in the welterweight division. A whopping 90 percent of players picked Cerrone going into the night, with only 10 percent going with Masvidal.

Masvidal certainly proved a lot of people wrong with his performance, as he outgunned Cerrone in the first round before finally putting him away in the second. 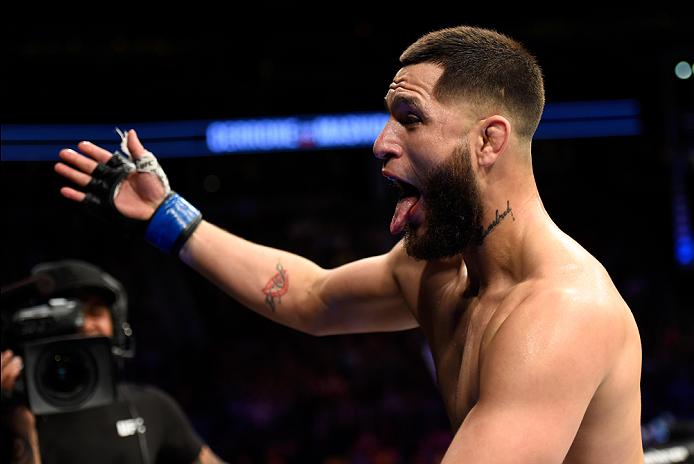 While Masvidal pulled off the upset, rising star Francis Ngannou was one of the biggest favorites to get a win on Saturday night as he tore through former heavyweight champion Andrei Arlovski with a vicious first-round knockout.

A total of 76 percent of fantasy players had picked Ngannou to win, but even more impressive was the 89 percent who selected him to win by knockout as the monstrous Frenchman remains undefeated in his UFC career.

The main card ended up split between favorites and underdogs getting wins as Jason Knight pulled off an impressive second-round submission to put away Alex Caceres. Only 30 percent of fantasy players had Knight winning going into the night, with another 62 percent saying he would win by decision. Knight certainly pulled off a huge win before asking to face "The Korean Superboy," Doo Ho Choi, in his next fight.

On the preliminary card, Sam Alvey picked up another impressive win after battling it out with veteran middleweight Nate Marquardt. 65 percent of players had picked Alvey to get the win and he came through with flying colors while defeating Marquardt in his hometown of Denver. 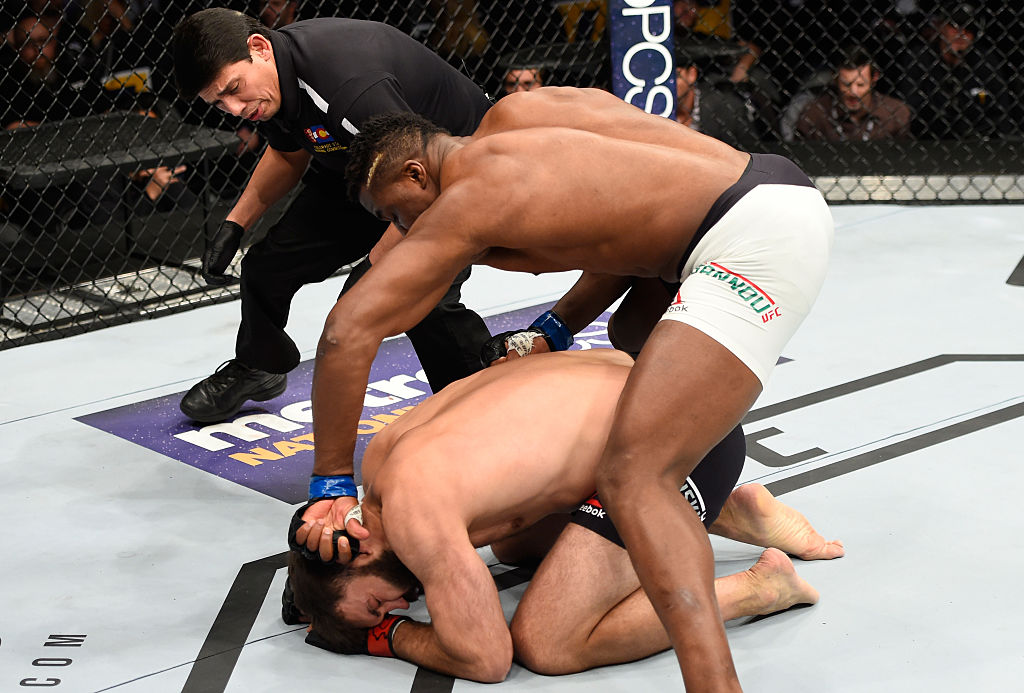 The mix of favorites and underdogs getting wins continued throughout the preliminary portion of the card, including Raphael Assuncao getting a narrow split decision win over Aljamain Sterling after only 45 percent of fantasy players picked him going into the night. Meanwhile, Li Jingliang was selected by 59 percent of players prior to getting a win over Bobby Nash, who was making his UFC debut.

Jordan Johnson pulled off one of the bigger upsets on the card, as he took out Henrique da Silva in his UFC debut after just 24 percent of players picked him to win. Because it was Johnson's first fight in the UFC, his victory also accounted for an extra 40-point bonus for the players who picked him to win.

Both Eric Spicely and Marcos Rogerio de Lima came through with victories as two of the biggest favorites on Saturday night. Spicely picked up another submission victory as he took down Alessio Di Chirico, with 73 percent of players selecting him to win and another 48 percent saying he'd get the job done by submission.

De Lima had a whopping 80 percent of players picking him to defeat Jeremy Kimball, and another 63 percent picking him to win by knockout, which is exactly what he did by way of a devastating first-round finish.

All told on Saturday night, a total of eight favorites came away victorious at FOX UFC Fight Night: Shevchenko vs. Pena, while four upsets happened according to the selections made by fantasy players.