Tough one to pick in the main event, and that’s what you want to see in a headliner. Both Edson Barboza and Kevin Lee are coming off losses in which you could see what it took to beat them, but can Barboza replicate Tony Ferguson or Lee replicate Khabib Nurmagomedov? Lee’s got a better shot at pulling off a ground-and-pound victory than Barboza does of submitting Lee, but Barboza has those kicks that equal everything out. If he can keep Lee standing long enough to batter his legs, this is an entirely new fight. So Lee has to be fast and he has to be first, and he has to keep Barboza from getting too much time to work his standup game. 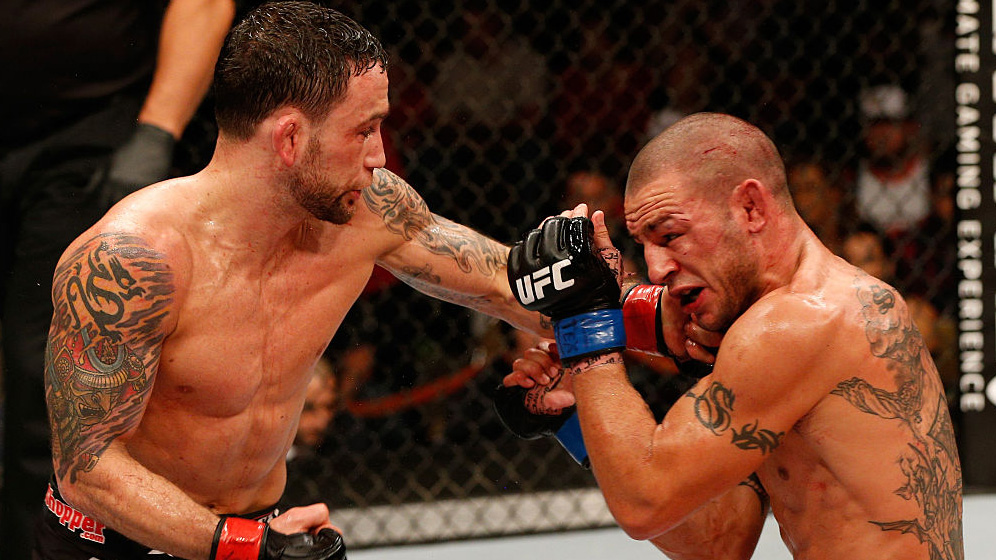 So what has changed since Frankie Edgar’s first win over Cub Swanson in 2014? Well, they both ran into Brian Ortega and those bouts didn’t go too well, but other than that, the strategies for both should remain unchanged: Edgar wants the fight on the ground and Swanson wants to keep it from going there. The added factor is that Edgar can still win on the feet, mainly because if he can keep the threat of the takedown in Swanson’s mind, “Killer Cub” will have that slight bit of hesitation that keeps him from being at his best, which is when he’s freely firing off strikes from all angles.

JUSTIN WILLIS VS CHASE SHERMAN
I could just go the usual heavyweight breakdown route and say whoever lands first wins when Justin Willis faces Chase Sherman. And hey, with big men and little gloves, anything can happen, but I think Willis is the more durable of the two and has some tricks in his bag that we haven’t seen yet. Let’s find out if Sherman has the ability to force his opponent to use them.

DAVID BRANCH VS THIAGO SANTOS
On a card filled with compelling matchups, this is one of the most interesting to watch. Thiago Santos has been a terror over the last year, going 4-0 with four knockouts. And if he can blitz David Branch early, he could make it 5-0. But Branch is a crafty character with an iron jaw who will hold a decided edge in the fight if he shakes off Santos’ bombs and keeps moving forward. Very important fight for the middleweight division.

ALJAMAIN STERLING VS BRETT JOHNS
Oh yeah, his is a good one at 135 pounds. Aljamain Sterling returns after a devastating knockout loss to Marlon Moraes to take on unbeaten Brett Johns, whose most recent victory took all of 30 seconds. Sterling is hungry and determined to get back into the win column and back into the title race, while Johns is equally ambitious when it comes to getting among the elite at 135 pounds. Don’t know if this will be more tactical or tumultuous, but it deserves your attention. 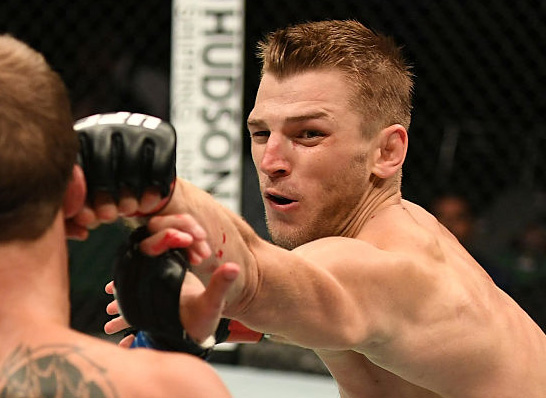 I love this fight too. Jim Miller and Frankie Edgar are the patron saints of New Jersey MMA, and it’s good to see them both getting the spotlight this weekend. And though Miller has been going through a rough patch as of late, I wouldn’t count him out of any fight, even against a rising star like Hooker, who is steadily moving his way up the lightweight ladder with back-to-back wins over Ross Pearson and Marc Diakiese.

RYAN LAFLARE VS ALEX GARCIA
Welterweights collide in prelim action at Boardwalk Hall, and this is a hard bout to pick simply because LaFlare has been on the sidelines for nearly a year and Garcia has been erratic throughout his UFC career. “The Dominican Nightmare” looked spectacular his last time out, as he spoiled the Octagon debut of Muslim Salikhov, but will he keep that momentum going against Long Island’s LaFlare, who is coming off a knockout loss to Alex Oliveira last July?

Highly touted flyweight Magomed Bibulatov took a shocking knockout loss to John Moraga in his last bout in October, putting a stop to his perfect pro record. Now he returns to face Ulka Sasaki, and while the Japan native has been sharpening his game with Ray Longo and the squad in Long Island, the ultra-talented Bibulatov still has to be the favorite to get back on track on Saturday.

SIYAR BAHADURZADA VS LUAN CHAGAS
It’s a new year and time for Siyar Bahadurzada to make an appearance. All joking aside, though, after one fight in each of 2016 and 2017 (both finishing wins), it would be nice to see the Afghanistan native use this bout against dangerous Brazilian Luan Chagas to kick off a stint in which he’s fighting three times a year and beginning a run at welterweight gold.

COREY ANDERSON VS PATRICK CUMMINS
A Fight of the Night may be lurking on the FS1 prelim portion of the card, as Corey Anderson tries to snap a two-fight losing streak against Patrick Cummins. Both of these light heavyweights are gritty competitors who have found themselves in more than their share of blood, spit and sweat-flying brawls, and it’s a pretty good bet that it will be another one of those this weekend.

It’s an important battle at 135 pounds on Saturday night, as rising star Aspen Ladd puts her unbeaten record on the line against Leslie Smith. This is interesting to me because while Ladd has the talent to compete at the highest level of the game, how can anyone ignore the experience level of Smith, who has faced a Who’s Who of the sport, including Cris Cyborg, Sarah Kaufman, Irene Aldana, Jessica Eye, Raquel Pennington and Barb Honchak, just to name a few. So can experience beat the young gun? We’ll find out soon.

MERAB DVALISHVILI VS RICKY SIMON
Ricky Simon didn’t get a UFC contract after his win on Dana White’s Tuesday Night Contender Series, so what did he do? Scored two more wins and then got a short notice call to face Merab Dvalishvili on Saturday. This kid looks to be the real deal, but Dvalishvili is no joke either, so expect these 135-pounders to get after it.

TONY MARTIN VS KEITA NAKAMURA
A solid opener to the card pits Tony Martin against Keita Nakamura. After a solid UFC run at lightweight, Martin is moving to 170 pounds for a fresh start that includes a move to Florida to work with American Top Team. All good stuff, but Nakamura is a crafty fighter and a tough out. That’s the bad news for Martin. The good is that if he can beat “K-Taro,” he knows he belongs among the welterweights of the UFC.

For our 25th Anniversary, we are celebrating you, the believers. We want to hear your favorite UFC memory, first fight or how UFC has inspired you. #UFC #UFC25YEARS #UFCMinute pic.twitter.com/da5YA4z5mF
— UFC News (@UFCNews) April 19, 2018