The Fight Life Was Made For Bruno Souza

Fighting Has Always Been Bruno Souza's Passion, And Now That He's In The UFC, He's Out To Prove He Deserves To Be Here.
By Thomas Gerbasi, on Twitter: @TGerbasi • Mar. 25, 2022

If timing truly is everything, how fortunate is it that Bruno “The Tiger” Souza makes his second UFC start this weekend on a full training camp in the Year of the Tiger?

“It is the Year of the Tiger, right? It's not a coincidence and we're gonna see the beginning of it on March 26,” said Souza, who faces Luis Saldana at Nationwide Arena in Columbus, Ohio. “I kinda follow the Asian culture and, in this case, the Chinese culture. But the tiger, I have a good connection with it, and when something like this happens, that the first time I'm gonna have the opportunity to actually perform is at the beginning of the Year of the Tiger, I can assume that something is talking to me and it gives me a little bit more confidence of, okay, let's go, let's push.”

Last November, the Brazilian featherweight got the call all mixed martial artists wait for. The catch? He had six days to get ready for Melsik Baghdasaryan. It wasn’t an ideal scenario, but he had no problem with actually getting into the Octagon. As for the other parts of being a first-time UFC fighter…

“What surprised me was the paper work,” Souza said. “The paperwork was crazy. And I had to do all my medicals in New York in two days, so I spent the whole day in the street going up and down, but it's okay because it was a short notice fight.”

So his mentor, former UFC light heavyweight champion Lyoto Machida, didn’t warn him about the paperwork?

“Nobody warned me,” laughs Souza. And while the Madison Square Garden fight didn’t go his way, there were positives to be taken away from the decision loss, only his second defeat in 12 pro fights.

“I have a lot of good things to take away from the fight,” he said. “I definitely don't like that performance, but I didn't have time to get ready, so it gives me more confidence that I can fight whenever. We were the underdog in that fight, mostly because we didn't have time to get ready, so we tried to create a game plan to take the fight to our way and, at the end of the day, the fight happened the way that we wanted it to happen. We actually slowed down the fight, but it was not enough to win and I get it. But what we're most confident of is getting ready to fight in six days against a really tough opponent. Can you imagine what I can do with a full training camp like I'm having right now? So no matter what, I can fight whoever, however, no matter what.” 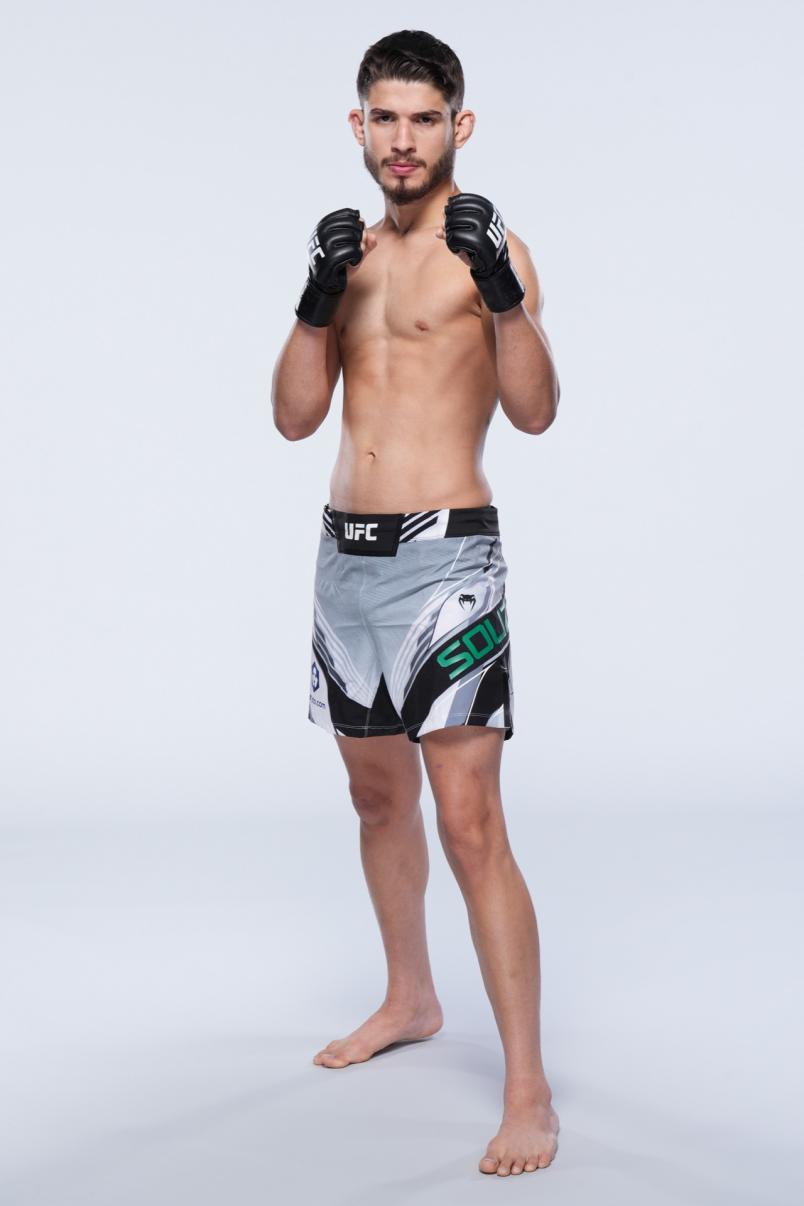 Bruno Souza poses for a portrait during a UFC photo session on March 23, 2022 in Columbus, Ohio. (Photo by Mike Roach/Zuffa LLC)

It’s what Souza does, and it’s what he’s done for the majority of his 26 years on the planet. In judo by three and in karate with the Machidas by four, this is in the Belem product’s blood, so it should be no surprise that after studying civil engineering for four years, Souza decided in the final year of his studies that fighting was going to be his full-time path. That didn’t go over too well with his father.

“My dad was almost murdering me,” Souza laughs. “He got mad for a long time. I get it. At the time, I had a few fights, but I knew that I had to come (to the United States), and let's be honest, I can go back to civil engineering whenever I want, but the fight game is for young people. Of course, you have older people that do it, but they don't start when they're old. So I knew I had to do it, and I had Lyoto to give me amazing support. I was able to stay at his house for as long as I had to, and all his family, they're family for me - him, Fabyola, the kids - I consider them family. So my dad freaked out, but my mom is always supportive. She never watched my fights, but she's always supported. And my sister is always supportive. It's hard, but you gotta do things that you don't want to do.”

In 2019, Souza made the move to California and, with the aid of Machida, began getting fights in the LFA promotion. Of course, it’s clear that things worked out but, at the time, it was a risky roll of the dice to leave a career back home to chase a fighting career in another country. Then again, that philosophy of having no safety net may be the key to his success.

“I take away any Plan B that I can possibly have,” he said. “I could keep fighting and studying, it was okay. But if I have somewhere to run to if something went wrong, I would never be a hundred percent focused on the fight. So I tried to take that away. I do what I need to do at the moment to make money, to make my living. But my focus is always on fighting.” 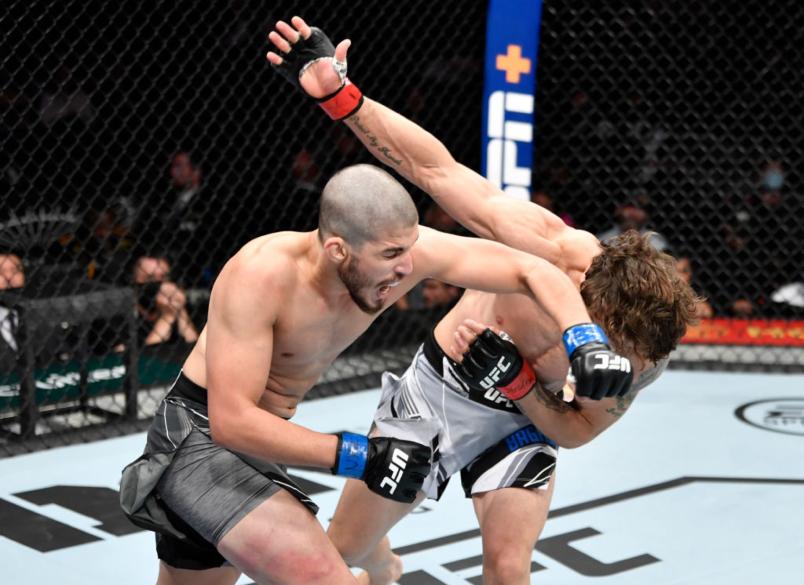 Bruno Souza of Brazil punches Melsik Baghdasaryan in their featherweight fight during the UFC 268 event at Madison Square Garden on November 06, 2021 in New York City. (Photo by Jeff Bottari/Zuffa LLC)

So while some fighters do this because they have to, Souza may be more dangerous because he wants to.

It’s not an easy life, but Souza has no regrets.

“Since I was 14 years old, I used to skip school because the training was the same time as school,” he said. “All the things that I did in my life was focusing on that. Even when I got into the university, I went a little bit away from training and I missed it. I was like, something's wrong. And every time I'm on the mat, I'm happy. So it's more about happiness for me and doing things my way.”

And here he is, just the way he planned it. A UFC fighter chasing a UFC title.

“In Belem, people say to be a Lyoto Machida is a one in one million chance, so you're never gonna make it,” Souza said. “My dad used to say that to me, and I'd say, you know what, I can do it. And if I don't do it, I'm gonna die trying. You want to prove to yourself that you can do these things.”