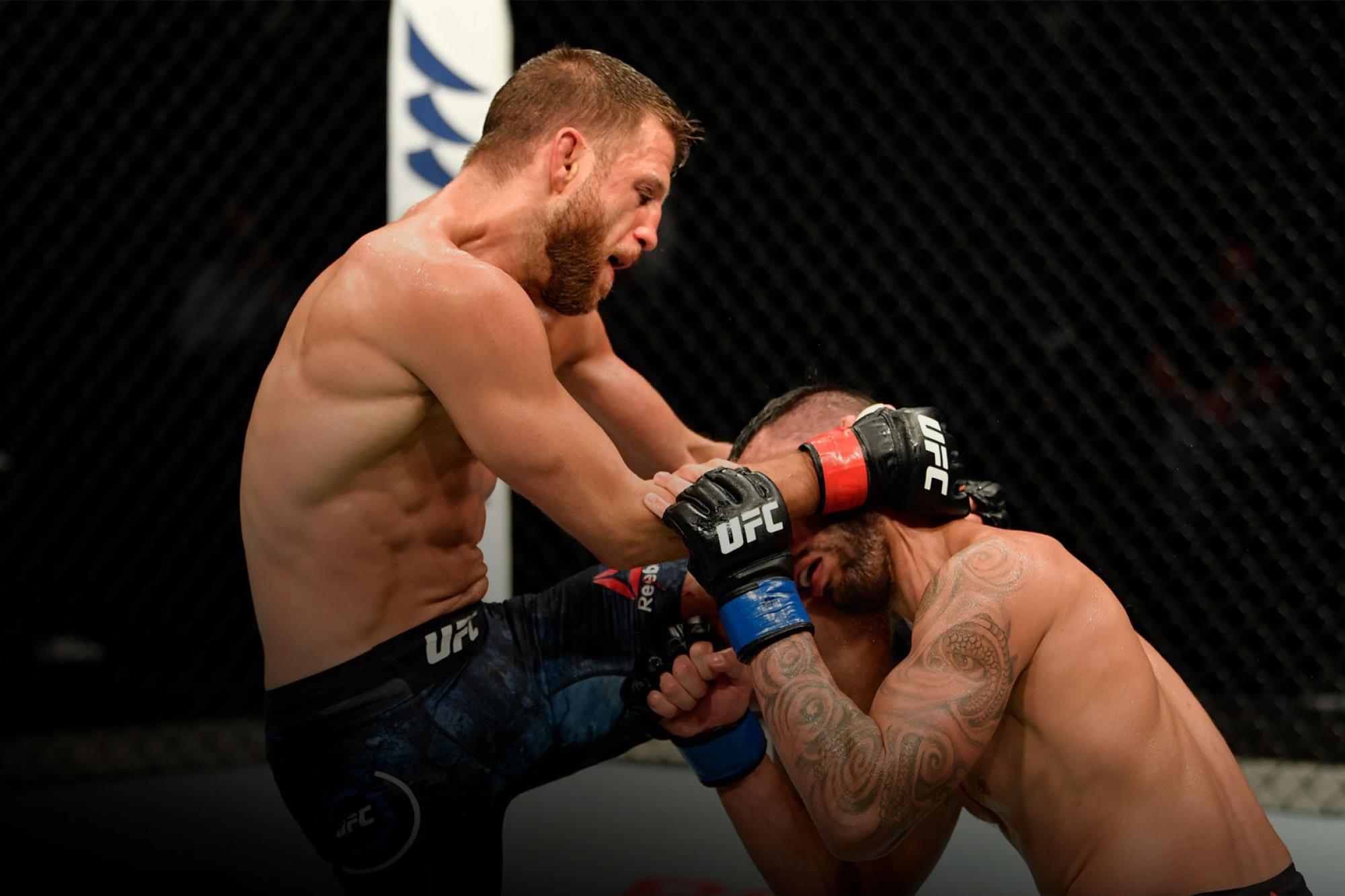 Saturday’s UFC Fight Island 1 event is in the books, and now that the dust has settled on Fight Island, it’s time to go to the scorecard to see who the big winners were at Flash Forum.

Calvin Kattar has arrived. Long under the radar, the New England Cartel standout got the main event spotlight for the second time in his last three fights, this time as the headliner of the only major sporting event on television, and he delivered under that spotlight by defeating the ultra-tough Dan Ige. Now it’s presumably on to even bigger fights, and while a title fight with champion Alexander Volkanovski would be top on his wish list, as a fan, who wouldn’t want to see Kattar throw hands with any of the featherweight top five of Holloway, Zabit, Ortega, the Korean Zombie and Yair Rodriguez? War, war, war, war, and war.

There’s been a lot of talk about Khamzat Chimaev over the last couple years, but you never know what those heavily hyped prospects will do on the big stage until they get there. Chimaev got there Wednesday night and he looks like he’ll be staying a while. Sure, John Phillips was a favorable stylistic matchup for him, but “Borz” did what you want to see in that situation, which is dominate, then finish. I’m not going to be cruel and put the “K” word on the 26-year-old, but tell me you didn’t see a little Khabib Nurmagomedov in the way he mauled Phillips?

When speaking to Lerone Murphy before his win over Ricardo Ramos, it was remarkable to me that a) he survived getting shot in the face several years ago, and b) he’s only been training in MMA since September 2013. It’s funny where life leads you sometimes, and I’m sure Murphy has no regrets about the choice he made to put the gloves on because he’s unbeaten, in the UFC, and coming off a finish of one of the top talents at 145 pounds. The scariest part? He’s only going to get better.

Lerone Murphy gets the first-round stoppage over Ricardo Ramos on Fight Island.

As one of the hardest punchers in the game, Abdul Razak Alhassan, unleased haymaker after haymaker on Mounir Lazzez, I almost cringed, thinking when one of these land flush, it’s going to be ugly. It usually is when Alhassan lands on an opponent. But then something odd happened. Lazzez weathered the storm and went on the attack himself, and over the next two and a half rounds, went from a relative unknown to a legit welterweight prospect. This fight game is something, ain’t it?

Jared Gordon had a million reasons to not want to fight on Wednesday night. Here’s a couple: his fiancée suffered a miscarriage and was then diagnosed with COVID-19. His corner all tested positive for COVID-19 and weren’t able to travel to Fight Island, leaving him to piece together a corner. His opponent missed weight. All valid reasons for saying, you know what, I’ll regroup and come back another time. Not Gordon, whose past battles in life have been well-documented. Then what does he do in the Octagon? He wins the fight, snapping a 1-3 stretch. The Athletic’s Shaheen Al-Shatti called the New Yorker “The Unbreakable Man.” That says it all.

Featherweight Jared Gordon talks about his long road to the Octagon and his dominant win over Chris Fishgold.