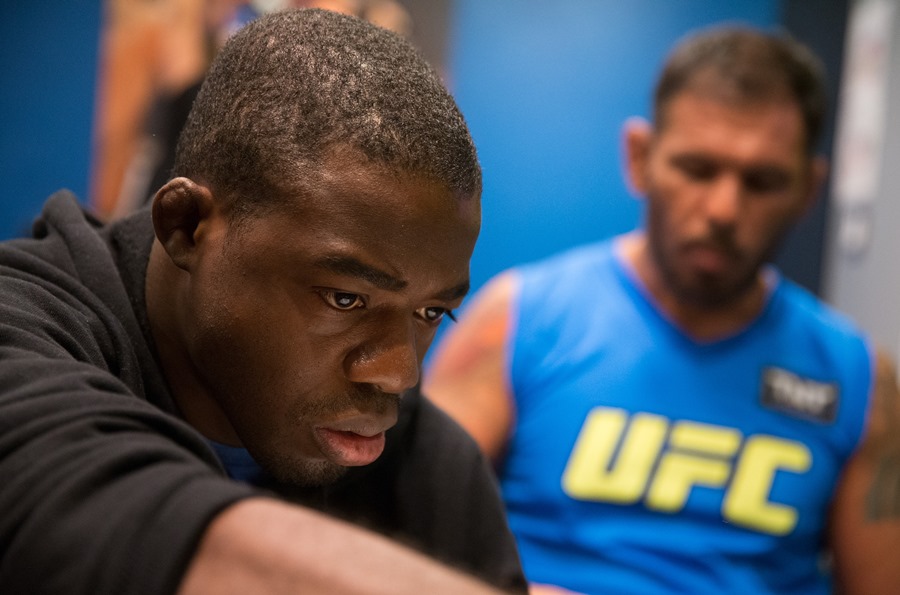 The images could be intimidating for anyone facing Fernando Bruno, whose nickname “Açougueiro” means butcher in Portuguese. But all is not always as it seems, especially when it comes to Brazilian fighters’ monikers.

First, Bruno used to work in a butcher shop at the Hotel Pestana. The rest, well, he can pick up the story from there.

“I was fighting at an event (against Valcenir Nicanor in 2009) and I got cut on my face and it was bleeding a lot,” Bruno said through translator Daniela Pederneiras. “But I went at him with everything and finished the fight with a heel hook. I got the nickname because my friends said that after the blood began to appear the fight became more interesting.” 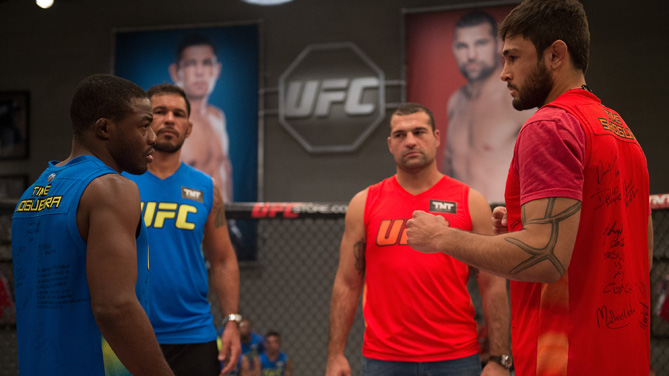 Six years and 14 wins later, Bruno still has the nickname, and on Saturday, he can add the title “Ultimate Fighter Brazil 4 winner” to his resume if he can defeat Glaico Franca in the lightweight final of the reality show. It’s a life-changing moment for the 33-year-old from Rio de Janeiro, one of several since he began training in combat sports at the age of eight in order to deal with childhood health issues.

“I believe that sports and some people in my life helped me to become a good person,” he said. “Many who grew up with me did not have that opportunity. I had to work hard to survive in Brazil.”

Beginning in judo, Bruno moved to jiu-jitsu at 13, when he met the renowned coach and co-founder of the Nova Uniao team, Andre Pederneiras, who took Bruno under his wing and led him to a World Championship in Jiu-Jitsu at the blue belt level at 17. The two still work together today, and Bruno is quick to express his admiration for his coach.

“Dedé Pederneiras received me in the gym with open arms and I have a very great admiration for him because he is a family man, coach, and administrator and he can still negotiate our fights as our manager. He welcomes everyone here and in business he always solves everything in conversation with some solution.”

Pederneiras has also put together one of the premier fight teams in not just Brazil, but the world, with Jose Aldo, Renan Barao, Thales Leites and Claudia Gadelha just a sample of the UFC fighters he has produced. Having that much talent around has also aided Bruno in his development as an MMA fighter, but as he points out, despite the high profile of his teammates, there are no egos in their gym.

“I am happy with the rise of my training partners and I cheer a lot for them,” he said. “But in the gym, everyone is equal. We don't have stars. Everyone helps those who will fight.”

And on Saturday, it will be Bruno’s turn to wave the Nova Uniao flag on the sport’s biggest stage. His fight with Franca comes after the two spent six weeks together on TUF Brazil 4, Bruno on Team Nogueira and Franca on Team Shogun, a trial by fire for any fighter, but one Bruno appreciates.

“It was very good, it was a unique experience,” he said. “I had a growth as a person that was very important for me.” 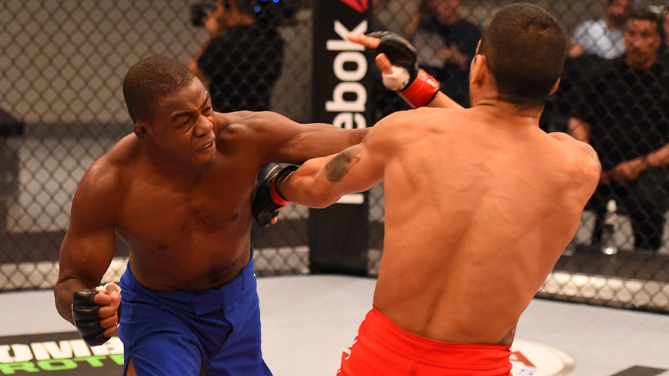 Victorious over Bruno Murata, Jack Fernandes and Nazareno Malagarie, with two of those wins coming by submission, Bruno had a smooth run through the fighting part of the competition, with the only difficulty for him being unable to see his daughter, who was seven months old during the show’s taping. Now reunited, Bruno can put his full attention on his UFC debut, something he wasn’t sure was ever going to happen, even after he won 15 of his first 17 fights leading up to TUF.

“Actually I was thinking about stopping and giving more attention to my family and to my daughter, to see her grow,” Bruno admits, but now that he’s got his shot, he’s ready to take it and prove a couple things. First, he wants to show that age is no issue for him, saying, “I do not think about myself as a veteran, because I still have a lot to show in the sport. If I do not talk about my age, everyone thinks I'm 21 years old.”

More importantly though, his desire is to show that this sport saved him and can do the same for others as well.

“It (TUF) gave the opportunity for us to show that this is not a violent sport, but just a sport like any other,” he said. “I'm basically showing the kids who have the same origin as I have that they do not have to be a criminal to live well.”