Felicia Spencer Is Fighting For Herself

Featherweight Felicia Spencer Found Her Self Fighting Without A Purpose — Something She's Since Changed As She Looks To Snap A Two-Fight Skid
By Maddyn Johnstone-Thomas • Nov. 12, 2021

This weekend, Felicia Spencer is excited to fight for no one else but herself.

Heading into her last fight against Norma Dumont, Spencer felt like she was just going through the motions, not really enjoying the process. This time around she has embraced training camp and the progress and growth that she has made.

“I had a difficult year the year prior to my last fight, losing my brother, so I was kind of just dealing with getting over the day to day and perspective,” Spencer said. “I feel like I was questioning perspective a little bit with why I was fighting or the purpose. There was definitely a lot of just getting through training at that time and this time I’m genuinely just excited to have a good performance and put my best foot forward for myself.” 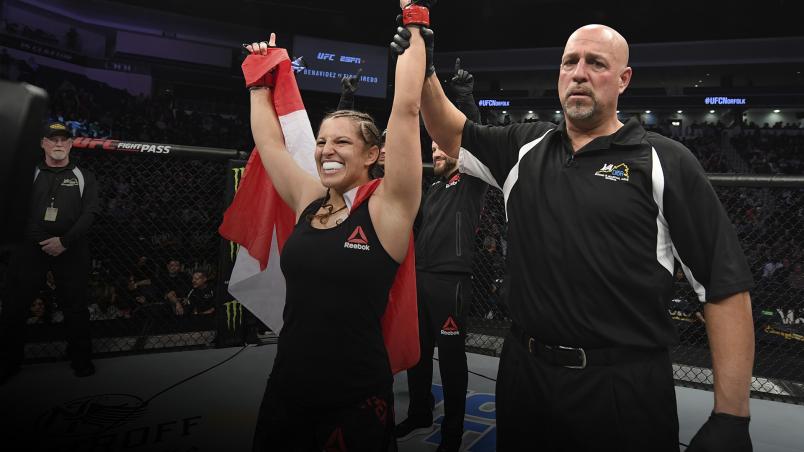 Spencer heads into her matchup at UFC Fight Night: Holloway vs Rodriguez looking to break a two-fight skid, after falling to Amanda Nunes for the UFC featherweight title, followed by a split decision loss to Dumont.

It’s no secret that Spencer has faced women with impressive recent resumes, but preparing for her bout this weekend is a bit different, as she prepares to take on Leah Letson, who hasn’t fought since 2018. Letson’s last fight came on The Ultimate Fighter 28 Finale on November 30, 2018, a fight in which she came out victorious.

Spencer doesn’t look at Letson’s absence from the Octagon as something that is hard to prepare for. Obviously, there are questions about where growth has happened, but this is also a chance for Spencer to put herself in a good position.

MORE FIGHT NIGHT: Fight By Fight Preview | Fighters On The Rise | Max Holloway Isn’t Afraid of The Hard Path | What Yair Rodriguez Wants With All His Heart

“It’s nice to really focus on myself with what I’m going to do, more than focused on reacting to what someone else is going to do and what I expect from them so, of course, we have our guess of game plan wise and fight wise how she’ll be, but it is very open ended, so I feel good,” Spencer said. “I feel like it’s going to put me in a good place to flow and have fun, but also push myself and keep the pace where I want it to be.”

The challenges that Letson present are ones that Spencer embraces.

"This time I'm more fighting for myself."

Felicia Spencer (@FeeNom479) discusses her new found perspective and how it will help her be successful at #UFCVegas42 🔊⬆️ pic.twitter.com/dfJFzgP8x3

“She’s super tough,” Spencer said. “I feel like both of us can kind of wear that on our sleeve that we are both really tough to put away. That’s going to be a challenge, a mountain that I’m ready to climb on Saturday. I’m ready to put her away, hopefully inside two rounds, and have a quick night.”

The 30-year-old isn’t focused on what others think of her, but when she reflected on the biggest thing that people misunderstand about her, she felt that some people thought she was “too soft for the sport”.

“I know I come off as soft-spoken and I know I’m like super Canadian and maybe that leads to questions about my motivation to fight or my fighting abilities,” Spencer said. “I feel like maybe I’m underestimated as far as like my actual skill that I do bring to the table, because I know that I do have skills.”

It’s interesting to hear Spencer say that she thinks people may see her as too soft for the sport, considering she has never lost by knockout or submission and her three losses have all gone the distance. Two of her wins have come by knockout and four have come by submission. She has shown a no quit mentality in some of the toughest fights. 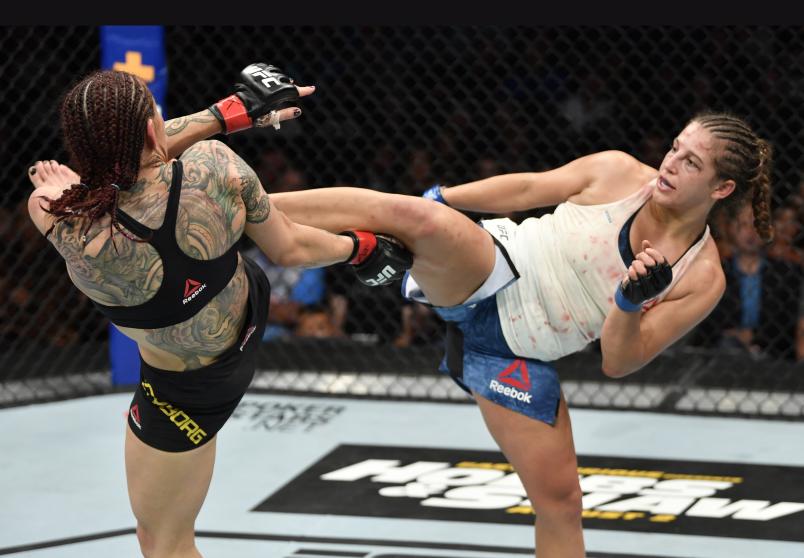 The mentality is no different for her fight this weekend. “Feenom” is confident with her preparation leading up to Saturday and all of that is going to translate into a good performance and a good mindset inside the Octagon.

What does a statement victory look like for Felicia Spencer on Saturday night?

“A statement for me is something that is exciting to watch for the fans,” she said. “A finish is a finish; a win is a win. I’m not going to put myself down if I have a boring win or a boring finish, but I would love to have something that’s memorable, something that everyone talks about. Whether it’s a TKO or submission, I expect one of those to come on Saturday.”