Felicia Spencer Eyes One Dream After Another

Montreal-native Felicia Spencer made every dream come true to this point. The next one: Beating Amanda Nunes for the featherweight title.
By Thomas Gerbasi, on Twitter @tgerbasi • Mar. 27, 2020

The wait seemed endless but was only a second. As Felicia Spencer answered a question about life changing for her should she defeat Amanda Nunes at UFC 250 on May 9, she began talking about keeping her friends close…

I waited, hoping that one of the nicest people in the sport would whip out a quote from The Godfather to put an emphasis on her intention to win the UFC women’s featherweight title.

But it never happened. I admitted my disappointment. She understood but couldn’t tell a lie simply for the purposes of this story.

“I don't really have that many enemies,” she laughed. 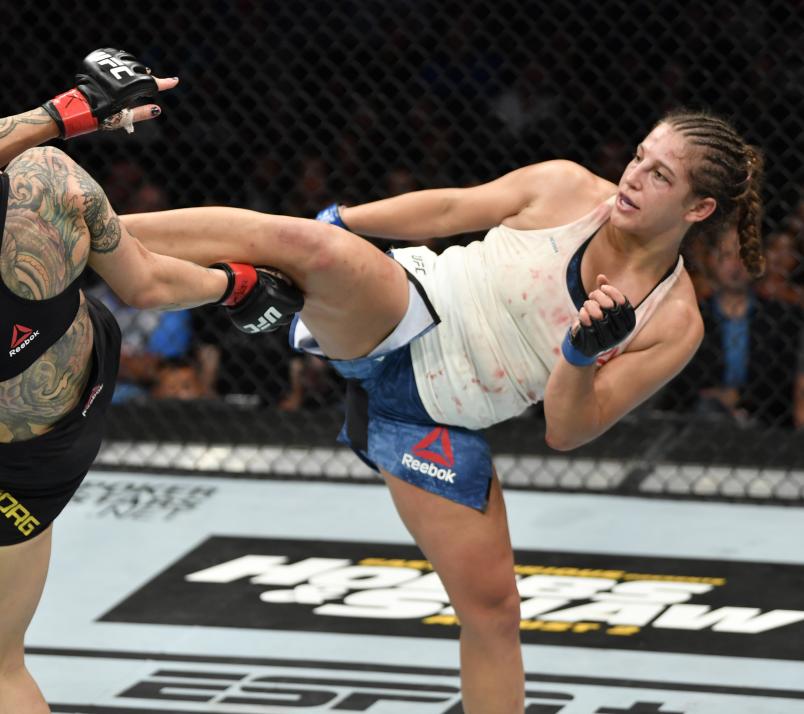 Most would be surprised if the 29-year-old Montreal native had any enemies, which makes sense when I jokingly asked if the four featherweights on the UFC Norfolk card last month got together before fight night and took a pact to deliver the kind of performances that would ignite interest in the budding weight class.

“No, nothing like that,” Spencer said. “Although it would be interesting to get us all together. It seems like everyone had no bad blood or anything. It seemed like a normal set of people, and we'd probably all get along just fine.”

There goes my last chance at a Godfather theme, but even with no meeting of the heads of the Spencer, Anderson, Dumont and Fairn families, it was apparent that the 145-pounders needed to make a statement in Virginia, and Spencer and former foe Megan Anderson did just that, both scoring emphatic first-round knockouts of Zarah Fairn and Norma Dumont, respectively. But as Spencer points out, she was just fighting the way she always does.

“I always have that intention every time I fight, no matter what the circumstances are, so, in that way, it was business as usual,” she said. “But I definitely recognized that it was an important night for the division and that if I wanted the people to be behind it that we would need to have an exciting night for the featherweights. So that was in my head, but it's always the goal for me to make it exciting and to want people to watch. It went hand in hand for me.”

The victory over Fairn, Spencer’s eighth in nine pro fights, put her neck in neck with Anderson for a shot at Nunes, and while the internet had its debates about who should get the title fight, Spencer’s performance, coupled with her first-round finish of Anderson last May, had her confident that she would get the call.

“I was pretty confident going into the week and coming out of that night that I would get the first opportunity to take that fight,” she said. “There was a lot of talk and everything, and I just take that in stride. For me, I don't really worry about things that aren't in my control, and I try to make an effort to not let that kind of stuff stress me out or anything. I felt like I would get that call and it all worked out, but if it didn't, I would understand and I would just have to deal with whatever came.”

That attitude has served the Florida-based Spencer well throughout her life and career, and it will serve her well in the coming weeks as she prepares to travel to Sao Paulo for her first UFC title fight. And yes, despite the COVID-19 situation, Spencer expects to fight in May and she’s acting accordingly.

“I'm still a hundred percent ready to fight on May 9th,” she said. “I haven't heard anything different, so I'm gonna just assume until that point that it's all going through. I don't want to take a step back in training and not give myself a hundred percent and show up on that fight day knowing that I didn't do everything I could. So I'm still giving it a hundred percent.” 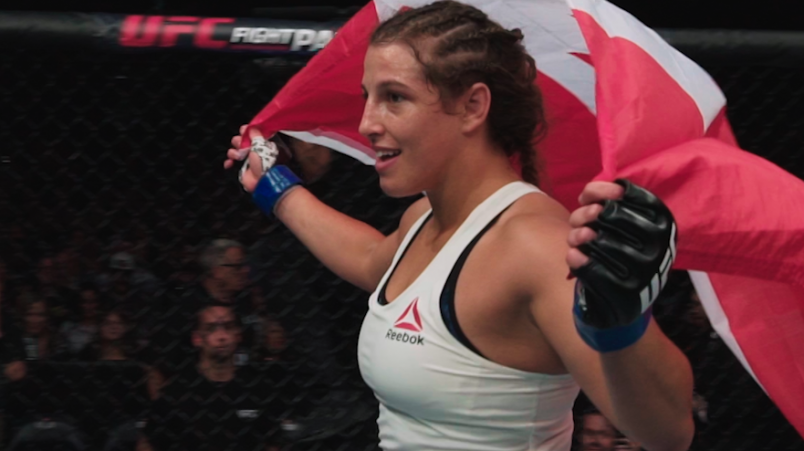 And if she upsets Nunes, she will shake up the MMA world, not just because she will have beaten the G.O.A.T. of women’s combat sports, but she will have done it less than a year since her UFC debut.

“It's kind of crazy,” Spencer admits. “It feels like I've been around the UFC for a while, and it has only been about a year since I was signed and less than a year since my debut.”

It is kinds of crazy, making you wonder how she manages to keep it all together?

“I'm really grounded, and with everything that I have going on in my life, I keep myself really busy and I have a lot of things that I do, so this is what I've been working for all this time and now that it's here, the work's not done; it's just continuing to improve and to reach the next level,” she said. “I feel like this has been a cycle: I achieve my dream and then I have to continue and move on to the next dream. First my dream was to fight for Invicta and then it was to be an Invicta champion and then to fight in the UFC and now be a UFC champion, so it's a never-ending cycle of setting goals, reaching them and setting new goals.”

So what does Spencer do for an encore with a win over Nunes?

“We'll have to find out,” she laughs. “There's always going to be something else that I want to do to continue and improve where I'm at. Maybe there's an opportunity that I don't even know exists yet. When I started to train and to fight, the dreams that I have now were not even plausible at the time. So I don't really plan that far ahead. I just want to get there and then the next step will present itself to me. That's what I'm waiting for.”

Whatever it is, she’s ready for whatever comes her way.

“I know that there will be some big changes,” Spencer said. “I'm going to be taking some time off of work (as a teacher), and who knows, it might be something that is a longer term of leave of absence. So I'm ready to make big changes and take big opportunities. Otherwise, I just keep my friends close and keep myself grounded.”